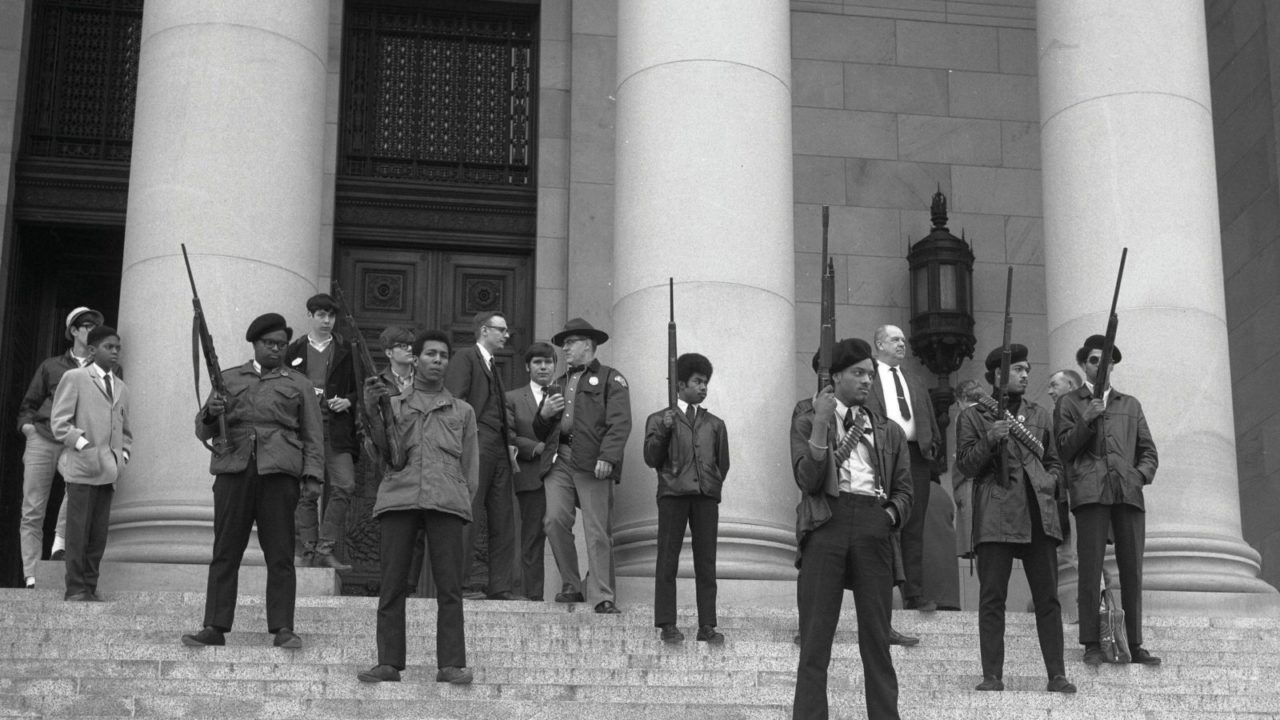 Once again, there was another heavily-publicized shooting, and once again, we are back debating guns. Judging by my Facebook feed, I would say the inevitable scrum on social media has become our new national sport. After this shooting, I intentionally looked at my watch and waited for the first ideological messaging to appear on Facebook – I didn’t wait long (three and a half minutes).  Within a few hours, there were multiple threads in my queue of ‘left’ hand-wringing and outrage and ‘right’ admonishments against gun control and wondering “if the Muslims did it.” It was nasty and unseemly as people became increasingly frothy and gleeful in their frenzied ‘debating’.

What was notable about this debate – as with the previous times there has been mass shootings – was the absence of the moderates. When it comes to guns, I tend to think most Americans are pragmatic moderates like me. They have little issue with the 2nd Amendment and can see the utility of firearms, whether they own them or not. But they are also understandably concerned about some of what they see and hear in the news – particularly when it is dead children in schools. Given moderate voices on guns seem to be in short supply; I thought I would share my thoughts here:

I support the 2nd Amendment as articulated in the Bill of Rights; but also a matter of our history. Firearms are part of our heritage and I cannot imagine it being any other way. Critics in Europe who are appalled at our easy acceptance of guns in are missing the point – guns are as American as apple pie. Our movies and TV are full of guns, our music is full of guns, we all played cowboys and Indians growing up, and we love soldiers in America. Domestic critics on the left can rail against it but given that the SCOTUS has reaffirmed the right, it doesn’t make any sense to argue that guns should go away.

SCOTUS may have reaffirmed the right to bear arms – but it did acknowledge in its decision the government can impose reasonable regulations pertaining to firearms ownership. This is a fact which I feel many on the right side of the debate rather not acknowledge but the SCOTUS clearly indicated that government can and does have a role here. Sometimes that governmental role may seem onerous – like in my home state of New York – but it is clearly a constitutionally consistent exercise of governmental authority. Many firearms laws have been challenged since Heller and almost all of them have been upheld by a variety of lower Courts. Bottom line: There is no unfettered right to owning firearms. 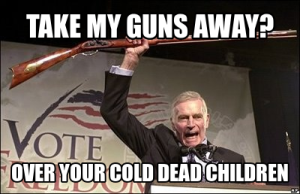 It seems like whenever guns come up, people start sharing all sorts of wild-ass facts and memes supposedly supporting their position for or against. When you dig down just a little bit, you find that the majority of it, particularly on the pro-side of the debate, is full of half-truths, conjectures and frankly, bad math and bullshit. I treat all of these ‘papers’ and ‘studies’ much like I do the Climate Change debate – if it isn’t peer reviewed academic research published in reputable scientific journals and using real data-sets from actual agencies/institutions, like the FBI crime statistics, then it is rubbish and not worth the effort to consider.

The vast majority of gun owners are responsible Americans. Statistically, this is an obvious but I think it is important to be said. Some of the rhetoric from the left is critically flawed and doomed to fail because it treats gun ownership as something unfortunate at best, or a critical moral failing and a danger to society at worse. This is stupid. Not only is it reactionary, it is also a mindset that is certain to ensure the maximum amount of hostility from lawful citizens who own firearms. No one who does the right thing and is law-abiding wants to hear, or even implied, that they are one step removed from the people that shoot cops and kids.

There are a lot of guns in America – 300 million privately owned firearms which equates to 50% of the world’s total if numbers are to be believed. What I find interesting is that while the raw number of weapons has risen, the historical number of households where a weapon is present has actually dropped by quite a bit. One figure I have seen is 65% of all the privately owned weapons are owned by 25% of the gun owners which makes me a bit uneasy – more to follow on this point. Despite the declining number of households with weapons, the raw number of armed citizens is still quite large with 70-80 million gun owners in this country. Any gun control law or regulation to be considered at the State or Federal level is going to have to acknowledge the reality of 300 million+ firearms in this country which are not going away anytime soon.