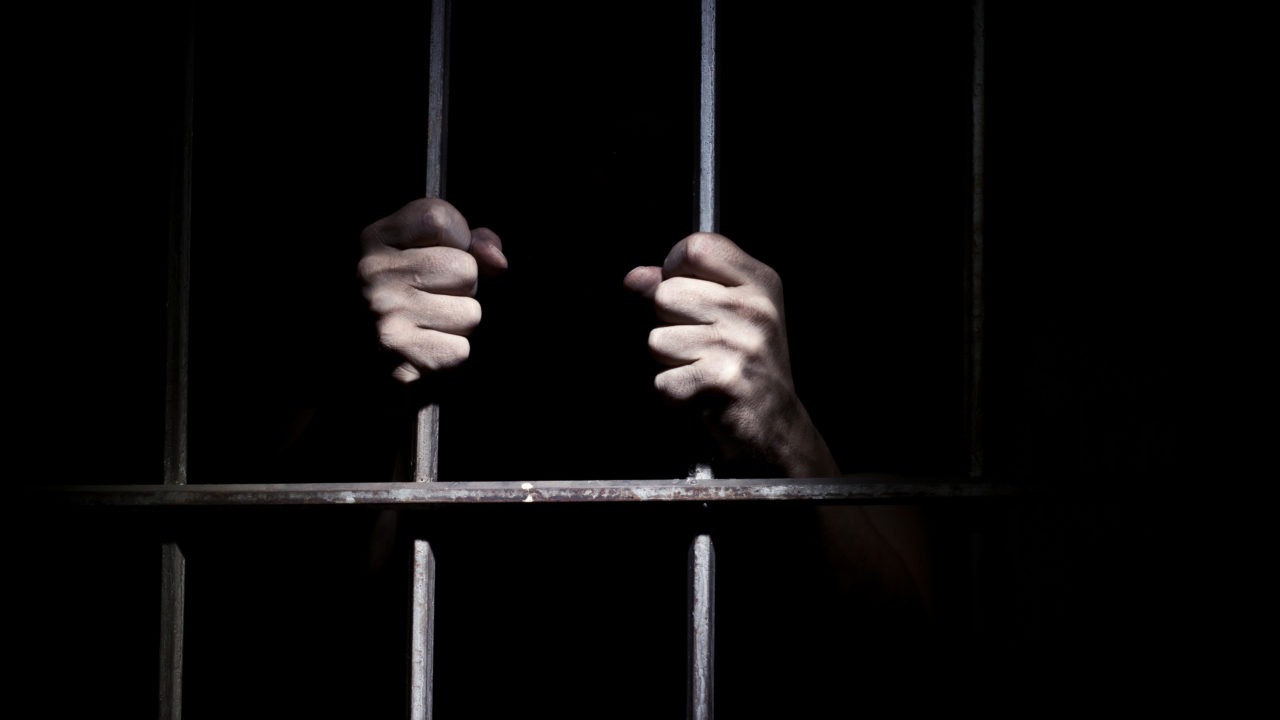 This first appeared in Frank’s blog on April 26, 2017. It is republished here with the author’s permission. This is part 3 of a 5-part series. Be sure to read part 1 “Be Careful” and part 2 “Disneyland.”

“There was all kinds of mean, nasty, ugly-lookin’ people on the bench there. There was mother-rapers father-stabbers father-rapers! Father-rapers sittin’ right there on the bench next to me! And they was mean and nasty and ugly and horrible. And crime fightin’ guys were sittin’ there on the bench. And the meanest, ugliest, nastiest one of the meanest Father-raper of them all was comin’ over to me. And he was mean and ugly and nasty and horrible and all kinds of things. And he sat down next to me. He said, ‘Kid, what’d you get?’ “

The guard stuck me into holding cell #11 with about fifteen other guys. The population was primarily black and Latino, with four whites in the mix. I was like a grain of salt in a pepper shaker. Almost everybody was either sitting on the benches or trying to sleep underneath the benches. There was a TV playing. I sat next to Mike the Guitarist. He seemed glad to see me. I didn’t know any of the other people. We had plenty of time to get acquainted.

The room was narrow with wooden benches on either sidewall. The concrete floor was painted a dark brown. The television was in the corner of the room furthest from the door. There were windows on either side of the door so that a person could look out at the hallway. There were phones built into the walls: three of them. The phones had no receiver. A person had to put his ear up against some holes in the wall to hear, and then talk into some other holes in the wall.

The sweetest accessory in the room was the combination toilet/drinking fountain. How thirsty are you?

Sitting next to Mike on the bench was a big Latino guy. He had a long, black beard which he had braided. He was a little fluffy, but I think that there was plenty of muscle under the fat.

Across from Mike was an emaciated white guy in shorts. His face was covered with grey stubble and his eyes looked like two bleeding sores. He needed a good dermatologist. The man worked in a body shop, and he told us how he was being falsely accused of domestic violence.

Standing near us was a young black man. He had on a black t-shirt that said “Murder” on it. Across the room was a middle-aged black man, well-built with greying hair. He liked to converse. He would have been a great talk show host. Big Latino asked the guard for a roll of toilet paper. The guard cracked the door open slightly and tossed the roll into the cell.

Everybody in the cell seemed decent enough. Of course, we were all there because we had been accused of committing various crimes, but that’s okay. If things got ugly, there was always the panic button next to the door. I had my doubts that a guard would get here soon enough to prevent somebody from being hurt, but that’s all we had available.

Mike mentioned that two fighter jets had buzzed our campsite across the road from the air base. The talk show host wanted to know what kind of jets they were. We weren’t sure, and then a conversation started about military aircraft. Talk Show was quite knowledgeable, and we discussed American, Russian, and Chinese planes for a while.

Later the conversation turned to sports. It started with basketball. That made sense since there was a game on the TV.

Body Shop Guy: “They need another guy like Larry Byrd! Somebody to run circles around you black guys!”

Talk Show: “Larry Byrd! That guy was the last of a breed. You ain’t never gonna see nobody like Byrd again. He was the Last of the Mohicans!”

Talk Show: “Boxing! Boxing? You serious? Who was the last white winner in boxing? Rocky Graziano? Shit. I mean you got guys like Klitschko, but they’re all Ukrainian. They don’t count. They are like black Russians. They’re like us! The Russians been beating down on those fuckers for years!”

The conversations were kept going to pass the time, but it still dragged. Some of these guys, like Body Shop and the Big Latino, had been in there for almost forty-eight hours already. People looked rough. Nobody knew when they getting out of the cell. The guards came by every few minutes to shuffle through the mug shot cards in the slot, but nobody left the pod.

More guys kept joining us. The flow was all wrong.

Eventually, the guards brought in two young black men. One of them went toward the far wall, near the television. The other guy stood next to the door. Talk Show tried to welcome them to our little group.

The man at the door was staring at the TV, and never even glanced at Talk Show. He said quietly, “I don’t know who you are. I don’t care what you think. I just want to watch the game without being distracted.”

The mood in the cell shifted ominously. It got worse when our new friend started talking with people that were invisible to me. He kept looking toward the ceiling and saying things like, “So what do you want me to do? Why do you got to shove it up my ass all the time?”

I hope he wasn’t praying.

The guard showed up. He started sorting through his playing cards and picking a few out. Big Latino looked at me and laughed, “He picked your card! I could tell from your beard in the picture!”

The guard opened the door and started calling out names.

“Paul!” (Close enough. I would answer to any name that got me out of that room).

Mike and the Big Latino got called too. Body Shop wasn’t so lucky. We filed into the hallway and hooked up with some more inmates, including the other guys from Creech. We all walked down the hallway to a door. The guard unlocked it and we entered. The room had no windows.

The guard locked us in.

This first appeared in The Havok Journal on February 28, 2021.