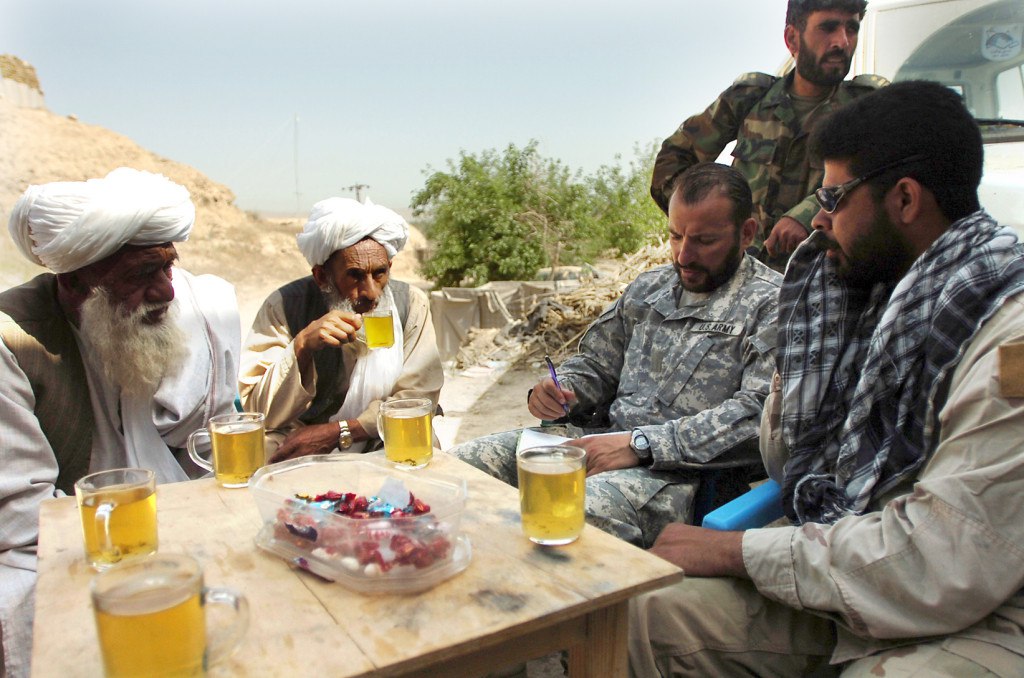 Mostly in the West and Far East, post-WWII, but increasing dramatically during the Vietnam War and after, the understanding, acceptance and role of the Alpha has been mostly, intentionally, lost.

After two catastrophic world wars, with tens of millions of dead, and vast amounts of resources destroyed, it is only natural the role of the Alpha would be questioned during the second half of the last century. Though it was not Alphas who led the world to war, nor who drove such destruction and devastation.

Rather than questioning, however, a concerted effort began and continues, with the sole purpose of discrediting Alphas and their all critical role in enabling and ensuring continued forward progress in human civilization.

The price for this removal of Alphas can be seen everywhere around the world today, with the increasing breakdown in the rule of law, the rise of criminal, political, and religious ideology-based insurgencies, and conflicts between nation states and between ethnic groups rising dramatically.  Despite the successful efforts to discredit, malign, and remove Alphas from ‘polite’ civilization over the last seventy-two years, at this time, all but 11 nations out of 195 are not in some form of open conflict or outright war.

It cannot be argued the removal of the balancing, stabilizing force of the Alpha is not leading to a marked decline in the progress of civilization, with many parts of the world and an increasing number of communities realizing a very marked decline in civilization towards an earlier, more primitive, violent and totalitarian condition.

At the heart of the problem is a failure in definition, where the Alpha, as one who is centered and is a stabilizing force in any group or community, has been conflated with the aggressive, self-aggrandizing, and destabilizing A Type. Alphas are not A Types.

In all of us, there are competing interests and needs, which ebb and flow across every moment and stage of our lives, at times dramatically, pulling us in competing directions, destabilizing us.  This is true at the level of the individual, small teams, larger groups, departments and organizations, societies, nations, and across entire civilizations. It is also true at any given point in time and across all history, past, present, and future.

Without a strong central core, without sitting firmly in the Middle Way between these competing interests and needs, no matter what effort is provided or systems and processes developed, there will be instability.

This is the role of the Alpha, the centered individual, an immovable object against which unstoppable forces break themselves, the one who deconflicts competing interests to ensure stability is possible. The Alpha is always the leader – not always the boss – who remains resolutely focused on mission success alone, regardless of competing forces within self, team, or organization.

This is not the descriptor used when defining an Alpha in the modern, Politically Correct, world, where real, individual strength and power is intentionally mislabeled and much-maligned. In a time where consensus is everything, despite that without a strong central figure real consensus is never attainable, the Alpha has been relegated to the realm of history, a relic, individuals who are not only no longer necessary, but something to be feared, marginalized and reduced to ineffectiveness.

Today the bluster and aggression of A Types is believed to be the telltale signs of an Alpha, bluster, and aggression which are necessary at times, but more often than not only adds to the level of instability. That bluster, aggression, and self-orientation are the signs of an Alpha could not be further from the truth. Rather, an Alpha is one who, centered immovably in the middle of their own path, ceaselessly and at times ruthlessly, improves self, moving fluidly within the Ikigai Model. Unlike the A Type which employs bluster and aggression as compensation for a lack of well-rounded skills and experience, the Alpha is a calm and resolute individual who can employ bluster and aggression if necessary, but only in the precise measurements required to ensure stability is obtained or retained.

Part of the reason th 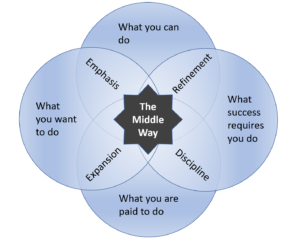 e Alpha is so misunderstood is very few actually put in the sacrifice necessary to being an Alpha anymore. And those that do tend to be far too heavily involved in pursuing mission success to let it be known they have developed themselves to such a state.

Quite aside from the fact it is not always in the Alpha’s best interest to let it be openly known they are the one actually leading the effort from within, as doing so would by nature create resistance, making the use of influence less effective. And aside from the fact showing real strength ensures resistance, at times showing strength leads to intentionally injected instability from those threatened by strength. Despite the decline in Alphas, most likely directly correlated to, A Types seem to be only increasing in numbers and importance, despite the instability they create.

This has less to do with the maligning of Alphas and more to do with the complexity of today’s world, with modern management practices, an era of highly refined specialists, where generalists are no longer regarded. Make no mistake, an Alpha is a highly skilled generalist, though at times with one or more skill further developed than others, due to a refined emphasis within a given domain. However, in the modern world of immense complexity in all fields of endeavor, where highly refined specialization is the standard, being a truly well-rounded and skilled generalist, to the level necessary to lead, requires years and decades even of self-sacrifice and disciplined knowledge, skill and experience attainment, and expansion.

It is just this complexity, however, and far overspecialization, which makes Alphas ever more critical than they have been in all of human history. This is due to the fact only a highly skilled and experienced generalist is capable of stepping outside their own domain to see the mission and the components of its success in the holistic fashion required for mission success.

More, it requires a highly-developed generalist to influence, through surgically precise means, team members and the many participants required of success, to obtain the very real consensus absolutely essential to stability in the systems and processes devised to attain the end-state of any given mission.

It is just this, influence rather than control or domination, which distinguishes the Alpha from the A Type. Where the first uses skill and experience, a thorough understanding of the individuals and forces at play, to influence the movement of the individuals, team, and teams involved in pursuing a mission, the second uses bluster and force, the cult of personality, to seek control. Where the first is a leader, no matter their place in the organizational hierarchy, the second is at best a boss if not nothing more than a tyrant. Leaders lead through influence to stable systems that make mission success and post-mission success possible, which is the single purpose of a true Alpha.

The Alpha perpetually hones and refines their knowledge and experience in order to ensure higher and higher orders of stability are obtained. The A Type seeks for nothing more than success in accomplishing the next objective, more often than not only benefitting themselves, caring nothing for stability or anything beyond the next target. The Alpha constantly monitors the dynamics within the team and organization, as well as looking to external threats, and employs influence in whatever form is necessary, to include at times aggression and violence, with absolute surgical precision, but with the sole purpose to ensure the team or organization as a whole realizes its mission, leaves behind improved stability and moves on prepared for the next task or mission.

Individuals who have the capacity to be an Alpha, which requires real courage, dedication, and discipline over substantially protracted periods of time, need to step up in greater numbers. Those who have already developed the necessary skills, knowledge, and experience, need to step forward and lead. And those who are already leading, need to pass down their skills while looking to lead larger teams and organizations to mission success. This is true in all domains, academia, science, business, government, military and law enforcement, the arts and entertainment, and all other domains which make up the human world. More, teams and organizations need to actively seek out these Alphas, rather than marginalizing and reducing them, welcoming, enfolding and fully embracing this rare but so very critical capacity and type of individual.

E.M. Burlingame is a Silicon Valley techpreneur and later a Private Equity investor and Investment Banker with an emphasis on very early-stage technology companies. Having recently completed active duty service with 1st BN 1st Special Forces Group, E.M. is now serving with 20th. E.M. is currently the Founder of the Honos Foundation, a non-profit dedicated to empowering local entrepreneurship in violence repressed areas, and the Founder and Managing Director of Emerio Group, an early-stage investment advisory. Following a degree in Strategic Studies and Defense Analysis at Norwich, he is now pursuing Ph.D. studies in Interdisciplinary Engineering, with an emphasis on Computational Engineering at the University of Alabama at Birmingham.