HomeLeadershipArrogant Leadership and its Consequences 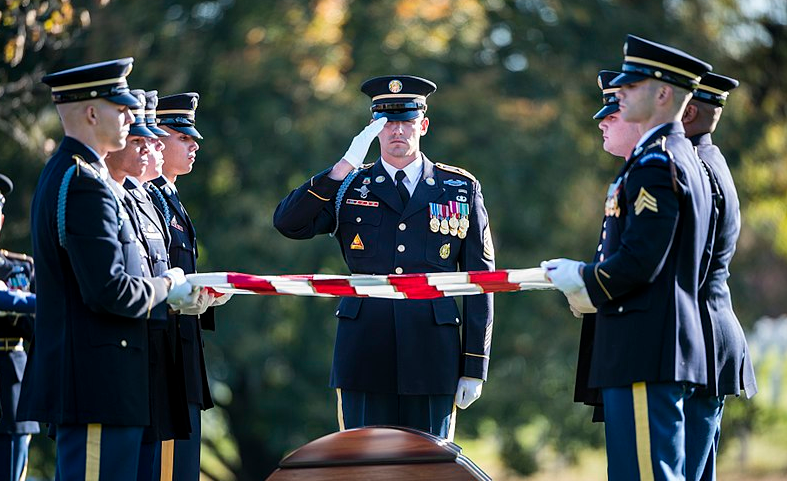 I learned early on in the Marine Corps that the most knowledgeable and/or situationally aware person ‘in the room’ might not be the commander, a senior officer, or a senior enlisted. It might be that ‘junior’ service member who was more knowledgeable, and/or had a better grasp of the situation, than anyone else in the room. Sadly, this axiom has seemingly been forgotten by our military leaders. Instead, they seem to be dominated by an arrogance that is preventing them from making sound decisions based on both accurate risk assessments and input from their ‘foot soldiers’. Some examples are the October 2017 ambush in Niger, the defeat in Afghanistan, and the deaths and injuries during the evacuation operation at Hamid Karzai airport. The most recent example is the ongoing, Secretary of Defense (SECDEF) mandate that all service members receive a Covid vaccine.

As a historical backdrop, in January 1991 my Marine unit was issued anti-nerve agent pills for Operation Desert Storm. This was an investigational product, and the requirement for informed consent was waived. We were directed to begin taking them shortly before ground combat operations commenced. I took the first pill and promptly got sick. I thought “These pills are horse shit” and trashed the rest of them. Since the Gulf War, numerous studies have suggested causal links between these pills and Gulf War Illness.

In our current environment, to address the emergence of SARS-Cov2, Pfizer, Moderna, Johnson & Johnson and Oxford/AstraZeneca developed Covid-19 vaccines. Results of the clinical trials indicated that, for the general population, the vaccines would reduce the absolute risk of acquiring symptomatic Covid disease by, on average, less than 1%. This minimal risk reduction, given the unknown health risks from the vaccines, argued for selective vaccine administration via a risk-benefit discussion between physician and patient. The potential for serious risks from the vaccines was accentuated in the release of Pfizer’s ‘Cumulative Analysis of Post-Authorization [EUA] Adverse Events’ for the period of December 2020 through 28 February 2021. This analysis identified over 1200 deaths, over 16,000 lingering injuries, and over 42,000 total injuries associated with the vaccine, along with 8 full pages of vaccine-associated Adverse Events of ‘Special Interest’. Since 28 February 2021, a flood of data and reports have emerged identifying both potential negative effects of the vaccines and their decreasing effectiveness against Covid.

In December 2020 the US military began administering Covid vaccinations on a voluntary basis, but with the clear message that they would soon be mandatory. These vaccinations were being made available under Emergency Use Authorizations (EUA).

On 23 August 2021, the Pfizer COMIRNATY vaccine was fully FDA licensed. On that same day, the FDA re-issued the EUA for the Pfizer-BioNTech COVID-19 vaccine. This EUA contained the statement that COMIRNATY and the Pfizer-BioNTech vaccines are “…legally distinct with certain differences…” COMIRNATY was not yet available to the US military (and, along with Moderna’s FDA-licensed Spikevax, is still not orderable/not able to be obtained.)

The next day, in a 24 Aug 2021 memorandum, the Secretary of Defense (SECDEF) mandated Covid-19 vaccinations for service members. This memo included the following: “Mandatory vaccination against COVID-19 will only use COVID-19 vaccines that receive full licensure from the Food and Drug Administration (FDA), in accordance with FDA-approved labeling and guidance.” Although the memo specified that only licensed vaccines – i.e., at that time only the unavailable COMIRNATY vaccine – would be mandated, the mandate was put into effect with EUA vaccines identified as legally distinct from COMIRNATY. This hypocritical action by the SECDEF in immediately violating his own memorandum indicated fractures in both integrity and judgment.

In January 2022 a U.S. District Court Judge issued a preliminary injunction protecting the service members from consequences, including changing assignments, for refusing the vaccines. The 5th Circuit Court upheld the injunction. On 7 March the DoD filed an emergency appeal with the US Supreme Court to lift the injunction, with one argument being that the injunction “requires the Navy to assign and deploy [the Seals] without regard to their lack of vaccinations notwithstanding military leaders’ judgment that doing so poses intolerable risks to safety and mission success” (emphasis added). (Note: On 25 March 2022, the Supreme Court, in a twisted ruling reminiscent of the Korematsu and Dredd Scott decisions, while partially siding with the DoD but at the same time acknowledging that military personnel are entitled to religious exemptions, granted an injunction allowing the Navy to decide not to deploy SEALs and other military personnel if they are unvaccinated. In effect, this Orwellian ruling states that religious freedom means you can be discriminated against because of your religious freedom.)

My response is ‘Horse shit’.

Military leadership, with this vaccine mandate, has once again failed to properly assess risks by arrogantly ignoring the full spectrum of data sources and ‘intelligence’ on the vaccines, and by arrogantly discounting the reasoned objections to the vaccine mandate put forth by numerous military members and medical officers. Instead of viewing its foot soldiers as persons whose opinions may well be more solid than bureaucrats with agendas seemingly based on faulty logic and political agendas, military leadership has arrogantly treated service members as guinea pigs, putting them in positions where they face the real threat of being ‘ambushed’ by ineffective, dangerous drugs.

On 24 January 2022 US Senator Ron Johnson held a roundtable hearing titled “COVID-19: A Second Opinion.” The hearing contained testimony that in 2021, per data in the Defense Medical Epidemiology Database (DMED), and commensurate with the widespread use of the Covid vaccines in the military, the rates for a large number of medical conditions were stunningly higher than their five-year averages from 2016-2020. This was strong evidence for a causal relationship between the vaccines and the increases. About a week later, on or about 31 January, a military spokesman stated that the 2016-2020 numbers were based on corrupted data, and the DMED database had been taken offline to correct the corruption. This ‘correction’ discovered that DMED data had, amazingly, been inappropriately input for the period 2016-2020 and was thus corrupted, but beginning in 2021, data had been, amazingly, appropriately input and thus was not corrupted. After the DMED data for 2016-2020 had been ‘fixed’, the medical condition rates for 2016-2020 were, amazingly, in line with 2021.

My response is ‘Horse shit’.

I once reflected thus on the Code of Conduct: “Trust in my God? Absolutely. Trust in the United States of America? Not so much.” With the recent events in Afghanistan, and in the ‘vaccine mandate’ sphere, that ‘Not so much’ is, for our military leadership, rapidly approaching ‘Not at all.’

As I look at our military leadership within the context of US responses to actions by Russia and China, and against the backdrop of our military leadership’s demonstrated arrogance in both failing to assess risk and treatment of service members as unintelligent and impersonal guinea pigs, I shudder at the distinct possibility of their actions and recommendations increasing the chances for conflict. Further, I shudder at the flawed decisions they are most likely to make within any future conflict, decisions that will likely result in more fathers and families experiencing the pain of loss that I live with: the death of a son as a direct result of arrogant leadership.

My recommendation to the DOD/SECDEF from this ‘junior’ Marine sitting in the proverbial corner: Abandon your arrogance, and stop issuing medical directives that have no positive impact on warfighting or on the overall health of service members. Start focusing on actual warfighting, treat your foot soldiers with respect and as equals, and listen to them. Your arrogant focus on being medical bureaucrats, and lack of focus on warfighting, have put all of us, civilian and military, at profound risk.

Hank Black’s youngest son, US Army Special Forces Medic Staff Sergeant Bryan Black, was killed in action in Niger on 4 October 2017. Hank is a retired Marine. After retirement, he worked for over 2 years in Iraq in both human intelligence (HUMINT) and helping to train the Iraqi army. For the last 10 years, he has worked for the FBI as an analyst.