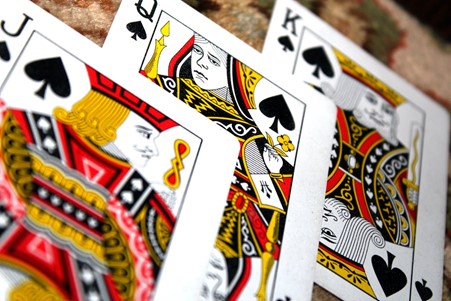 There’s no questioning the fact that poker is a tough game to play, and an even harder one to win. That’s because you’re not only playing the cards, you’re up against your opponents too who will do everything possible to bluff their way to victory, with many prepared to take large, if calculated, risks to win.

But, while there are countless books about grand strategies and betting methods written about poker, sometimes it can be some fairly minor things that can make a big cumulative difference. Called marginal gains, they can take you from being a middling player to an exceptional one and a prime example of this happening in sport is shown by what happened to British Cycling when new coach Dave Brailsford took over.

So here are nine tips to point you in the right direction. You don’t have to use them all, but the more you do, the better your performance could be.

Most players will already be very familiar with poker position names, but it’s surprising that more don’t take advantage of where they are on the table in any given round. When you’re the button this is the big chance to seize an advantage. Pre-flop, you’ll have the chance to see how all the others are betting, and post-flop you be able to capitalize on this knowledge.

2. Don’t have a favorite hand

Anyone who plays regularly will have a particular opening hand, or hands, that they associate with winning plays. It’s only natural to look at situations in which you’ve come out on top and try to replicate them. But it’s vital to put these superstitions aside because no two rounds are going to be the same – your opponents around the table will see to that.

3. Know when to fold

Arguably more money is lost by players hanging in there with a weak hand than any other error. In the timeless words of Kenny Rogers, you have to know when to hold them and know when to fold them. That way you won’t be throwing good stake money away on a hopeless cause. Sometimes it can be a tough call to make, but it’s an essential one all the same.

We all know how comfortable it can be to play with others that we feel aren’t as skilful as we believe we are. While winning against them can never be guaranteed, it certainly gives us a better chance. But anyone who sincerely wants to get better at poker will only ever manage this by playing against others who are better than them. So look out for tables where you’re going to be tested, because short-term losses can turn into long-term games.

Even if you believe that Texas Hold’em is the version of poker that will bring you the greatest financial success, you should also spend some time playing other forms like Omaha Stud. Not because you want to perfect your abilities in them but because it can help you break out from the traditional ways you think about playing the game.

There are many cues that your opponents will be looking for to gauge what kind of player you are, and just how good your hand is in any given round. But forget about eliminating any traditional “tells” that may give your position away. It’s more important to concentrate on presenting body language that shows you’re confident and relaxed. It’s subtle and a little understated but it can have quite a disquieting effect on your opponents.

Poker might involve sitting around a table for many hours at a time so you may well wonder why it’s important to be in good shape to play. It’s because you’re going to need to remain mentally alert and be able to concentrate for extended periods and if your body’s in good physical shape, then your mind is going to be as well. It’s also linked to point 6, above. It’s far easier to project a positive body image if you’re feeling good about your bearing and appearance.

8. Take care of your nutrition

Your brain is the organ in your body that uses the most energy of all, and that means keeping it fuelled up to perform. So living on a diet of junk food and soda is hardly going to put you in the best position to thrive at the poker table. So your diet should also form part of your fitness regime both when you’re playing and when you’re resting. With the right nutrition you will also find that your stamina and resilience will increase more than you thought possible.

9. Accept that losing is a part of winning

Our last point is more of a philosophical than a practical suggestion. Even the best players  are going to have losing streaks so it’s a case of rolling with the punches and coming back stronger next time. Plus, without the lows of losing, the highs of winning just aren’t the same.

So, hopefully, these nine tips will leave you better equipped strategically, practically, and physically to take your poker playing up a level or two. And then there could be no limits to how high you could take your game.