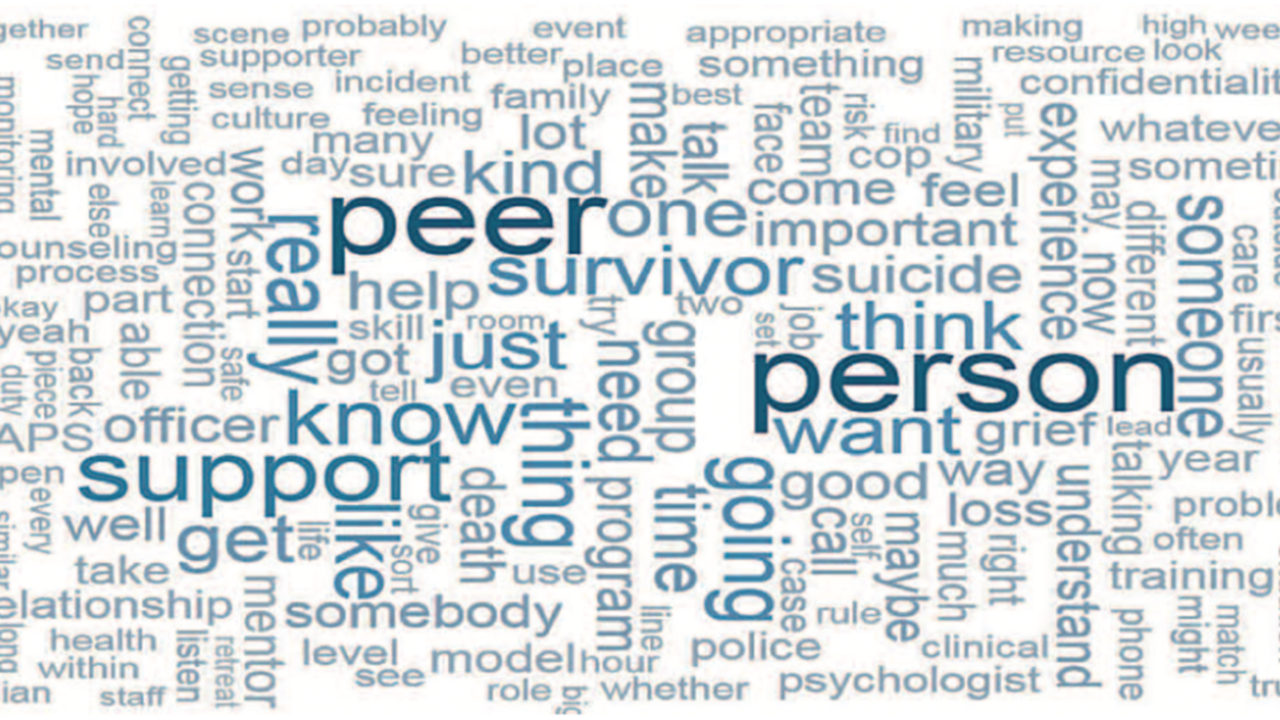 Five months after my son, Sgt. First Class Kristoffer Domeij, was killed on his 14th deployment in Afghanistan, I attended a TAPS Grief Seminar at Fort Carson. Sitting in a room with over 100+ grieving family members, children, and friends, our shared loss somehow comforted me. I’m not alone. I didn’t have to explain—six months after my Ranger son was killed, dead, buried, and never to return—why I had not “moved on” or “gotten over it.” The survivors at the TAPS Grief Seminar “got” it.

The same month of Kristoffer’s military funeral, I also attended the Pikes Peak Gold Star Mother’s meeting. At that first meeting, I asked advice regarding a conflict with a family member that blindsided me. Each mom shared their stories about the same experience with the same family member. This particular conflict was normal and part of mourning’s crazy making. Rather than unloading my feelings upon the person I dearly loved, further ginning up the laceration level, I found a safe, confidential place to release my devastation and frustration.

After Kristoffer’s funeral, little did I realize the changes forced upon my life–resign all my leadership positions, cut communication with some family members and friends who somehow made my son’s death about them, and do something I’m not very good at–take care of myself first. Raised in the ministry and firmly rooted in my psyche, I put others first, giving my all to others—even those who were takers, ungrateful, and self-serving. Putting myself first in order to mourn, even taking care of myself, felt selfish. Working long, ridiculous hours investing in others was the norm, even at the expense of sacrificing my emotional and physical wellbeing and personal priorities.

The Tragedy Assistance Program for Survivors (TAPS) phoned me regularly just to see how I was. I wasn’t used to anyone interested in how I was doing, so I had no clue how to tap into, much less, verbalize, “How are you doing?” The sacrificial ministry-strong-mindset, at all personal costs, didn’t allow me to explore, “How am I doing?” TAPS assigned a mentor to me. Nancy walked me through those first two years, encouraging me to resign from leadership positions, even though I was passionate about their missions to help, to teach, and to encourage others. I simply lacked the emotional margin to tolerate the negative nonsense that goes with leadership and picking up the additional workload of last-minute, unreliable volunteers.

Loyalty to friendship was so deeply ingrained in my heart that Nancy lovingly beat me over the head to help me realize that people who took advantage of my giving nature or were negative, hurtful, or insensitive toward me needed to go. Even though they managed to drain what little emotional margin I had and they made grieving and shouldering the loss of my son even harder, it was a hard step for me to take. Nancy was patient over the months that it took me to process and to release what hindered me from mourning or even functioning.

Interestingly enough, I heard a grief statistic that when a family member is killed, the survivor operates at 15% of their emotional margin. Yet, a week after the funeral, everyone expects them to act like nothing happened. How my son’s fellow Rangers continued night after night to go on missions, mystifies me. Yet, they are Rangers. RLTW! Others who depend on many Gold Star Family members expect us to meet their wants and needs and to operate at 100%+++. Many Gold Star survivors lose friends and employment because they “aren’t who they were before” their child was killed. Well, duh!

For the last five years, Nancy has always been there when I needed her. I’m still not the best at prioritizing my legitimate needs. Nancy still continues to urge me to eliminate negative influences and ungrateful people who suck me into a vortex of stress, depression, and emotional and physical exhaustion. It’s interesting how she recognizes what I need  before I’m even aware of the need to re-prioritize my life.

My heart no longer numb discovered that things that used to roll off my back, now scraped my heart raw. Her mentoring developed into a deep friendship. When mourning slaps Nancy silly or flattens her, I’ve gained enough emotional margin to be there for her. I’ve always used humor to release my stress and pain. She calls me when she needs to laugh away her burden. Our peer-to-peer friendship brings a measure of healing to both of us, as we struggle on the mourning journey.

The Tragedy Assistance Program for Survivors (TAPS) released a ground-breaking new study commissioned by TAPS, identifying best practices and essential elements in peer-based support for the bereaved. This study takes peer support from a commonly accepted model of care to an evidence-based best practice.

The results of the study are far reaching, and can be applied to many situations, from care for surviving family members to those suffering from addictions to cancer patients to military members who have served in battle. This study has already garnered interest from hospitals, addiction treatment centers, weight loss clinics, and a range of support groups as a guideline for successfully connecting peers to empower them as support for those who are fighting their battles.

For decades, TAPS has successfully connected grieving military family members to each other as a therapeutic method to find hope and healing through the peers’ ability to normalize and to validate the experience of traumatic grief. TAPS was founded out of tragedy and connection when the organization’s founder and president, Bonnie Carroll, gained support through connection with the other widows who lost husbands in the same Army plane crash in 1992. Last year, Bonnie received the the Presidential Medal of Freedom from President Obama.

“TAPS has been a pioneer in proving that peer connections—a widow comforting another widow, a sister relating to another sister, a father finding support with another dad—are therapeutic for all who are grieving a loss. From those connections, tremendous healing takes place,” said Deborah Mullen, whose husband, retired Adm. Mike Mullen, served as Chairman of the Joint Chiefs of Staff from 2007 to 2011.

As a Gold Star Mom, I’m so thankful for Bonnie Carroll, Nancy Kaplan, and TAPS for sponsoring this project. I also want to thank those I’ve never met: the subject matter experts in peer support who offered their time and ideas; Jocelyn V. Bartone who transcribed and analyzed the expert interviews, and in coding of studies included in the systematic review; Lalaine Estella who provided a valuable editorial review; and the author, Dr. Paul T. Bartone. All of the people who contributed to this project, also contributed to my ongoing healing.

Is the struggle to heal eluding you? Reach out for peer-to-peer help.

ABOUT TAPS: The Tragedy Assistance Program for Survivors (TAPS) isdedicated to providing support and care to all those grieving the loss of a loved one in America’s armed forces, regardless of the circumstance of death or the relationship to the deceased. A national organization, TAPS provides compassionate care for the families of America’s fallen military heroes and has offered support to more than 70,000 surviving family members of our fallen military and their caregivers since 1994. TAPS provides peer-based emotional support, grief and trauma resources, grief seminars and retreats for adults, Good Grief Camps for children, case work assistance, connections to community-based care, online and in-person support groups and a 24/7 resource and information helpline for all who have been affected by a death in the Armed Forces. Services are provided free of charge. For more information go to www.taps.org or call the toll-free TAPS resource and information helpline at 1.800.959.TAPS (8277).

ABOUT THE AUTHOR OF THE STUDY: Dr. Paul T. Bartone, COL (Retired), U.S. Army, is Professor and Senior Research Fellow at the Institute for National Strategic Studies, National Defense University in Washington, DC. He joined the Army in 1985 after completing a Ph.D. in psychology from the University of Chicago. A Fulbright Scholar, Bartone has published extensively on topics related to health, adaptation, hardiness and resilience under high stress conditions. He studied and taught leadership at the Eisenhower School for National Security and Resource Strategy, National Defense University in Washington, DC and at the U.S. Military Academy, West Point, where he also served as Director of the West Point Leader Development Research Center. While on active duty Colonel Bartone served as the Research Psychology Consultant to the Army Surgeon General, and also as Assistant Medical Service Corps Chief for Medical Allied Sciences. He is a past President and Fellow of the American Psychological Association, Society for Military Psychology.