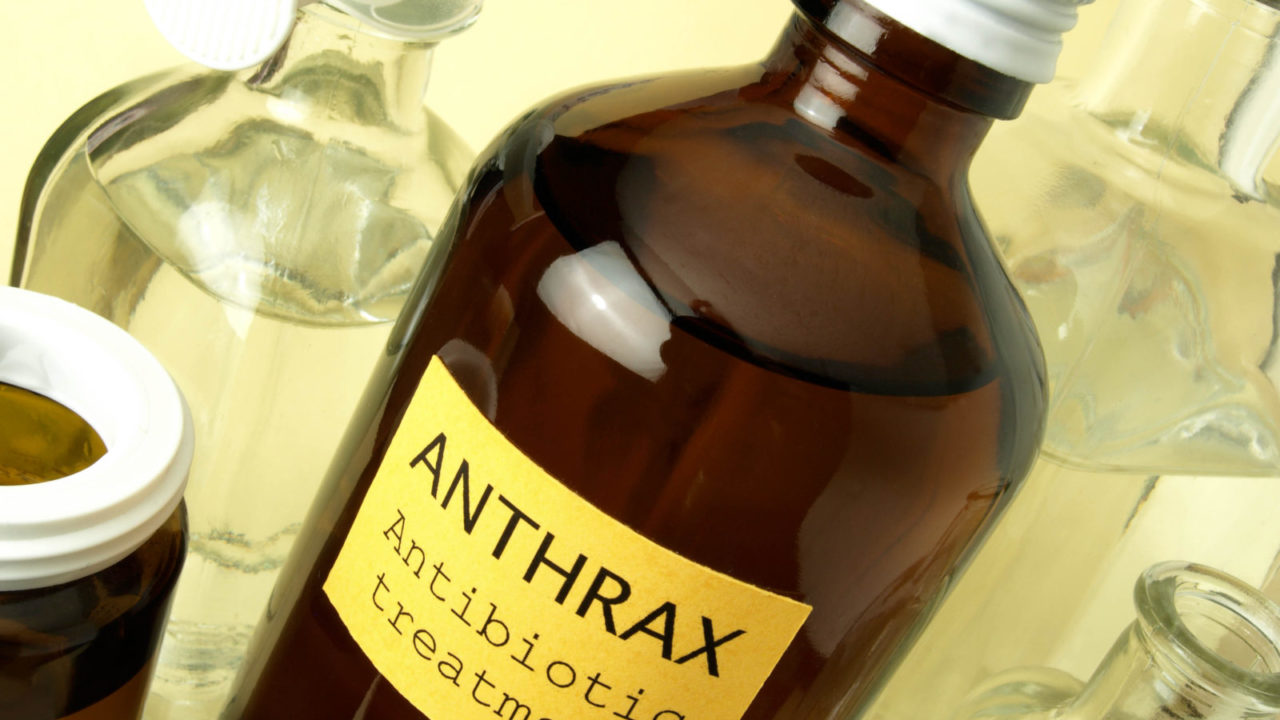 Andrew D. Fisher is stationed at Fort Benning, GA and is a Physician Assistant in the U.S. Army. He has no financial interest in any products mentioned, nor has any conflict of interested to disclose. These opinions are his own and are not endorsed by the U.S. Army or the Department of Defense.  This article first appeared in Havok Journal on 11JAN15.

Anthrax is an extremely lethal disease; fortunately it is rare in the United States. Caused by Bacillus anthracis, it can infect the skin, respiratory, or gastrointestinal systems. The cutaneous form is the least lethal; with treatment 80% of those infected will recover.

One can contract the gastrointestinal form by eating meat that has been infected with anthrax spores. This form has a high lethality; however according to the CDC, if treated up to 60% of those infected will survive. Due to strict federal regulations, it would be rare to contract gastrointestinal anthrax in the United States, but it would not be uncommon in under-developed countries.

The most lethal form of anthrax is inhalation anthrax. Evidence of its lethality was seen after the 9/11 attacks when letters with anthrax spores were sent to media outlets and two U.S. Senators. Despite aggressive treatment with antibiotics, it killed 5 and infected 17 others. According to the CDC, even with aggressive treatment only 55% of those infected with inhalation anthrax survive. And without treatment only 5-10% survive. 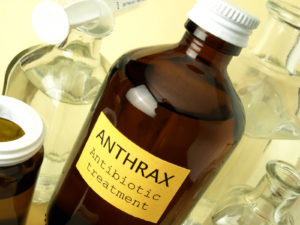 Unlike many bacterial infections, anthrax cannot be spread from person to person. However, the spores can lie dormant in the soil and infect a person years later. When they enter the human body, the spores can lie dormant for weeks, before replicating. As late as 2006, a drum maker in New York City contracted anthrax. This was the first case of natural acquired anthrax in 30 years.

The use of an anthrax vaccine for humans in the United States is well established and extends back to the 1950s. Its original intent was not for military use, but for farmers and others who were regularly exposed to farm animals or their hides. The first vaccine was used on workers in a goat hair mill. It was 92.5% effective against cutaneous anthrax.

Emergent BioDefense Operations Lansing. Inc. manufactures Biothrax® the anthrax vaccine the military currently uses. This is the same company and same vaccine that was developed in 1970. It is the only FDA approved anthrax vaccination and, according to biothrax.com, over 3 million people have received 12 million injections.

Biothrax® works by helping your body to create antibodies to the Protective Antigen (PA). Without the PA, the Lethal Factor (LF) and Edema Factor (EF) cannot interact with the cells of the host. The effectiveness of the Biothrax® with only two doses is over 90%, whereas when all 10 doses are given, it has a 100% survival rate.

Every vaccine and/or medication that enters our bodies has the potential to cause side effects and adverse events and Biothrax® is not exempt. However, the side effects are usually minor. The most common side effect is pain and swelling at the injection site. Headaches, fatigue, and muscle aches come in next. Finally, chills/fever, nausea, or large area redness occurs in about 1 in 20 cases. Severe allergic reactions occur about 1 in 100,000 cases. These are all short-term effects. There are no long-term effects noted on the available websites.

Military healthcare providers live to serve and take care of their fellow service members. It is incredibly unlikely that a military provider would deny or hide a cause of a potentially life-threatening syndrome. The service members who have become ill with GWS or other multisystem syndrome could have been exposed to a number of agents that caused these issues. Given the long history of safety and sheer numbers of people vaccinated and the number of vaccinations given it is unlikely that Biothrax® is the causative agent. As in all medical situations, one should always discuss any issues with their unit providers.