HomeCultureWritingIn The Know: 5 World-Famous Writers That Went Through War 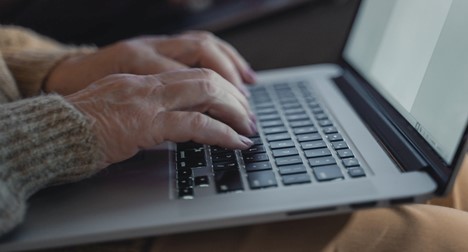 As torturous as war is, it has a silver lining in the form of art. Beautiful books, poems, plays, songs, dramas, and such other pieces of writing have come out of different wars waged in history. Interestingly, the same war can produce books written in multiple perspectives about the same subject. This is what makes war writers fascinating for book enthusiasts. Get the best custom dissertation writing services on any topic to guarantee an easy college experience.

War literature is expansive. While some writers tells stories as told by soldiers or victims of war, there are lucky authors who have actually been to the battle field and returned with first-hand experiences. Their descriptions are so vivid that they make you feel like you are at the war front. Here is a list of authors who actually went to the war and survived to give the most compelling account through their books.

Each war is unique and each soldier has a unique battle to fight. According to Maximilian, the writing comes long after the guns have gone silent, giving soldiers a chance to reflect through this quietness. In his book The White Donkey, Maximilian illustrates the life of a soldier deployed to the battlefront. In his assertion, there is a lot of war beyond what people see on televisions. Soldiers are always battling even when there are no gunshots or bombs involved.

The book is based on the wars that have arisen from the Sep-11 attacks. It is about battles that continue to range in Iraq and Afghanistan. It is the tale of a young marine tasting the frontline for the first time in his life. Is it about the joy of holding a gun and shooting or the pain of eliminating life? Are soldiers ever prepared for what they meet in the field? According to Maximilian, the wars broadcast on televisions and enacted in Hollywood are too grand to be true. When the people who have tasted real war speak, the dramatists will be ashamed of belittling the experience.

Phil is the author behind the title Redeployment, a book that is written by a member of a veteran’s writing club that meets once in a while over a drink to review the works and experiences of their peers. The book is also based on the experiences in Iraq and Afghanistan. It is an attempt to give a more realistic experience of war, different from what journalists and third-party narrators would produce.

Phil is a bit hidden as an author because he believes that revealing too much about himself would crowd the judgment of his target reader. However, the manner of writing and the use of peer review make his titles some of the best war books of the current generation. This style of writing is allowing readers to make judgments and conclusions without the bias of knowing too much about the author or his experiences at war.

Like the legendary Eliot, Ackerman takes a cynical approach to war writing. Well, this approach could be genuinely founded considering that Elliot is an Arab-American sent to fight the Afghan war. While ordinary Americans may take pride in the combat, the lineage and history of Elliot take a toll on his performance at war. However, he still performed excellently and received positive reviews from his peers during the war.

Elliot raises pertinent questions about war and the people sent to the battle field. It is interesting to note that immigrants and their descendants are increasingly being recruited into the army. What does the influx of immigrants mean for the success of wars in the future?

The most interesting aspect of his writing is his review of the experience of an Arab-American in war. While you have an American flag to defend, your history and lineage keep tagging along your decisions. Read Green on Blue to learn more about these unique experiences of soldiers at war.

Matt tasted the Afghan war as the leader of a platoon in 2007. His approach touches on the role of idealism in sending soldiers to war. As a leader, he had numerous soldiers looking up to him for inspiration and directions. However, he has to instill in the soldiers the sense of patriotism and the urge to defend the American flag. However, there are challenges in this endeavor since a lot of the young soldiers are too idealistic about the war.

Young Blood is a bit philosophical in its assessment of the relationship between America and Iraq. He examines fault lines that have resulted in successful collaborations and painful betrayals between forces of the two nations. Matt paints a picture of soldiers who transition from heroes to villains, and eventually cowards in the shortest time imaginable. In his debate, he attempts to make the world see the war through the eyes of these soldiers. Well, life for a soldier in the frontline can change so much within a day, in such a way that an ordinary person may not understand.

A good chunk of the global population does not support wars. However, soldiers and generals who have been to war consider that to be a simple statement in a complicated world. While Roy is a decorated veteran, he is indifferent and amoral about the war in Iraq and any other battlefront that has produced the adored veterans.

Roy questions the moral authority that veterans have to warrant them such a privileged position in the society. He is skeptical about the worshipping military strength yet the soldiers are busy killing people in the field. In his conclusion, he does not think that veterans participate in the building of the America that many people desire.

The experiences of the battlefield sound differently when narrated by soldiers who have been to battlefronts. Well, theirs is first hand and personal that no one can capture it better than they do. It is interesting to compare the works of authors writing as third persons with that of soldiers who actually went to war.