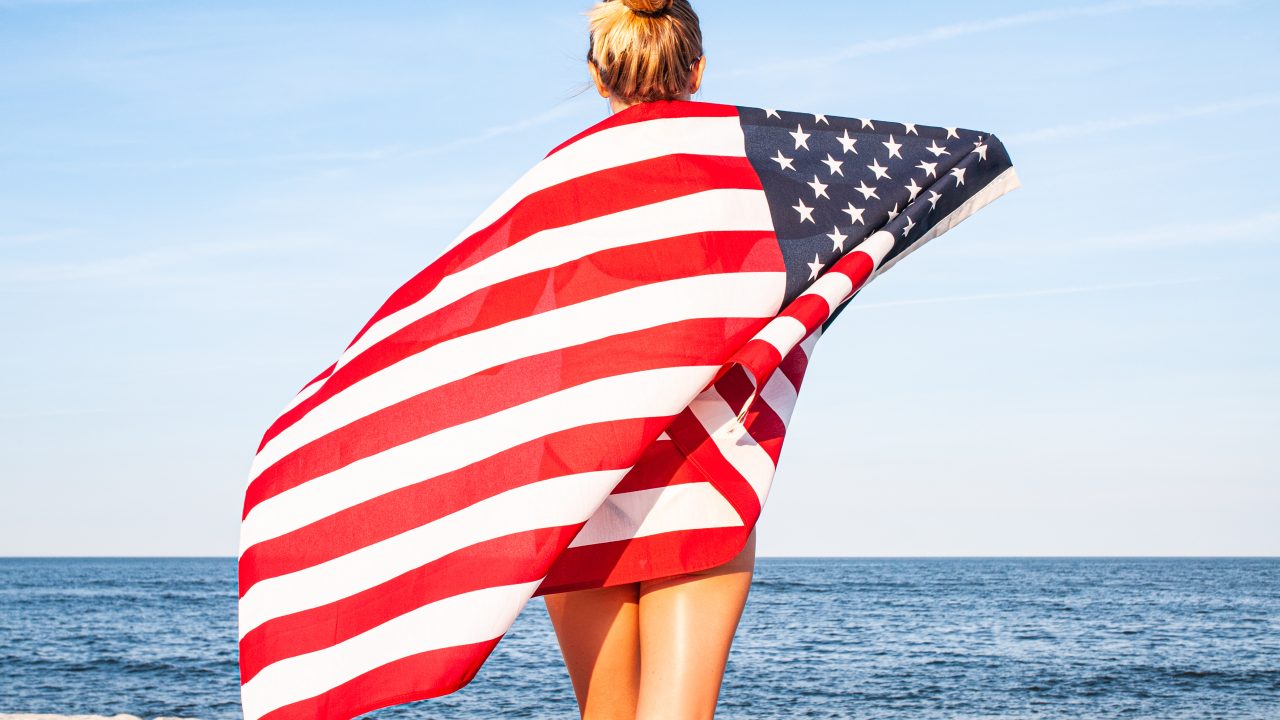 Don’t get your hopes up that I’m going to write about the movie because I’m not. I will however say that after 38 years as a Crew Chief in the Air Force I have plenty of, “One time, at band camp…” stories. Instead, I’m going to talk, in part, about a Boomer song.

Most Boomers are familiar with a song released in 1971 by Don Mclean entitled “American Pie”. It’s a long song, but the words are very clear and easy to remember.  The history of the song, and the reason he wrote it can be found here: https://donmclean.com/about-american-pie/ and my quotes will come from that source. If you want the full impact of what I’m about to say, please read the web page and listen to the song.

“American Pie is partly biographical and partly the story of America during the idealized 1950s and the bleaker 1960s. It was initially inspired by Don’s memories of being a paperboy in 1959 and learning of the death of Buddy Holly. “American Pie” presents an abstract story of McLean’s life from the mid-1950s until the end of the 1960s, and at the same time it represents the evolution of popular music and politics over these years, from the lightness of the 1950s to the darkness of the late 1960s, but metaphorically the song continues to evolve to the present time. It is not a nostalgia song.

“American Pie” changes as America, itself, is changing. For McLean, the transition from the light innocence of childhood to the dark realities of adulthood began with the deaths of his father and Buddy Holly and culminated with the assassination of President Kennedy in 1963, which was the start of a more difficult time for America. During these four years, Don moved from an idyllic childhood, through the shock and harsh realities of his father’s death in 1961, to his decision, in 1964, to leave Villanova University to pursue his dream of becoming a professional singer.

The 1950s were an era of happiness and affluence for the burgeoning American middle class. Americans had a feeling of optimism about their prospects for the future, and pride in their nation which had emerged victorious from World War II, setting the world free from the tyranny of Nazi Germany. Popular music mirrored society. Performers such as Buddy Holly, Elvis Presley, and Bill Haley, and the Comets churned out feel-good records that matched the mood of the nation. Sinister forces such as communism were banished, and serious folk groups like the Weavers were being replaced by the beat poets who, as members of the intelligentsia, were excused their lack of optimism.

The 1960s were the antithesis of the previous decade. The exuberant simplicity of the 1950s was displaced by a much more volatile and politically charged atmosphere. People were asking questions. The cozy world of white middle-class America was disturbed, as civil rights campaigners marched on Washington, D.C., and Martin Luther King Jr delivered his “I Have a Dream” speech from the steps of the Lincoln Memorial. The following year saw the 1964 Civil Rights Act become law.

On the world stage, America’s leading super-power status was being challenged by the Soviet Union, and its military might was being tested by the Vietnamese. Even in music, America soon found itself overrun by a British invasion. The 1960s was a turbulent time for McLean’s generation. By 1971, America was still deeply troubled. The Vietnam War was out of control. The anti-war movement was gathering momentum and being listened to.”

Our country is in a similar situation today and the song reminds me of those times and grieves me, not because of what happened then, but because of what’s happening today. There is part of a line in the song that goes, “The day the music died” and the song’s producer had this to say:

“Other events of the time, such as the successful launch of Apollo 14, did little to restore national pride. “American Pie,” in the opinion of the song’s producer, Ed Freeman, was the funeral oration for an era: “Without it, many of us would have been unable to grieve, achieve closure, and move on. Don saw that and wrote the song that set us free. We should all be eternally grateful to him for that.”

So what is yours truly rambling on about here? Well as Don Mclean mourned the day the music died, I am mourning the day that free speech died. I don’t know exactly what day it died, but I know for me it’s dead. Or at least it’s on a vent and in a coma. Let me explain.

A few weeks ago I was about to respond to a post on social media regarding current events and I paused. I sat for a long time watching my flashing cursor. And then I slowly hit the little delete “x’ for every single letter and space I had typed. A sadness washed over me for what I had just done. 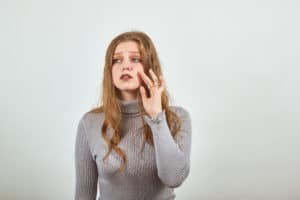 Why did I do it? You should know that I’m not a troll. I do like having open and frank discussions with people from all walks of life to try to see their points of view. Sometimes I change my opinions based on what I learn and often I’m just enriched to see another way of looking at things. But I have a family to support and don’t have the luxury of independent wealth and unless you are living as a Tibetan Monk, you know how quickly someone can lose their job and be crucified in the court of social media by one short statement or even a meme. How many times have companies fired someone for one statement that offended coworkers or some special interest group in the local community?

Did you know that many companies scan prospective employees’ social media accounts for things they don’t agree with? One large hospital system will not hire anyone who happens to like hunting or firearms. We aren’t talking about someone who is a 2nd Amendment activist. Even if you post a picture of the shotgun your Uncle gave you for Christmas and you don’t even shoot, you’re not getting hired. Or one company looks to see if you have ever posted pictures of drinking alcohol, even if it’s just a beer with dinner at a new pub you found. Others look to see what political party you support or what political items you repost. Even just memes. And the news is full of people who were terminated or bullied into leaving because they didn’t toe the company line.

Corporations will choose to terminate an individual rather than risk the fallout from the court of liberal public opinion. That is if the employee is expressing conservative views. They will defend the liberal activist employee’s actions because they don’t want to appear to be uneducated backward thinkers. They either want to be seen as progressive thinkers so that they don’t get lumped in with the basket of deplorables in the flyover states, or they are totally in line with the philosophies of the extreme left. But in any case, corporations who do this sort of thing are effectively killing free speech.

Of course, it’s not just corporations but our government that’s doing the same thing. The latest policy from the SecDef regarding flags is just a small example, but it’s nothing new. In the early 1990s, the 192nd FW was forced to change its squadron emblem by a local Richmond newspaper. The patch featured an eagle carrying a bomb over a Confederate Battle flag. The local paper decided it was an affront to then-Governor Doug Wilder who happened to be Black (the correct term at the time).

The ironic thing is that the ANG works for the Governor except when Federalized, and if I remember correctly the Governor stated that he had no issues with the emblem. I will also note that there were more Black people in that unit than any other one that I’ve been a part of and they were very vocal that they thought the whole thing was stupid too and that it was a part of the unit’s heritage.

Back in the day (Boomer term) the Air Force used to let Crew Chiefs and Pilots put nose art on their aircraft, and the guidelines were pretty loose. Although it’s still allowed, it is under very strict guidelines and most commanders just prohibit it rather than risk the consequences.

And let’s also mention many of the traditions we had in the military that have been done away with because leadership was afraid of public outrage and backlash. Things like tacking on stripes that have since been deemed as brutal forms of hazing. And now a young soldier can’t have a “Don’t Tread on Me” flag in his dorm room because some extremist group uses it as their flag. What next? The Minute Man statue? I could go on with pages of examples but I know that you have your own. Just look at the death threats that are made to people who think you should have to wear a mask if you are sick with COVID 19.

The truth is that true free speech only exists for those who have the luxury of wealth or who toe the line with far-left philosophies. Everyone else knows that they may lose their jobs, be denied employment, or have their character be publicly assassinated. And in many cases, it flows downhill to their families.

I grieve because my free speech was not killed by an opinion of the SCOTUS. It was killed by the power of social media and people claiming to be exercising their right to free speech but not wanting others with opposing views to exercise that same right. It was also killed by those in power who are gutless and unwilling to buck far-left agendas.

But mostly I grieve because of my lack of a spine and being unwilling to take the risk.