In the military world, and I am sure in some areas of the civilian one as well, three things exist  there is the truth, there is what you are allowed to say about it, and then what you say anyway.

In the military, if you have any access to any information deemed classified, you are not allowed to tell people about it.  Especially on the internet, your books, your movies, or any other media you can imagine. 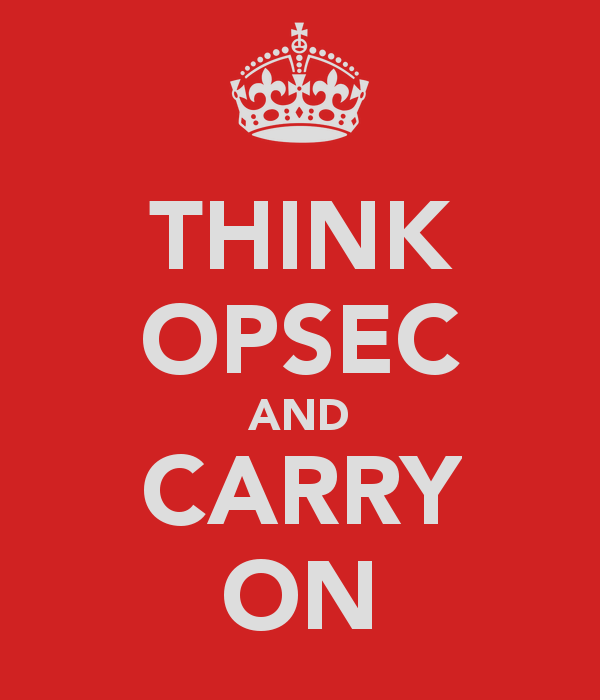 First rule of operational security:  keep your damn mouth shut.  In many cases, you may only know what you were given and that information, while secret, may only be a 10th of the picture because that is all you NEED TO KNOW to do your part of the job.

Just because someone has a clearance does not automatically grant them access to everything.  Need to Know is the main rule behind access.  If you don’t need to know, then you should not have access.  If others don’t have a need to know, don’t talk to them about the subject.  Do I need to get out the smaller words?

I have seen articles that tell a story.  They tell an important story.  But they have to be very cagy about the facts because they cannot violate security so they come off informative but vague.  I have also seen some stories, and television interviews where individuals acknowledged their actions were in direct violation of non-disclosure agreements in the military and they chose to do it anyway.

Then there are the stories where they present zero facts at all and just claim everything is classified but they are important enough to tell you their opinion which you are expected to take as fact because they used the word classified.

Understand something clearly, it does not matter if you left the military honorably after your service or not, you can still be prosecuted under the full extent of the law for violation of Executive Order 13526.  You may review this at your leisure by taking the opportunity to look up an SF 312 and read paragraph 3 and 4.

So if a military member tells you something, they are either in violation of the agreement or they are being very careful to tell you a story without violating the agreement.  That means, Friends and Family, that your service member may very well be lying to you deliberately in order to maintain security.

That also means that if you take anything they told you and publish it, you are either causing them to violate the law, or you are publishing unsubstantiated hearsay.  Another word for that is called bullshit.

There are a lot of people writing books these days and some of them are complete fabrications, otherwise known as outright lies, and others are exaggerated.  Some of the most factual books I have read are listed as fiction.  Wait, Fiction?  Because by stating that the book is fiction, the author can tell the truth.

So I don’t care how super-secret squirrel your particular job or mission was, you still don’t know all of it.  And if you tell anyone about it, you are violating your integrity, so why should anyone believe you when you factually cannot be trusted.

Someday, the war in Iraq and Afghanistan will be fully declassified after all of us are dead and gone and historians can stop and stare in amazement at what was known or not and what happened or didn’t.

Today, the best you can do is keep an open mind and be very cautious of people who tell you they have the inside scoop and then present you with facts.  Depending upon the mission, even telling you the day it happened may be classified.

When someone publishes a story that stays vague, you have a choice, you can look at the overall argument and see what they are trying to tell you and maybe you can see if they are presenting information as best they can or you can assume they don’t know anything.

If you critique an article and your source document is someone else’s hearsay book, you are an idiot.  Let me say that again, just because someone’s dad wrote a book, does not make him a fount of knowledge on the subject.  At best he is repeating what he was told, at worst he is repeating lies he does not have the access to refute, as if they were fact.

This is universal people.  There are a lot of posers out there to be sure but you can tell the difference between the real and the fake just by reading between the lines of the article.  The fake wants you to believe they were there and know all about it but they will actually use the word classified or secret or something.

Real operators do not walk around talking about secret war stories.  They tell a story and in most cases will tell you it is a cover story (lie), which conversely means it just might be the truth.  If anyone uses the words classified, secret, or top secret in their story, they are usually full of shit.

“I can’t tell you because it is classified” is usually the first indication that the person you are dealing with might be a bit less than truthful, especially if it is in response to a line of questioning involving something that the person originally brought up.  “I’m a Navy SEAL.”  “Oh yeah?  That’s pretty cool.  Which Team?”  “I’m sorry, that’s classified.”  Yeah, right.

There are entirely too many people who have never served a day in uniform who talk about how they served and a lazy public would rather believe a convincing lie than to believe an uncomfortable truth.

Hearsay evidence means you heard it from someone who may or may not have any factual evidence to support the story or most likely you are just repeating someone else’s lies.

Is this foolproof?  No because fools are to sufficiently ingenious to make anything actually foolproof.  All writers like me can do is attempt to educate you and inject some logic into the situation.

And let us not forget the trolls who stir stuff up just for the sake of doing it.

How likely is prosecution for violation of the non-disclosure agreement?  Well Bradley/Chelsea Manning got Courts Martialed over it and Edward Snowden is out of the country over it.  Those are the most public ones recently.  The DoD got a bit uptight about one of the books written by a SEAL about the Bin Laden raid.

It is safe to say that the government takes secrecy seriously unless they are the ones letting out the information.  That is the privilege of government.  And before you ladies get bent out of shape about anything the President released, the President is the one who signed Executive Order 13526 which is the order that states what classified information is.  Therefore, he violates nothing by revealing it.

Theoretically the President has the Need-to-Know about everything.  And the word theoretically is not intended to say he cannot know something but only to illustrate that unless you know what question to ask, no one may necessarily offer up the information.  If he asks, they have to tell, because he decides what he needs to know.

Do us all a favor, read it twice and engage your brain before you comment and leave your emotions off the keyboard.  The most truthful article may be the least convincing but most open.  The article that is trying to sell you something is usually trying very hard to convince you.

In the end, it is the internet, take all truths with a grain of salt.