HomeCultureValues Without Context are Just Words 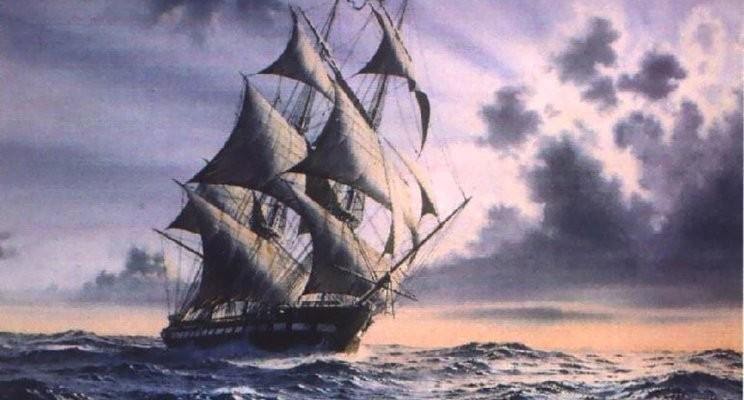 The value of Values and the discipline of Discipline

The voyage of the best ship is a zigzag line of a hundred tacks. See the line from a sufficient distance, and it straightens itself to the average tendency. Your genuine action will explain itself and will explain your other genuine actions. -Ralph Waldo Emerson

Imagine this. You are a twenty-three-year-old platoon leader ascending a mountain in Afghanistan. In winter. Your pack is heavy, because, in addition to your usual gear and weapons, you are carrying enough food, water, medical supplies, and ammunition to last you for three days. Resupply at altitude is difficult. You and your team are likely on your own.

One day into your mission, you reach your first target. The enemy has been decimated by air and artillery strikes. Most are already dead, but not all. You count four combatants who are still alive, two of whom appear to be teenagers. The Law of Land Warfare clearly states that you must treat and care for the wounded, even if they are on the opposing side. Though you quickly discern that no amount of medical attention is likely to keep them alive for more than a few hours, you must make a decision. Do you use your limited medical supplies on the wounded enemy soldiers who lie before you now, or do you save them understanding that these same medical supplies may be required to save the life of one of your own soldiers at some point in the next two days?

What is the right thing to do?

In some ways, my twenty-year career in the US Army was all about values, and I am already recognizing that they will be just as important as I transition into the civilian world, although in different ways. No matter where we are we are inundated with value judgments: media pundits analyze every step and misstep of politicians, athletes, and celebrities; the court of popular opinion passes judgment on the “good” or “bad” deeds of anyone unfortunate enough to enter its chambers; and if we are honest with ourselves, we all from time to time weigh the merits of our friends’ and neighbors’ life choices. These judgments are what it means for us to exercise our “values,” unchanging and unerring signposts that put right on one side and wrong on the other.

But maybe that is not what values are. Or, to put the question more pragmatically, maybe that is not a helpful way of thinking about how people really interact with values in the midst of the messiness that is real life.

Like all of us, I was raised with certain values, and additionally, had values imbued by my 20 years in the Army. As a father and an athletic coach, I want to instill certain values in my children and players. Most of us tend to treat certain values, such as “integrity,” as absolute, and judge any decision that violates those values as bad; we require repentance, punishment, or additional development for any breach of our values. I am not referring to the “universal values” that Shalom Schwartz developed, or even the “values systems theory” that Don Beck and Christopher Cowen developed from the works of Clare Graves and Richard Dawkins. What I want to think about is our own personal values-systems – whether it comes from the Army, where the values are: Loyalty, Duty, Respect, Selfless Service, Honor, Integrity, Personal Courage; or it comes from a company that focuses on Development, Integrity, Customer-Centric, Accountability, Honesty, and Quality – these are the metrics that we judge ourselves, or more frequently, others by.

However, I have started to consider that our preoccupation with “absolute “values,” such as “integrity,” may be misplaced. It is the application of values that we need to infuse into our future and our society. Let us take “integrity” as an example. We tell our children to always be honest – to have integrity – yet we don’t want them to tell grandma that her cooking is bad, or the babysitter has bad breath, or heaven forbid, tell someone they are fat. This is not just the case for integrity, but also for a number of other “value traits” that simplistically sound absolute, but in reality, are situationally dependent. We say loyalty is an absolute value, but don’t be loyal to the wrong thing; we say that respect is an absolute value, but ask an adolescent from the inner city what respect is and how you earn it, and he will give you a very different answer than an adolescent with a rural background. Customer-Centric may be a great ideal, but what about the customer whose desires adversely affect the company? Finally, think about the soldier in the scenario above: The Law of Land Warfare is very clear: he must treat them, but treating them will also exhaust his medical resources for the rest of the mission. If he uses his supplies on those he knows will die, he won’t have anything to treat his fellow soldiers if they are wounded—and he has a mission he must carry out. How does he apply the Army Values he knows in this incident? Loyalty: Does he show loyalty to the law, to his fellow soldiers, or to the mission? Duty: Is he bound by duty to the mission or to the enemy’s treatment? Personal Courage: Is it courageous to leave these wounded men to die, to risk the lives of his own men, or to disobey the law? And finally, Integrity: does he do what he feels is right based on what the law or his conscience says?

The point is, values aren’t absolute and don’t occur in a vacuum. We have to prepare and train people, like that soldier, to think through how to apply their values. While many approach ethics and compliance as a matter of obedience to set rules, what we really need is discipline, which is doing the right thing, at the right time, for the right reasons, regardless of the consequences.

So how do we cultivate internal discipline, and not just external obedience? While rules and laws provide us absolutes, here are a few principles that can guide us and get us on the right track:

Finally, I am not arguing what is right and what is wrong – that is for each individual to decide. I am just arguing that figuring out what is the right thing to do is a complex matter and requires much more than a straightforward application of values. Sometimes the right thing to do in one situation is not the right thing in another. Sometimes doing what you deem to be the right thing will look like the wrong thing according to the rulebook. It is a lot easier to be blindly obedient than to cultivate and practice the discipline of doing the right thing, at the right time, for the right reasons, regardless of the consequences. But as Emerson said, “The voyage of the best ship is a zigzag line of a hundred tacks. See the line from a sufficient distance, and it straightens itself to the average tendency. Your genuine action will explain itself, and will explain your other genuine actions.” Over time your true intentions will be understood.

Adapted from the book A Light in the Darkness: Leadership Development for the Unknown by JC Glick and Sarah Ngu.

He holds a Masters’s Degree from the Naval War College and was a Senior Fellow in the Service Chief’s Fellowship at the Defense Advanced Research Projects Agency (DARPA).