HomeCultureThey Were Independent Thinkers and Just A Little Bit Crazy 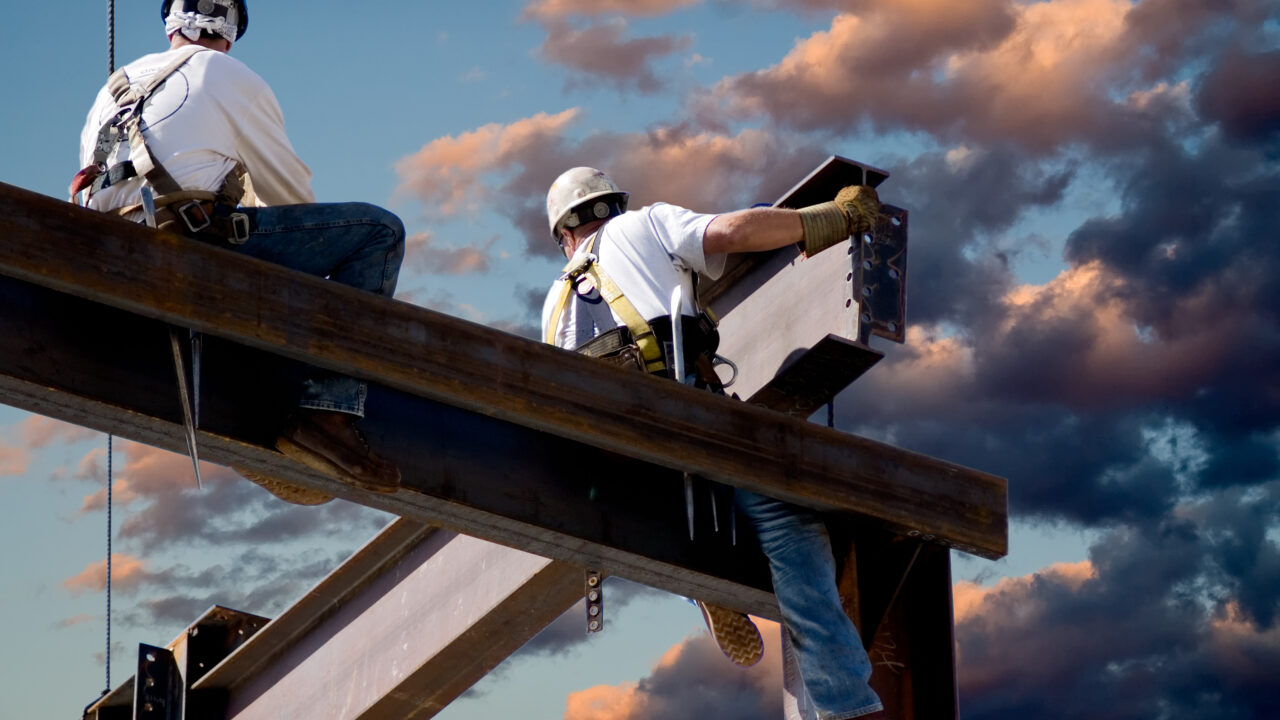 This first appeared in Frank’s Blog on February 13, 2022, as “Ironworkers and Freemasons“–it is republished here with the author’s permission.

Per Wikipedia, an “ironworker” is as follows:

“An ironworker is a tradesman who works in the iron-working industry. Ironworkers assemble the structural framework in accordance with engineered drawings and install the metal support pieces for new buildings. They also repair and renovate old structures using reinforced concrete and steel.”

As a definition of the term, it is sufficient in a generic sort of way, but it doesn’t fully explain what Stefan does for a living. It certainly does not address the ironworker culture. Yes, they have one.

I capitalize the word “ironworker” for Stefan because he is a member of the Ironworker Union. Being part of the union gives a totally different dimension to the term. Stefan is not simply an employee of a company, to be used and discarded at the whim of management. Stefan is a member of an organization with a certain amount of economic power. That clout gives Stefan and the other Ironworkers some basic rights with regards to their working conditions and benefits. In short, Stefan is part of a brotherhood in a very real sense.

Jacob Bronowski, the mathematician, wrote about the medieval masons in his book, “The Ascent of Man”. These were the men who built the cathedrals that still reach for the heavens throughout northern Europe. In describing the masons he said,

“The masons carried in their heads a stock, not so much of patterns as of ideas, that grew by experience as they went from one site to the next. They also carried with them a kit of light tools.”

Stefan and his coworkers follow the tradition of these masons. Stefan learns a bit more at each construction site. He carries with him his own kit of tools for the job, although they could not be described as “light”. Ironworkers generally have a toolbox in their pickup truck that weighs several hundred pounds.

Bronowski goes on to say, “The wandering builders were an intellectual aristocracy (like the watchmakers five hundred years later) and could move all over Europe, sure of a job and a welcome; they called themselves freemasons as early as the fourteenth century. The skill they carried in their hands and their heads seemed to be as much a mystery as a tradition, a secret fund of knowledge stood outside the dreary formalism of pulpit learning that the universities taught.”

Stefan has told me that his training over the past three and a half years is the equivalent of a bachelor’s degree. Certainly, in monetary terms that is true. Once Stefan becomes a journeyman in the next few weeks, he will be earning $40 an hour straight time. How many college graduates will start working at that pay scale?

Stefan is an expert welder. He earns good money because his skills are worth it. It is probably an exaggeration to say that Stefan is part of an “intellectual aristocracy” like the freemasons of old, but he can do things that hardly anyone else can do. Most of his fellow Ironworkers are like that too. They are valuable because they have the knowledge, and the courage, to build skyscrapers.

Stefan, once he is a journeyman, can move all over the country, and he can expect to be “sure of a job and a welcome.” Most Ironworkers settle down somewhere, but others wander the country just like those masons did hundreds of years ago. A skilled tradesman is not tied to a particular corporation. He or she is mobile.

Stefan has never built a cathedral. He probably never will. However, he has built banks, like the BMO Tower in downtown Milwaukee. In a country like ours, where the Almighty Dollar is worshipped, that tower is the spiritual equivalent of a medieval cathedral.

The Ironworkers are a rough crowd, often rude and crude. They walk on top of steel beams one hundred feet above the ground and laugh about it. They enjoy the adrenalin rush that comes with doing dangerous and difficult work. They love to point to a tall building or a graceful bridge and say, “I built that.” I guess they have to be that way. Other, more reasonable, people would never do that kind of work.

I feel certain that the freemasons (the original version) were also like that. They were independent thinkers and just a little crazy.

They left us a glorious legacy.