HomeCultureThe First Christmas Away From Home 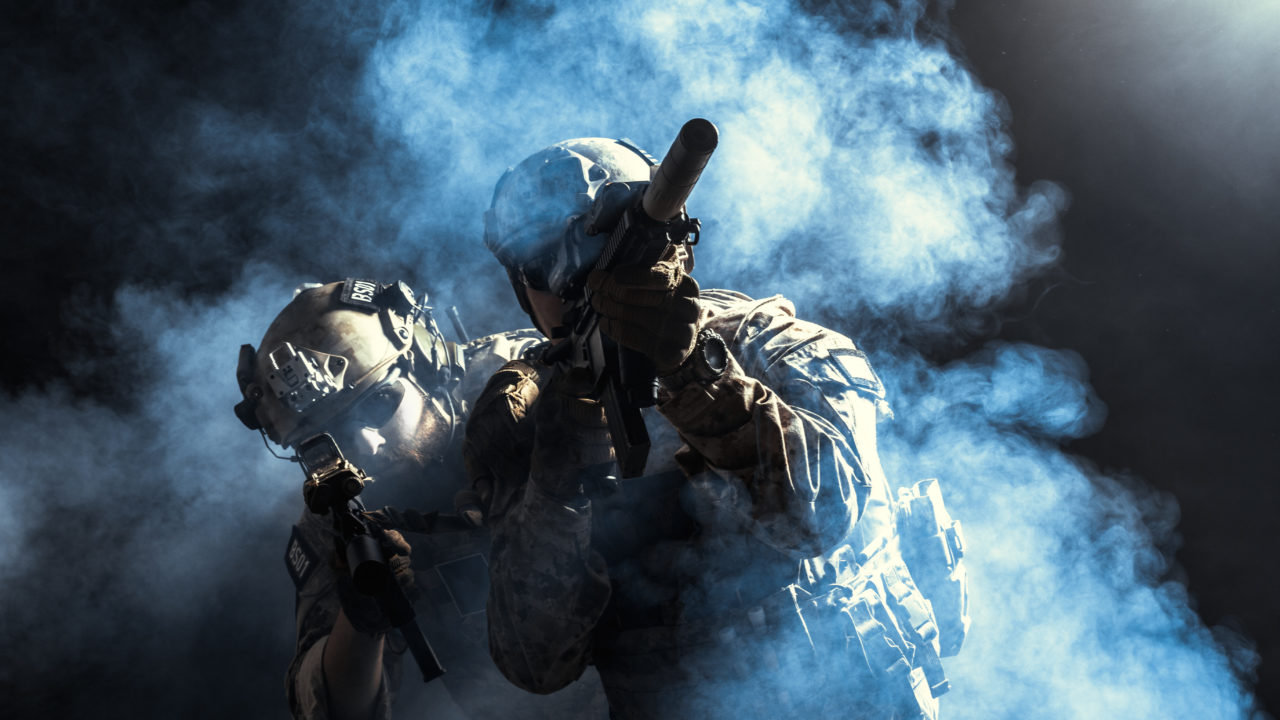 In dedication to the men and women who serve in the shadows.

I have vivid memories of my first Christmas without my family, my first Christmas away from home. I was huddled around a 50-gallon drum filled with wood taken from a compound fence our Joint Special Operations Task Force had just destroyed on a Rotary Wing Bilat. My rifle was slung and I had a poncho liner draped over my head. I sat back in the distance. I didn’t have enough rank for first-row heat from the fire so I sat quietly as men to my left and right gathered around the flames and shared stories.

I was 19, soon to be 20. That night, that moment, was likely the epicenter of change and a focal point in my life. Just hours prior the task force was issued an OP Order and provided intelligence involving an enemy compound. My team’s mission was to fast-rope into a mountainside landing zone and conduct a 2-km cross-country movement to a ridgeline. We were to the hideout, conduct over-watch, and spearhead a compound assault at 0300.  At the closing of the brief a USASOC commander posted and said verbatim, “Gentlemen, should you lose sight of the men beside you, or find yourself lost or alone, move towards the sound of gunfire and proceed with Violence of Action!” This was my first Christmas away from home, and my first exposure to the philosophy of Violence of Action.

The mission was kicked off by C-Co and B-Co weapons platoons. Multiple Carl-Gustav rockets were fired from two opposing hillsides above the valley. As soon as they hit their mark the 240s opened up and we began our assault.  240s positioned on the left and right began volleying and raining down rounds in succession as suppressive gunfire to cover our element bounding towards the compound. Bullets were cracking off over my head, ricocheting a short distance in front of me. I was f****** scared!! In the distance, I could hear rotor-wash and caught signatures of Little Bird fan blades sparking from static electricity. Two DAPS began strafing ground targets.

The birds laid waste to the compound structures and vehicles.

At about 1 km out my team began firing on structures and vehicles. I was told to, “Aim for doors and windows,” any place an individual might be positioned or have a vantage point on our movements. As we bounded closer and closer the gunfire intensity really picked up. At 100m out suppressive fire grew to a near-constant.

Just steps from the planned entry point my team leader popped off a star cluster to signal the guns to shift fire. He simultaneously called “Breach” which was the command to rally on him and ‘stack’ at the compound entrance behind cover. He called for a shape. I jettisoned my assault pack and pulled out a C-4 explosive door charge for placement. My squad leader set the charge and echoed “Blast-Blast-Blast.” Seconds later the primary compound door blew off the hinges and we entered the breach.

Suppressive fire on the hill behind us was cracking over our heads and ricocheting steps away. We entered the compound and began assaulting buildings and clearing them. We dropped chem-lights on the doorsteps of each one cleared.

That night we recovered 4 people. I can only assume they possessed something of significance because they were ushered off to a Blackhawk LZ with a dipped out with a Delta Security Element. We captured a handful of enemy combatants, killed a dozen or so OPFOR, and took the livestock and a couple of dogs.

I have relived and replayed this memory and many like it for nearly all my adult life, these permanent stamps constantly swim in my head. The memories appear when I’m awake, more often in my dreams.  Sometimes I wake up gasping; yelling, or posturing a particular way… reactions are beyond my control. Sometimes I’m sitting down and doing nothing, they just appear. The vividness of some of them is stark in comparison to today’s reality.  Many are undeniably dark and destructive. Some are unbelievably trivial. Needless to say, the memories visit me while I’m awake, and in my sleep – if my mind will allow me to. The most destructive part is the triggers, instantaneous triggers; when I hear gunfire or loud bangs, when hear screaming, the calamity of crowds, when a dog whimpers, a baby cries, when I see a certain wardrobe or footwear when I come across someone injured when I smell fire, unique fragrances or food, and etc.  The sensory imprints cannot be erased or forgotten.

It took me nearly 15 years to calm the chaos between my ears and hush the memories, their vividness, and accompanying emotions. I found the way, the keys to recovery – if that’s what you want to call it. About four years ago significant wisdom and maturity arrived in my life. One day everything seriously “clicked.” I came to the realization that I was finally intelligent enough to explain in words (and I understood) where I had been and what I had done. I discovered the ability to explain my life and these experiences in words, with stories, and sharing them with people like me, who have entered the breach and witnessed firsthand Violence of Action and the destructive abilities of humans, helped me get better.

These memories stay with us forever. We bring them home. My best friend Frank brought them home. I was able to fend them off. He was less fortunate. His reality was significantly darker.

For the remaining days of my life, I promised myself I would never allow a brother who witnessed the dark to stay quiet and forge alone. The last time I saw Frank, I saw myself – years earlier. My brothers, the freedom fighters, people like me helped me get better. I vowed the same for Frank. I discovered saving him was beyond my control. I could not save him. I am so very sad he is gone. I am saddened by the visits from his ghost of the first Christmas away from home.

I miss Frankie. Yesterday, Christmas eve, I visited his parents. I vow to visit them or send a kind gesture, as he would have done for me, every Christmas, Mother’s Day, and Father’s Day. Today, I delivered to them a flag. The flag was my gift in remembrance of Frank and his first Christmas away from home… The Christmas the ones who loved and knew him will never forget either. Frank is home, but he will never go home. Some of us can never go home or come home after Violence of Action.

This is how I will always remember Frank’s first Christmas away from home.