HomeCultureMilitary vs. Civilian: What makes you different from Me? 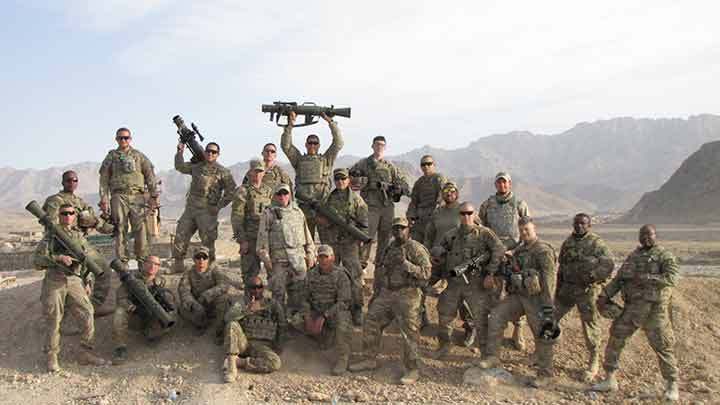 Many times during a military career, one might encounter hundreds- maybe thousands- of questions. They range from “What is your average day like?” and “How long are you deployed?” to more personal questions like, “Why is divorce prevalent in the Armed Services?” and “Have you killed anyone?” I am the oldest of four boys- I have three “little” brothers all serving in the Army. They report much of the same.

The longer I spend in the military and in the Special Operations world, I realize a single commonality in nearly all the questions my friends and I get. It’s simple, and I actually kicked myself a little bit for not seeing it more quickly. The single common trait in nearly every question I get from civilians is this- they are trying to figure out what makes me, my friends, and the military in general different than they are. All of these questions ask the same question at heart- “What makes you different than I am?”

Rooted in every inquiry is the simple desire to understand a very small culture of individuals, inexorably linked. Each service, while different than one another, is often grouped into the same general category. A United States Marine is just that- but if a small child calls him an “Army Guy” knowing no better, that small child is going to get softly corrected. Navy, Air Force, Coast Guard- all different, but falling under the same umbrella of DoD and the DoHS, yet each service having a distinct pride in their individuality, their specific expertise brought to the global fight.

So what is the difference? What makes the men and women of the United States Armed Forces different than the general populace?

Well, first of all- please understand different means just that. Different. Not “better”. I understand the idea that these men and women- my brothers and sisters in arms- have knowingly volunteered to serve in a profession that could very well mean their death. But if you ask a military member if they think they are better, entitled to more, or in any way superior to your average citizen, the overwhelming majority of answers would be no, and I feel supremely confident in that assumption. I fully include the Special Operations career fields in this example.

If I were to boil this down, to absolutely reduce my answer to its ethos, I need to look no further than the respective branches’ core values. Each service has simple, concise values it expects from every single member. The value that makes an appearance in all 4 services’ core values? Service. A dedication to one another and the United States, in defense and support of the greater good, no matter the cost.

Never before have we had a population of war-tested and proven leaders, followers, and truly selfless military members as we do now. With no disrespect and the utmost courtesy paid to the giants on whose shoulders we stand today- Veterans of World War II, Korea, Viet Nam, Grenada, Gulf War I- never before in history have we had the technologically advanced, lethal warfighting culture that we have today. After nearly 17 years of continuous fighting, we have sharpened our skills to a razor’s edge. Ready to deploy at a moment’s notice, spending years away from family, friends, and country over a career. Wives, husbands, fathers, mothers, brothers, sisters- all dropping their lives, pushing pause on relationships and hobbies, and spending months and years at a time in a hostile, worrisome and dangerous environment- all for service. Selfless dedication to the task at hand. While that may give some insight, it doesn’t fully answer the question of “Why do you do it?”

A commander of mine, whom I respect very much, recently said the following to our unit. It rang true because I felt the exact same way, I just didn’t know I did.

“Someone once told me that this squadron was my family. Initially, I said, ‘No, they aren’t. A team? Sure, everyone works together towards a common goal to accomplish great things. But not a family.’ I came to find out that I was wrong.

Do you realize we spend 8 hours; one-third of our entire life- asleep? And the other 8-12 hours a day we spend here at the shop with these people. Some for 20 plus years. Think about it. We know their wives, their children; we know everything about them. We live in cramped quarters with them for months and years at a time, during the most stressful times in our life. We know how to leave them alone when they need it, and when to force them to talk. We know what food they like and what to do to cheer them up when they are being morose. Hell- we know they are having a problem before they know it sometimes. We know what to say to rib them and make fun of them, and we don’t have to talk to figure that out.

We hurt together, we celebrate together, and we lose friends together. We grieve, mourn, bleed, cry, rejoice, laugh, fear, hope- together. So yes, this is our family, like it or not.”

And it’s through that strength, the cohesion of the military unit, which we are able to raise our hands and volunteer to do what we do. For some (including me) we raise our hand again and again, “…to support and defend the Constitution of the United States, against all enemies, foreign or domestic.” We do it because of that commitment we feel to one another. You get in to serve your country, but after you spend a little time in the military you find yourself just wanting to help your fellow Airman, Soldier, Sailor, or Marine. You want to never ever let the team down. You want to succeed as a team. Excel as a unit. Perform as a Squadron, Battalion, or Group.

Initially, every single person in the military had the same feeling. That feeling, faint or strong, was the need to defend this great nation of ours and stand up so that others didn’t have to fight. It is said that the price of freedom will be shouldered by only a few of each generation, and I believe that to be true. Less than 1% of the United States’ population is currently serving or has served in the Armed Forces. However, that 1% willingly wakes up every single day, proud to put their uniform on and continue to serve, despite the cost. And that cost is high.

So, if you ever find yourself with one of those questions, ask. Listen to the answer. Talk with a military member about why they choose to do what they do. Ask them about deployments, their day at work, their haircut. Ask them why they do it. But I will bet I know the answer.

They serve for the men and women that have gone before, for their brothers and sisters serving now, and for the United States’ future. And that’s why they’re different. Not better, just- different.

This first appeared in The Havok Journal on January 17, 2019.