HomeCultureThe Craft: The Importance of “Presence” 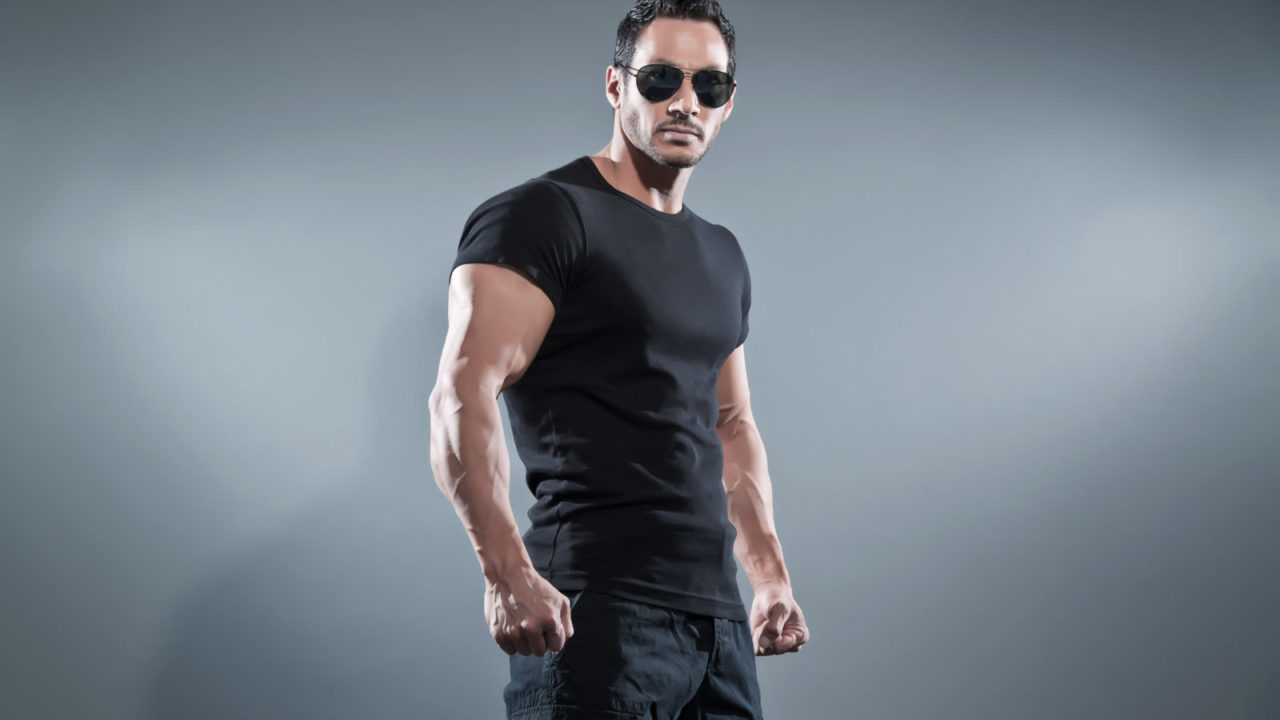 The longer I stayed in Hollywood, the more I understood what it meant to be a cowboy. I wouldn’t get (and didn’t deserve) the same respect as cops or soldiers. But there were two things — one skill and one trait — that bouncers relied on more than other Sheepdogs. The skill? Rapport-building. The trait? Presence.

Cops, for example, can build rapport well and — individually or collectively — exert a strong presence. But cops also have badges and tasers and batons and guns. The general public tends to think twice before swinging on a cop.

The only thing stopping someone from taking a poke at us was our personal presence. Presence. That acquired aura you project, no matter how drunk, angry, big, strong, high, or dangerous that cat in front of you is. That seed of doubt sprouting up in the loudmouth’s mind. That speed bump in homeboy’s brain, slowing him down, making him ask himself if it’s worth it.

Look, I’m not a big dude. I don’t have mountainous delts or hammer-sized biceps. And I don’t have a scary face. No broken nose or cauliflower ears. There were people I could physically intimidate. But not many.

But Presence isn’t just intimidation, it’s also rapport-building. And I could do that. I could make you feel important. I could be good buddy. We could be friends. And do you really want to ruin that by starting some drama in my club? Because then, out comes Mr. Hyde. In other words, I’m very nice. Until I’m not.

When you have no badge, uniform, or gun, all you have is jungle diplomacy. And we were in the jungle. Down the Strip to our left was the House of Blues. They featured a stabbing or brawl almost every time they had a hip-hop show. And they had a lot of hip-hop shows. And just what 24-hour restaurant do you think those crowds went to after the show? So there I’d be at the restaurant door. Swapping some smiles. Taking their pulse. Making friends.

Down the Strip to our right was the infamous Asian-themed party castle, Miyagi’s. Talk about Presence. They hired giants to work security. A team full of moveable mountains.

Didn’t matter. After one of them got shot on the job, they all got gun-shy. That’ll happen. It was about a month later that their whole team sat back and watched their own security manager get stomped into the gutter by a biker. From what I heard, he was going to need six-figure plastic surgery because his face got turned into a Picasso.

Now, we were, by far, the smallest-statured team on the Strip. But we survived because, as bouncers go, we were serious about our craft. Well, most of us.

Danimal was all about the good life. He was the only one who didn’t work out, didn’t train and, worse, didn’t have much interest in it. He rested heavily on his high school wrestling laurels. He was working the easiest shifts on the schedule, and he was working the front door, so his negligence hadn’t caught up with him. Yet.

He was holding up, all right. He was holding up an Armenian.  Literally. He was bobbing towards the front door, fireman-carrying the guy.  I watched, amused, until, with a frantic shake, the Armenian kicked himself free of Danimal’s grip and tumbled onto the ground. I jogged over. Judge emerged from somewhere and the three of us threw the guy out onto Sunset.

It was the first time I’d seen Danimal get physical.  ”So, fireman’s carry, huh?” I punched his arm. “You trying to show off?”

Danimal wasn’t smiling. “Dude, I think I’m bleeding.” He lifted up his shirt.

Sure enough, he had an oval of small punctures in his skin — “Did he bite you?”

Danimal nodded. “I had him in a headlock.”  Like a WWE-style headlock?  “I felt him take a chunk out of my stomach. That’s when I lifted him up.”

Nothing like getting chewed on to get the adrenaline pumping. “Um, yeah, that’s why you don’t ever go for a headlock.” I squared off against Danimal to prove the point. “Not only can he bite you, but from there, all he has to do is squat and he can pick you up.” I balanced Danimal in my arms.

Danimal nodded. He was kind of shellshocked. “Hey man, I think I need some moves.”

I had to laugh. As they say, it takes a big man to admit a mistake, but it takes a bigger man to laugh at him.  Up to that point, being a good compassionate, liberal college kid, Danimal had looked down a little at the macho fascination Judge and I had with the martial arts. Maybe he was starting to see there was a very practical aspect to our interest.   After all, we weren’t accountants.

Of course, someone needed to remind Bruno of that.

Bruno was the hotel’s general manager. He was a balding fireplug of a queen, who, for the most part, saved his flamboyance for his personal life. Which put him squarely to the cultural right of the other managers. I mean, our Food and Beverage manager was a coke fiend who lived to kiss-and-tell about his weekends in Boytown. And the Purple Room manager was a sexual and social chameleon who lusted after being lusted after. Our HR manager was notorious for the times she and her seven closest friends would get drunk in the restaurant, boss the servers around, send back food and then leave without tipping.

So maybe Bruno was the sane choice. I guess he knew about budgets. And food. And customer service. But he left at 5 pm on the button. And it showed. He had no idea what happened when it got dark.

“There’s no reason you should ever curse at a customer.” He had called us in for a noon meeting so he could pontificate. “We are in the people business. If you can’t be nice to people, maybe this isn’t where you belong.”

The incident reports had been piling up from all the fights we were having.   Bruno was nervous. And when executives like Bruno get nervous, they start micromanaging. This is why, a few days later, when Sylvester was looking to fill the last spot on our team, Bruno hired Julian.

I was in the breakroom with Ivan and Judge eating dinner when Sylvester came in and rolled his eyes.  ”Bruno made me hire someone.” No one said anything. I was prepared to wince.

“He wanted someone who wasn’t going to fight.” Oy. I hated being right.

“Has he done security before?”

My eyes popped. “Say what?”

“He was a waiter, Chris, OK?” If Sylvester was getting defensive this quickly, this Julian must be a goddamn sight.

“Does he train?” This wasn’t a macho, my-dick-is-bigger-than-yours type of question. This was a survival question.

“He, um, said he wrestled as a freshman.”

Julian was fifteen minutes late when he came sauntering into the breakroom. He was thin-boned, small, and with no hint of musculature. A mop of wavy blond hair sat on his tanned, youthful, preppy face. His Polo shirt was unbuttoned down to the chest like he’d just stepped off his yacht. Talk about intimidating. I was scared shitless. We’d been undermanned for two months, and this was the cavalry? An Abercrombie and Fitch model without the six-pack?

I reminded myself this wasn’t Julian’s fault. And looking like he did, he was going to need all the friends he could get. I held out my hand. “Hey, bud. My name’s Chris.”

“Huh,” Julian smirked, ignoring my hand. He gazed around the breakroom and his eyes lit on Angie a few tables away. “I’d hit the shit out of that.”

And he was the diplomat come to enlighten all us knuckle-draggers? Maybe he’d forgotten to pray to the ghost of Henry Kissinger that morning. Yeah, yeah, I knew Henry Kissinger was still alive. I just hoped, with this little cunt protecting my back, I still would be, too. Goddamn it, Bruno. Fantasizing Julian as his rent boy was going to bury us all.

Julian was immune to the pressures of the job. The nuances of standing post seemed beneath him, so he decided to meander into the bar and try to talk Angie into scoring him some free shots.

She couldn’t get out from behind the bar quick enough. “How the hell did he get hired?” She didn’t need me to answer. “Bruno’s trying to get his dick wet, isn’t he?”

Ivan nudged me. “That guy is sitting down in the stairwell.” He meant Julian. Ivan had stubbornly refused to learn Julian’s name in protest. “He says his feet hurt.” Somehow, I’d become the complaint department. Probably because tossing any complaints at Sylvester was like poking a tiger by now. “Can I punch him?”

I approached Julian. “Don’t tell me…your feet hurt.” He had lit up a cigarette and was casually resting his elbow on the steps. Was he JFK? Were we in Hyannis Port?

I don’t know how a lounging five-foot, eight-inch vagina can talk down to someone, but somehow he managed to. “It’s not a problem,” he said as he stared past me, lost in blasé contemplation.

So it wasn’t a problem for me when I heard his hysterical, “Code five! Code five!” over the radio an hour later. I was tempted to take a good long minute before I responded, but, romantic that I am, decided to get on my horse and play the white knight anyway.

By the time I found Julian on the back patio, he was shaking. Two Mexican cats had gotten into it in front of him. Apparently, his vaunted powers of persuasion weren’t enough to stop them from shoving him into a concrete planter and continue their brawl. Ivan and Judge had them pinned on the ground.

I had to grin watching the adrenaline dumping through Julian’s body. “How’re we doing?” I relished the teachable moment to come.

He shook his head. “This is some bullshit.” Well, it wasn’t cricket.

He spent the rest of the night at the front door. With Danimal to chaperone him. He didn’t come to work the next day. Or the day after that. In fact, we never saw Julian again. I guess he learned his lesson.

I wasn’t sure I could say the same about Bruno.