HomeCultureThe Atheist in the Foxhole 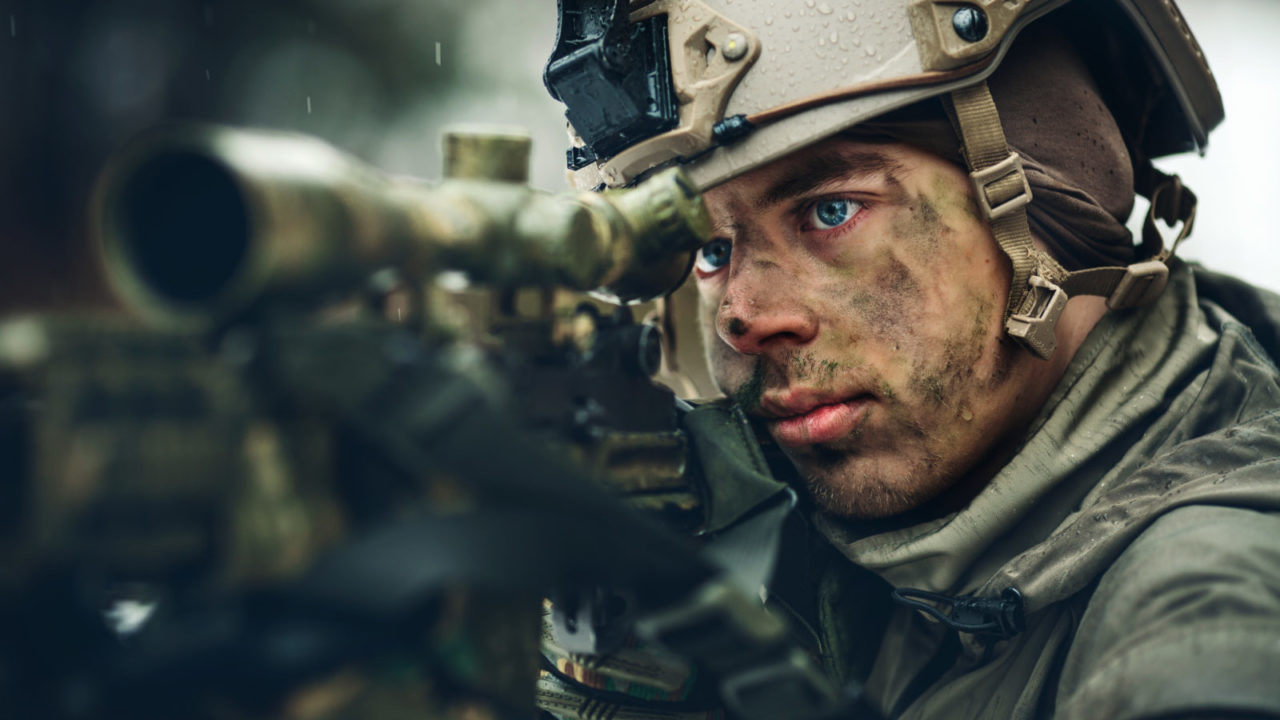 “There are no atheists in foxholes.” This quote, attributed to many progenitors but never firmly accredited to anyone, always sat at the back of my mind in combat. If there were no Atheists in foxholes what was I doing in the middle of a war without any belief in a divine backer? Or was it to be that with every crack of a bullet or whine of inbound rocket fire that I was to have a battlefield conversion? Was I to be secretly praying to any celestial being who would listen to save my lousy hide because fear had so driven me? I am, along with many others, the atheist in the foxhole.

It is a curious philosophical fallback that when considered perhaps has meaning in a moment. As bullets pass and death seems to be imminent is it our nature to seek spiritual protection in the moment? “Please god let me make it out of this alive” repeated over in one’s head it implies that a soldier would do and say anything to make it out alive. I know soldiers, I know that fear is present but that reaction is faster than the speed of thought. There is not time for prayer. Fear is acknowledged but overcome.

Say we don’t approach the statement as a proposition and merely discuss the idea of atheists and theists sharing a foxhole. One prays the other doesn’t; who is more likely to be killed? If the atheist is killed, would it be said “well, that’s what they get for not believing?” The theist next to him should be asked, while you were praying for yourself, were you not enough of a divine dynamo as to have enough juice to protect your fellow next to you? Or should the Theist be killed would the atheist sit and say” my friend, I told you so.” This exercise may bear little fruit. The one thing they each have in common is that they die equally, often next to each other. Neither believer nor nonbeliever deserves it more than the other; death is simply the byproduct of the action they are engaged in.

In my experience neither of these outcomes holds true. Even in the face of tragic loss or horrific clashing of arms. In the war we find ourselves embroiled faith is weaponized. Sharpened and poisoned tipped it is aimed at the foe, propelled by a bowstring pulled taught via tension applied by clerics and priests alike. To ignore this factor one would find comfort next to their fellow ostrich. Plenty of sand I assure you, for which to bury your head.

I fought next to devout followers of many faiths. We conflicted in idea alone, yet respect was ever-present. The soldiers I served alongside knew how I felt; that I did not believe nor would I regardless of the volume of fire. My explanation for the unexplained remains the humblest of the sort. We grieved and fought together. A microcosm without reflection in the country we fight for. Perhaps it was only because we had a common enemy, to unite our disunited beliefs. Not true again. The bond shared by so many from the innumerable cultures and sub-cultures that have taken root and thrive within our borders is our strength. A common foe not needed to bring us together, yet at second glance a powerful motivator to do so.

The enemy we face has these things too. They come from many countries and many cultures. Vastly older than ours immersed in a diversity that started when men and women still worshiped the spirits of flora, fauna, sea, and sky. This origin it seems has been forgotten and suppressed to make room for their myopic inheritors. They lived together for so long building vast empires and monuments to be gazed upon in awe. Their usurpers have destroyed many of these robbing humanity of its greatest treasure; our shared history. The difference between us and them is that despite our many flaws and seeming lack of concordance, we function. We fight as people of different backgrounds are prone to do, as members of a family do. Their lives are ruled by absolutes where we, hopefully still do not.

You see it doesn’t matter what you believe in a foxhole. As long as it’s an American one you are free to believe or not to. I would still to this day give my life for a fellow soldier be they Christian, Hindu, Jedi, or even Muslim. They have sworn that oath that we all do. Put on the same uniform to be a target the same as I or the person of separate denomination next to them. Let me touch on a point. This does not mean your ideas are free from question or ridicule.

Your freedom and mine mean our thoughts, feelings, and opinions will be and should be scrutinized. We have forgotten that through this process new, better ideas are forged. The bruised ego will heal, the opportunity to learn from it a priceless lesson. You can do this without fear for your life from secret police or religious militias. Your family will not be taken in the middle of the night to never be heard from, nor will you be forced to share your ideas secretly for fear of terminal reprisal. Those are the tools of the absolutist, of the totalitarian. Not the American, at least I have come to hope so. So you can stand to have your feelings hurt from time to time, after all it’s an American tradition.

There is no bargaining with extremists. They have forsaken reason and compromise and replaced them with a world with a single-minded purpose. You can’t argue or debate them into changing their minds. Their minds are the property of their ideology. These types of ideologies offer nothing and take everything. What can be assured is there are no atheists in the enemy’s foxholes or anyone for that matter that thinks or acts differently. We must prove as a nation, and as a diverse people, that we are better. We have atheists and any number of other people in our foxholes. We are better off for it.