HomeCultureMedicinal Marijuana Use by Veterans and Law Enforcement 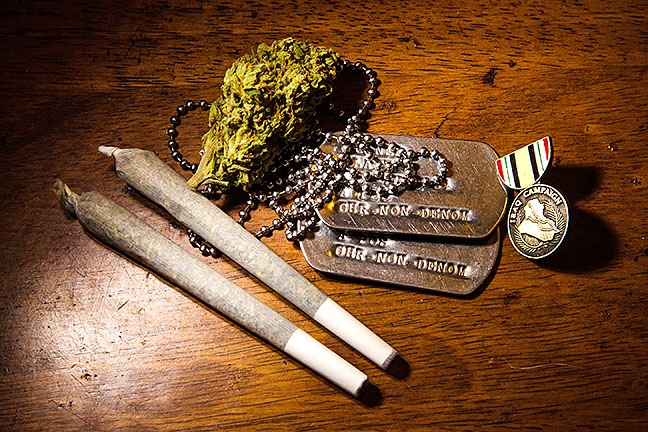 How could I justify becoming a medical marijuana card holder while at the same time being a Narcotics Detective? I felt like one of those corrupt cops people watch in movies — hypocritical and ashamed for even thinking about a decision to try cannabis as a legitimate modality. It was a desperate choice to try cannabis, but I’m astonished by how my life has changed in just 18 short months.

I wouldn’t purposely condone medical marijuana while driving, but I’d be lying if I told the story any other way than it actually happened. After leaving Venice Beach, I obtained a piece of paper saying I was legal along with a pre-rolled joint of a sativa blend hybrid called Blue Dream. Despite my court expert status, I had no idea what I was doing. I guess it’s an ego thing coupled with the normality of operating a radio while driving a police car, why not operate a joint? Let me remind you, I’m also a guy who established IV’s in the back of helicopters in the dark leaving areas where someone just tried to kill us. I don’t advocate doing anything dangerous while partaking in medicinal grade cannabis. However, if the alternative is the one that 22 a day are taking, all I can say is — I took a calculated risk. 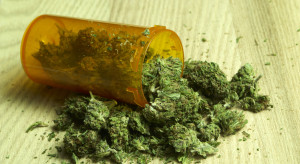 Light blues and purples iridescently skimmed off the water over the horizon. As I lowered the window, I exhaled peace and I’d longed to feel peace again. Inhaling and taking a small drag, I began to cough and laugh hysterically at the ridiculousness of it all. I remember the overwhelming sense to smile and the tightness in my cheeks that I hadn’t felt in so many years.

Like a newborn baby, My diaphragm expanded and relaxed for the first time. I noticed the way the reggae music exiting my stereo speakers felt against my skin. Suddenly, I was able to tune into the world around me. I remember saying to my wife “What a bunch of bullshit, this is illegal.” While handling Los Angeles traffic, which is normally a trying experience, I felt a great state of enjoymet. It was the most enjoyable day I could remember in a long time. I still feel gratitude that I got to spend it with my best friend, and the person who was always by side. My wife didn’t know it at the time, but she probably saved my life.

Cannabis has led me to find and adopt new ideas that would have previously being unaccepted in my paradigm. The stigma and the romanticism of PTSD coupled with a learned helplessness created by systems that are virtually incomprehensible for veterans seeking help are undeniable. It’s time for therapeutic methods, like the legal status of cannabis, be decided by science and not through social and political influence.

PTSD is a natural physiological reaction to being placed in a shitty situation for a long period of time, and the true enemy in life is not any one person or any particular place. It is, in fact, stress and fear of the unknown. A counter-attack of happiness and vitality may be the lifestyle changes needed in order to gain some traction. Make no mistake about it, this is a fight for our lives. Collectively, veterans must engage the enemy of a limited vision through honesty, love, compassion and empowerment.

Trying to find a constant State of Flow, brazilian jiu-jitsu and the ideologies of martial arts empower and provide a sense of safety. I try new things and recently attempted transcendental meditation techniques. I’ve chanted like a Buddhist. I’ve found balance and peace, through Yoga.

Transformative experiences in the jungles of Peru while drinking Ayahuasca allowed me to love myself again. I’ve reconnected with my spirit through music. Every day I feel mentored by some of the Internet’s greatest minds. Podcasts have molded a movement and revolution of the mind. Informational resources such as Joe Rogan, Duncan Trussell, Aubrey Marcus, Tim Ferris, Nick Gregoriades, Eddie Bravo, Amber Lyon and Daniele Bolleli employ us to reshape our reality and to find our inner happiness, allowing us to create powerful and significant lifestyle changes.

For as long as I remain conscious, war will probably always exist. So long as there is patriotism in those connections of combat, there’s a flip-side we must be honest about: Life after war is hard and often unsettling. There is hope, though. If we look hard enough, help is free on the Internet. Our power as human beings is not within our muscles or within our weapons, but has always been within our ability to cooperate with one another and to be honest about those experiences.

This article first appeared in The Havok Journal on 4 April 2015.