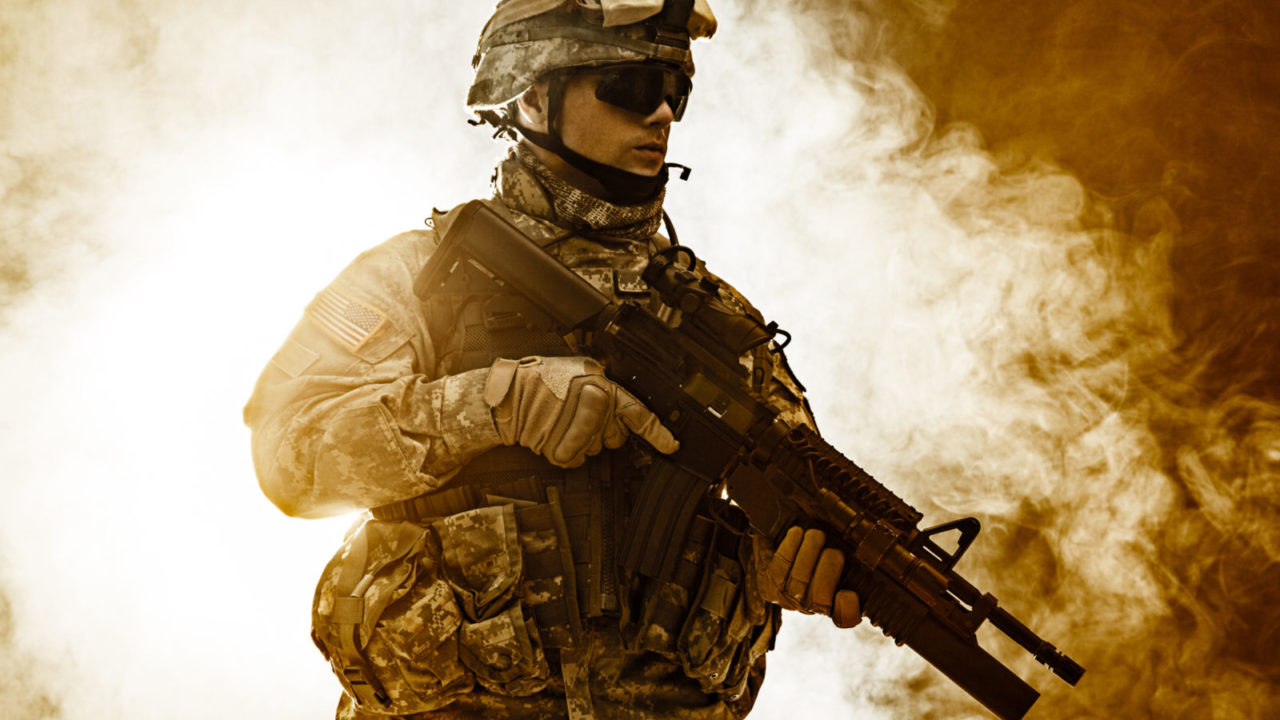 Editor’s Note: In this series of articles from 2016, HJ writer Michael Kane interviews Ranger Up CEO Nick Palmisciano, who is considered by many to be “the Godfather” of modern veteran entrepreneurship. Nick was listed by We Are The Mighty alongside other high-profile veterans like General Stanley McChrystal and Veteran Affairs Secretary Bob McDonald as a “veteran poised for impact” in 2016.  In this multi-part series, Nick addresses starting a new business, work/life balance, the pitfalls of politics, and the importance of giving voice to the veteran community. For additional context to this installment, see Part 1 and Part 2 of the series.

HJ:  Ranger Up’s product line carries a distinctive veteran and first-responder flavor, although the brand clearly crosses traditional demographic barriers. Do you think other vets should orient their businesses to veterans, or to the general public?

Nick:  For us it’s not about choosing veterans or the general public, it’s about choosing something that you believe in and know well.  I’ll give you an example:  I do some mentoring with Duke University and with some other schools and with people starting their own business, and people talk about “going broad” and they say “we want our product to appeal to everyone, we want our messaging to appeal to everyone, we want our colors to appeal everyone.”  They are always talking about how they can get everyone.  Who’s your customer?  They say, “everyone’s our customer.”

Here’s the thing, there are some companies that are exceptionally good at getting everyone.  Those companies are Amazon, Walmart, Target.  They are better at anyone at getting everyone.  Nike gets everyone.  They have a budget, they have messaging, they have television crews, they have everything at their disposal and you cannot compete with that.  If your message is “my product is for everybody” you’re going to lose to those people because they are better at it than you are, they have more money, more resources.  You’re not going to win—but with a niche, with messaging that is personal to you, that you believe in, you can beat anybody.

So in the case of Ranger Up, our messaging is geared entirely towards our community and people that share in our values.  That doesn’t mean that we don’t sell to non-military; 43% of our customers have never served in the military or as a first responder.  So we definitely reach outside of what a person would think of as our target market, but we don’t shift focus off our belief system.  We’re pro-military, we’re pro-law enforcement, we are pro-2nd Amendment, we are pro-Constitution, we are pro-“hard working.” In that vein, we don’t sell out regardless of whether it’s going to be good for us, or not.  You’re not going to hear us espousing stupid, political commentary, even if it’s a commentary de jure, were not going to jump on bandwagons but were also not going to apologize about our beliefs.

So occasionally when the political discussion de jure is to smash the 2nd Amendment, or say “people that own guns are dumb” and all that stuff, we are happy to stand in the pocket and trade jabs with anybody that wants to have that conversation but in the same vein you’re not going to see me posting things like “Obama wasn’t born in this country” even in a time where it was politically expedient to do that.

We try very hard to be reasonable adults and to have conversations, even when we’re joking around.  We take that very seriously.  So back to your question, we have our brand voice, and it’s what we all believe in.  That’s what makes it so easy, this is who we are, this is what we believe in and we shout it from the rafters. And we make it very clear and when people go after us, we have no problem saying “We disagree with you for these reasons” And when people get really vicious, we have no problem as a brand saying “Hey you know what? Go screw yourself” Target can’t do that, Walmart can’t do that.

We can do that.

So it doesn’t matter what your brand is, what your target market is, but if you’re a new entrepreneur, and your message is going to be for everyone, you better have something AMAZING because it’s almost impossible.  You better have a product that no one else has, that no one else can make, that is going to change the world.  Like, you better own Facebook because otherwise, you have to win with messaging to your constituents, people that think like you, people that believe what you believe whether you’re starting a valet business, a rugby business, a football business, or a business for engineers.  It doesn’t matter.  You need to specialize, you can always build from there if you want too, but the idea that you’re going to be better than these huge companies is comical, so your messaging is almost as important as your product.

HJ:  It seems that part of the reason you have such dedicated fans, including us at Havok Journal, is just because of that.  You make some great videos and you don’t dip into politics too often, but when you do, it’s very clear in what you believe in, and the whole thing about ‘screw you and this is what it is for us’ its what makes a lot of fans.

Nick: Yeah, you know, it comes from an area of respect.  I don’t dabble in politics because as absurd as it sounds, we know that we carry some weight in the community and I don’t feel like its right to tell people what they should think.  I grew up in a household where my parents were essentially moderate republicans but I grew up in Massachusetts so you know, a lot of my uncles, my aunts, my friends, my family ranged from moderate democrats to raging liberals to raging conservatives.

These are all good people.

They are all hard working people. They have different world views because of various things that had either happened in their life, how they grew up, whatever.  And I grew up in an Italian/Portuguese  family so every weekend, the whole family would be sitting around the kitchen table, eating food and having political debates.  These were all successful people, hard working people.  Many served in the military.

All loved their country and had different opinions on things.  And so, that’s the world I grew up in.  I can disagree with somebody and still hang out with them.  I can completely disagree with somebody and still appreciate them as a person and frankly, I think that’s the way the military is because if you look at the stats and people get out of the military: 33% are Republican, 33% are Democrat, and 33% are Libertarian.  It’s the most balanced community ever.  People go into the military with a different outlook but they come out 33, 33, 33 and yet, everybody is friends.

The military tends to coalesce around certain concepts.  Most people in the military are pro-Second Amendment, even if they are Democrats.  In the South, there are a whole lot of Democrats that are pro-Second Amendment.  A Democrat in the South is different than a Democrat in the North. A Republican in the South is different than a Republican in the North.  There is so much diversity.  At the end of the day, people should be able to think whatever they want to think and have reasonable discussions because that’s how you actually get anything done.

It breaks my heart when I hear people say things like “Stupid f’ing liberals” or “Dumb f’ing conservatives” or any of that shit, where you’re taking half the country essentially and stamping a label on them and then taking the other half of the country and stamping a label on them.  There is just no nuance of thought anywhere.  It’s absurd.  It’s like there are two teams, you either have to be a Patriots fan or a Giants fan and that’s ridiculous.  And for whatever reason, that’s what we have all kind of grown accustomed to in the last decade or so.  And I actively fight against that.  I think it’s a bad thing, I think it’s not good for us.

When I was a kid, people got fired up during elections but then it was over.  People didn’t rub it in each other’s face for the next 8 years.  And that’s what’s happening these days.  You know, 8 years of President Bush and people just said “man, this guy is just stupid” and then 8 years of President Obama and people saying “This guy is a communist socialist piece of crap that wants to ruin the country.”  I may disagree with both men on a variety of things but, come on, everybody is trying to do the best that they can.  I don’t want to contribute to that, so I try very hard not to.

Next: “Veterans and Voices”