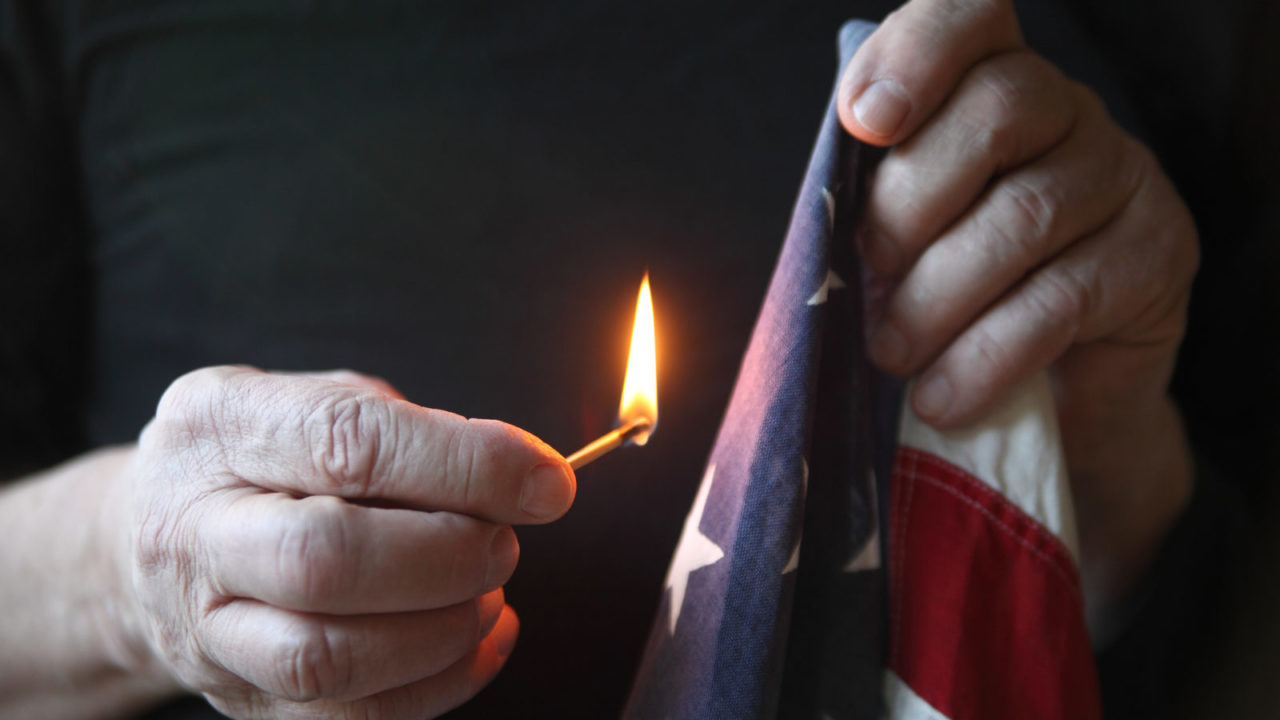 Protesters outside of the Republican National Convention in Cleveland, Ohio got more than they expected on Wednesday after an attempted flag burning went awry.  The flag burner accidentally set himself on fire during the incident, and in his attempts to keep intervening police from extinguishing the flames, inadvertently set two other protesters alight as well.  In video of the incident, one law enforcement officer on the scene can be heard saying “You’re on fire, stupid.”

Police Chief Calvin Williams said a protester attempted to set the flag afire — a legal activity as long as it is not used to incite a crowd — and the flames jumped to the protester’s pant legs and then spread to others. As officers attempted to extinguish the flames, the scrum became more aggressive, and two officers were assaulted, Williams said.

The protesters were chanting slogans like “America was never great” and “blue lives murder” when the lighters came out.  The incident apparently became violent (and fiery) after one protester tried to light the flag and was arrested, and another attempt to burn the flag was thwarted by a bystander who poured water on the flag.  One of those arrested in this incident was reportedly Gregory “Joey” Johnson, who is (in)famous as being the subject of a Supreme Court ruling that legalized flag burning as a form of free speech.  For his part, Mr. Johnson denies he set himself or anyone else on fire, accidentally or otherwise.

Video of the incident, however, appears to tell a different story:

Fortunately no law enforcement officers were seriously injured in the incident, and protesters received a bit of karmic justice (as well as some time in jail) for trying to burn the flag.