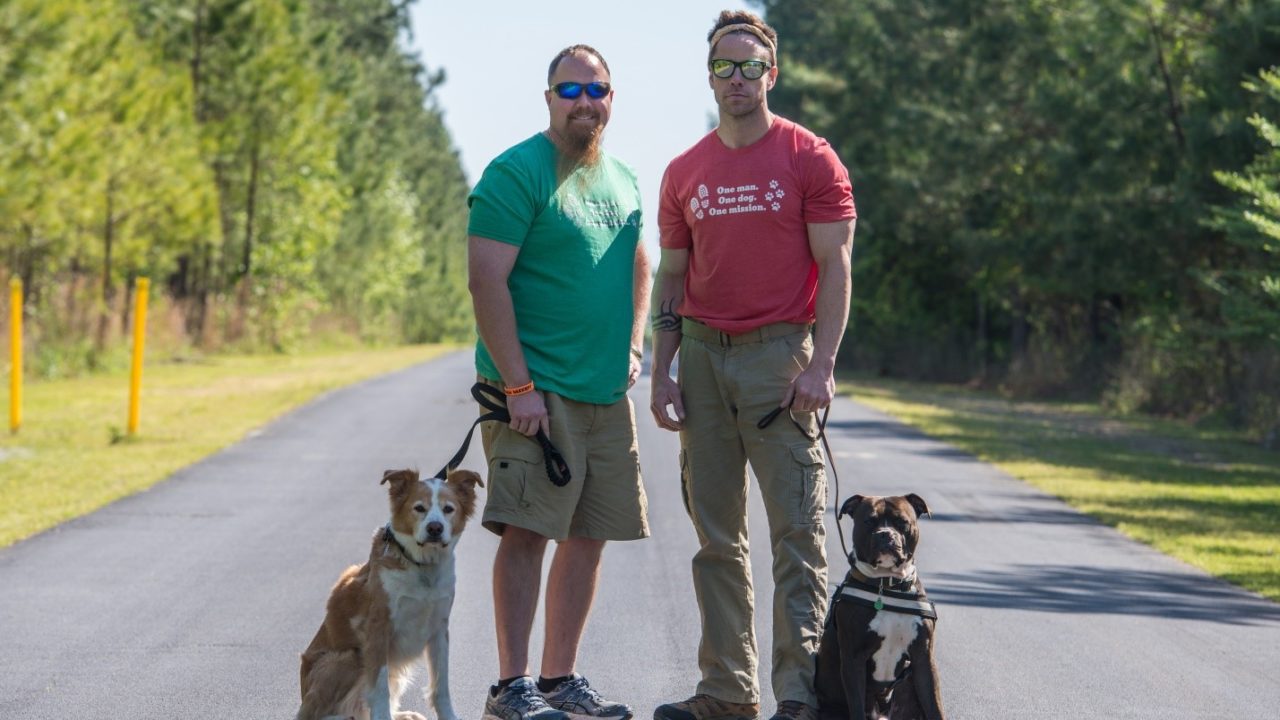 “If there are no dogs in Heaven, then when I die I want to go where they went…”  – Will Rogers

Dan Spangler was a Marine serving in Iraq in 2003 when he suffered a career ending injury.  He left a Marine and returned a former Marine, his life turned upside down.  In the stories, the hero bites his lip and rolls up his sleeves ready to take on the next challenge – except this was real life with real people and real issues. 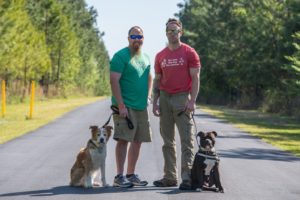 Dan understandably had a hard time dealing with the injury and making the transition back to civilian life.   During his hard time, he adopted a Norwegian Duck Toller (a golden retriever like breed) named Spanky.  Dan may have lost a job but he immediately gained a battle buddy who was his anchor and kept him grounded.  Dan’s life eventually did take a turn for the better and Spanky was the key part of helping him get to a better place.

Dan’s story is not a rare one.  There’s been serious science done on the therapeutic effect of Dogs as companions, a quick google search will reveal many.  But the answer I believe is very simple.  Dogs are pure empathy.  I have a wife and two children who I love very much and love me back – but their love is conditional because they are beings of higher consciousness.  A dog plays by a different set of rules.  You are the center of their universe and they gleefully take you as you are.  It is a pure love unfettered by any other consideration which no human could possibly match.  For a person going through a crisis like Dan did in 2003, that type of love is compelling.  It soothes the aches and if you are worth a damn as a human being, you return it.

It gives a person a reason to live.

But what happens when you take that love away from a veteran in crisis?  Some veterans get to find out the hard way.  Pets cost money and money is something which veterans or service members going through a rough spot often don’t have.  Dan related to me stories of veterans having to forgo basic shots and pet care for their dogs in order to keep a roof over their heads.  Wives had to send the family dog to a shelter in order to feed their kids while their husbands were deployed.  Veterans and their families have had to make hard calls and all too often, the dog loses.

Some veterans are able to carry on but some are not – the loss of the dog can be the chain of dominos which eventually results in a veteran losing hope and killing themselves.

Sometimes it is the final domino.

Dan Spangler is in a position to understand this dynamic better than most.  He ended up establishing his own a business, ‘A Dog’s Dream’, a pet resort and boutique in New Bern, North Carolina.  Dan’s passion centered on taking care of animals and finding foster animals forever homes.  But Dan kept his ties with the local Marine community in Camp Lejuene and Cherry Point and was able to see the effects of crisis on both veterans and their pets.  In my conversation with Dan, he struck me as a man of deep empathy and the tragic tales of warriors being separated from their pets deeply affected him.

Last year, Dan got to meet Marty Skovlund Jr. and Leo Jenkins, two prominent veteran activists.  Dan was inspired by ‘Nomadic Veterans’, a cross country road trip which Marty and Leo embarked upon in order to raise awareness and money for veteran transition issues.  Dan struck up a friendship with Marty and indicated his interest in a similar journey in order to raise awareness and money for keeping veterans and their pets together.  Marty was very supportive and even linked him up with a pair of companions for his journey, former Ranger Joe Trainor and his pit-bull, C.T. (‘Crunch-Time’).

Dan, Joe, and their dogs embarked on their month long odyssey on 26 April and returned on 25 May, having completed an epic 6,000 mile cross country journey.  The journey was to drum up support for ‘Operation Keep Your Spanky’, a new effort to specifically support veterans and their pets that are in need.

Their journey was tremendously successful and much heralded with major media outlets picking up the story.  Tens of thousands of dollars were raised for the Operation Keep Your Spanky.  But more important was the support of the veteran’s community across the country and the stories people shared.  In Midland, Texas, Dan tells of a woman who needed money to keep the family dog while her husband was deployed and asked if the program was available yet.  It was stories like these that reaffirmed Dan’s mission.

Dan’s cross country road trip is over but Dan’s mission to help veterans and their pets clearly is not.  The way Dan figures, there are 22 veteran suicides a day in this country and over 2.4 million animals put down in shelters country-wide.  That is 2.4 million potential solutions to save lives and help veterans through their trials and tribulations.

Dan established a charity in 2010, ‘Dreamer’s Foundation’, a pet rescue effort helping pets and their families and ‘Operation Keep Your Spanky’ will be a continuing effort in this foundation.  Dan continues to assist the local Marine community in North Carolina through his business and is looking to do more.  He has some great ideas in the works – I was particularly impressed with his idea about ‘Pet Pantries’, a specialized effort to assist distressed families with feeding pets.  It is clear that ‘Keep Your Spanky’ is the beginning of Dan’s mission – not the end.

There was one final component to Dan’s story.  Spanky is twelve years old and while ‘Keep Your Spanky’ was a platform to raise awareness for a greater issue – it was also a personal journey for Dan and his companion.  Spanky had done so much for Dan and this journey was one last epic voyage for a man and the dog that saved his life – an extended thank you for everything Spanky had done for him.  Dan spoke emotionally of a moment near the Hoover Dam with his dog, a moment of sublime connection which brought him to tears.  In the end, I can’t help but to believe that all of this – the journey, the Foundation, the money raised – is the most satisfying tribute of a man’s loyalty and love to his best friend.