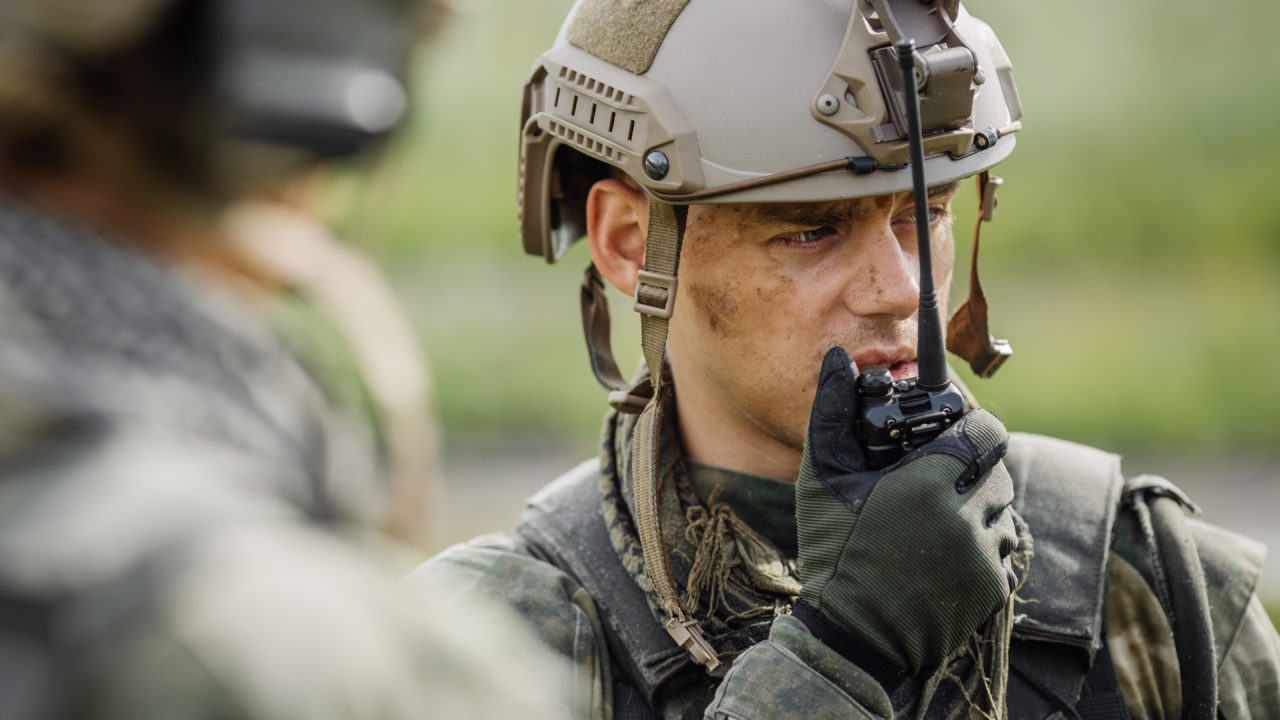 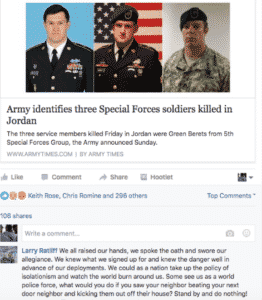 What to do when this pops up in your comments?

Empathize with the sentiment and let it slide?

Think about your brothers that just died and wonder:

Think about your kids eligible for service in a few years.

Would that be an acceptable argument if he or she was killed in the same situation?

We need to have this discussion as a community because this argument is literally killing us.

What I Raised My Hand For:

I, Matthew Griffin, do solemnly swear (or affirm) that I will support and defend the Constitution of the United States against all enemies, foreign and domestic; that I will bear true faith and allegiance to the same; and that I will obey the orders of the President of the United States and the orders of the officers appointed over me, according to regulations and the Uniform Code of Military Justice. So help me God.” (Title 10, US Code; Act of 5 May 1960 replacing the wording first adopted in 1789, with amendment effective 5 October 1962).

This is NOT What I Raised My Hand For:

Being sent to an endless series of unconstitutional wars, with rules of engagement that provide advantage to the enemy, and being forced to execute a plan that only results in the cycle repeating itself.

To return home to a country that doesn’t care about the wars we’re fighting in, finding cities plagued with murder rates higher than the death rates of the conflict zone we just left, and leadership that washes their hands of responsibility by pointing to the other side.

Being held accountable to the laws that our leadership is above.

Watching the world burn with my brothers and sisters being thrown in the flame. 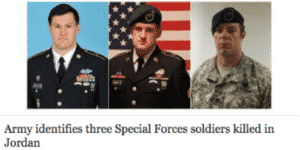 What the Constitution says: The War Powers Resolution (also known as the War Powers Resolution of 1973 or the War Powers Act) (50 U.S.C. 1541–1548)[1] is a federal law intended to check the president‘s power to commit the United States to an armed conflict without the consent of the U.S. Congress. The Resolution was adopted in the form of a United States Congress joint resolution. It provides that the U.S. President can send U.S. Armed Forces into action abroad only by declaration of war by Congress, “statutory authorization,” or in case of “a national emergency created by attack upon the United States, its territories or possessions, or its armed forces.”

Read this part again: in case of “a national emergency created by attack upon the United States, its territories or possessions, or its armed forces.”

Thanks to the GWOT, our government has the power to take our tax dollars (see our video on the how much money you’re spending here), send our service members into harms way WITHOUT CONGRESSIONAL APPROVAL, force them to execute a ridiculously poor plan, and not take care of veterans properly when they come home.

You see the irony in this, right?

In Case You Were Wondering:

I don’t think that any of us signed up for the debacle that started in 2001 and should have ended in 2003. But once we were in it, we were committed to fulfilling our duties to the best of our ability.  For the ones of us that made it out, it’s our job to address the issue,  stand up for our service members,  and hold our lawmakers accountable.

If they got re-elected, tell them to get their act straight.

If they’re newly elected, let them know your priorities.

End this cycle and make the Oath meaningful again. 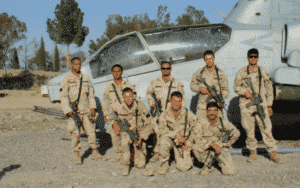 This first appeared in The Havok Journal on November 3, 2018. It was originally published by Combat Flip Flops and republished with permission.