HomeCultureMilitaryYou Are What You Eat 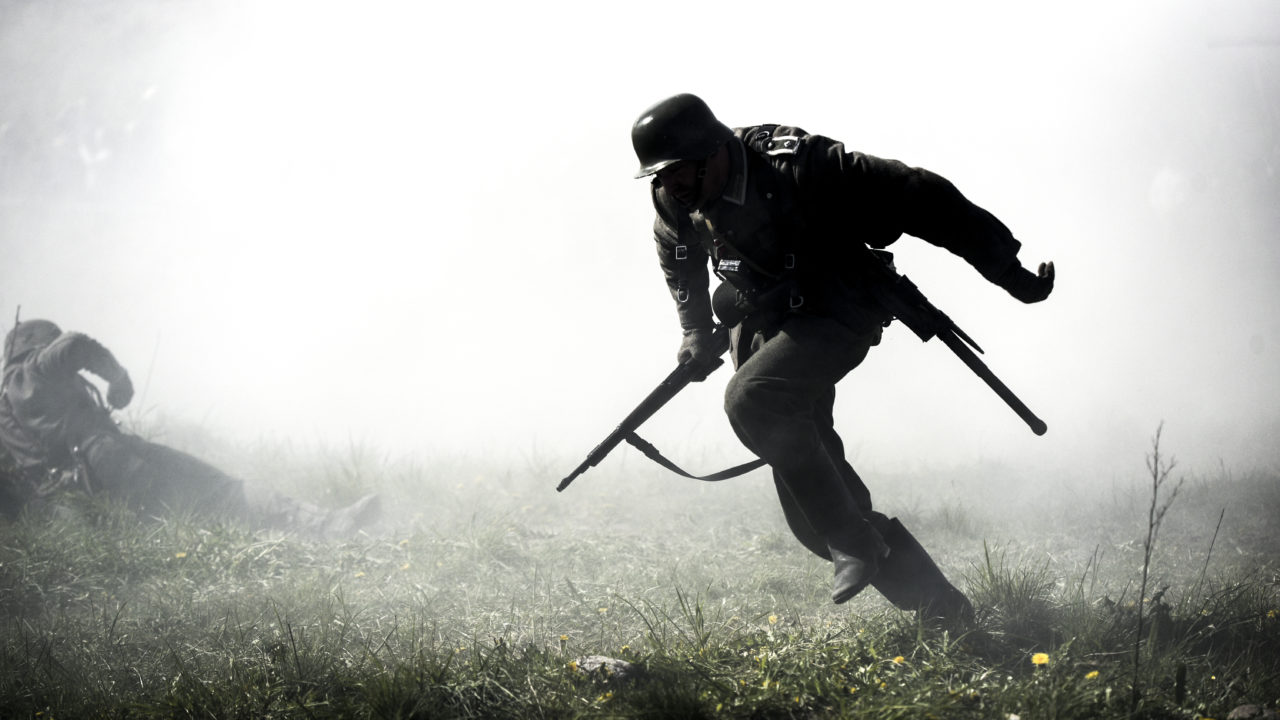 Maybe some of you remember registering for the draft agonizing if you were a conscientious objector or not. You were reminded that you don’t get to pick and choose your wars. I’m Jewish. Would I have fought against Hitler? Damn right! And that was almost fifty years before I served 20 years on my local draft board. We played games when I was a kid, lobbing junk into garbage cans crying “Bombs over Germany.” That stuff sticks around for a long time. I didn’t fight but wanted somehow to throw my own bombs back then and take revenge.

I had an idea. Maybe you’ve heard it before – you are what you eat. What if the ashes of the Jews cremated in the Concentration Camps along with their DNA ended up in German soil and from there worked its way up the food chain and was absorbed in the bloodstreams of all the bad guys?

The Jewish DNA would make Germans Jewish from the inside out. A Nazi would have a hard time living with that – a neat revenge.

I started writing about Wilhelm Neimann, a German soldier, who after WWII tried to pick up his life from where was before being interrupted by Hitler and his madness. I soon realized that he was suffering from PTSD (most likely back then it would have been called shell shock). Fittingly he had a student that advanced the theory about the DNA I noted above, claiming that the Jewish DNA was already in his father’s sperm and mother’s egg when he was conceived. As for other Germans, aren’t all our cells replaced every seven years? So if you thought you had problems.

As I said, I’m Jewish and thought I’d be able to take revenge when writing about this German soldier whom I naturally despised. But as the story unfolded, I learned about Wilhelm. He was a young man whose dreams were destroyed, in physical pain, and worried that he had done something truly horrible that he could no longer remember. Little by little he won my sympathy. His internal battles were real and I could identify with them. He suffered and I suffered with him; he learned and I learned with him. And when he cried so did I.

That was then and this is now. However, his internal battles are not different from what soldiers have gone through ever since man started waging wars. I found that it doesn’t make any difference as to the flag under which you fight under. When the battle is over, another more pressing battle begins as soldiers strive to recover from all the wounds inflicted by the conflict – the ones that are visible and the more serious ones that remain inside.

The novel permitted me to explore these issues. A review from a local independent press is below.

We are all keenly familiar with timeless stories of decorated soldiers who returned from World War II, and many of us likely have family members who fought in these historic battles. We don’t often think from the perspective of returning German soldiers, however.

In Kenneth Kapp’s novel The Slow and Painful Awakening of Herr Wilhelm Neimann, we follow the protagonist as he returns from the Eastern Front in 1944 and struggles to reintegrate into a small village in southwestern Germany. As he battles his old wounds and tortured buried memories, he also works as a teacher where he encounters students who believe that the local crematoria is infecting the villagers with the genes of perished Jews. Wilhelm fights valiantly against his inner demons, guilt-riddled conscious, and painful past at the same time that he yearns for acceptance by his new community. The Slow and Painful Awakening of Herr Wilhelm Neimann is a compelling tragedy told with historical accuracy through the eyes of honest characters.

I hope this gives you something to think about. Whether you read the novel or not, it’s important to remember our common humanity and that everyone struggles with their past. We must learn to live in the present, sometimes it’s just a breath at a time. Keep in mind: A smile and an act of kindness are steps on the way to becoming whole.

TAKEAWAY: Internal wounds are real and their healing is not easy. It takes a brave person to confront their demons. It’s easier when you’re on a team – and our team is TEAM HUMANITY! We’re all in this with you.
Spoiler: there’s no viable DNA in ashes and Germans have not become Jewish from the inside out.

P.S. You deserve a healthy diet, exercise, and fresh air; after all, we are what we eat!

This first appeared in The Havok Journal on March 2, 2021.