HomeCultureMilitaryWhy Gallows Humor is Essential in the Military 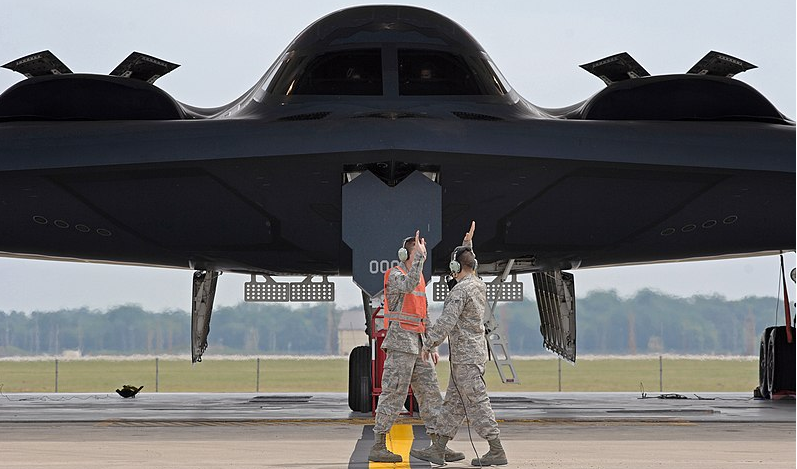 For the most part, the huddled masses know nothing of the concept of gallows humor, and yet for many in the military, it’s just a part of who their normal daily behavior. Most of us think little of it, that is until an outsider gets ahold of what one of us has said or a meme we’ve posted. I was reminded of this with the recent accident aboard the Bonhomme Richard in San Diego. Even while the fires were burning, the jokes were flying and the memes were being posted. Outsiders invariably get accepted into closed groups but are quickly exposed when they react in abject horror to the insensitive and heartless nature of the comments.

Of course, when they react with righteous indignation they are not met with repentance or sympathy, but instead, they are treated as a failed act at Amateur Night at the Apollo. The outsider is jeered away and unceremoniously booted off the page by Hells Angel’s bouncers, with not even the offer of a tissue for their tears.

In the Air Force, the biggest offenders are those in aircraft maintenance, and the Crew Chiefs are the worst. The limits for what they will say or do are very fuzzy. For sure they offend most of the rest of the Air Force and maintenance commanders live in fear that the animals will do or say something to trash their careers. But I digress.

The term gallows humor, or more commonly referred to as “black humor” was first coined by the surrealist theorist Andre Breton in 1935 while interpreting the writings of Jonathan Swift. Now before anyone takes offense at the term “black humor” please take a minute to look it up before you crucify me in the court of social media.

Sigmund Freud said, “The ego refuses to be distressed by the provocations of reality, to let itself be compelled to suffer. It insists that it cannot be affected by the traumas of the external world; it shows that such traumas are no more than occasions for it to gain pleasure.”

I won’t go into any further explanation because you already know what gallows humor is or you don’t. But I will note that it’s been around since the first caveman saw another caveman get stepped on by a dinosaur.

Of course, I’m sure many of you are asking what stress of death Air Force people have, and I’m sure not going to equate it to being in contact as an Infantryman. But just as an example, if you step one foot too close to a running jet engine, in just a millisecond, and with no warning, it will suck you in and grind you into a big pile of ground beef. You can’t stop it or hold onto something.

I’ve had students and friends get killed and maimed by jets. I saw a guy get his foot crushed and another get his head crushed. I could write a book about all those who have been killed or maimed by aircraft. There is ever-present danger around aircraft, even when they aren’t running, and that becomes the motivator for the gallows humor.

There are other vocations besides the military with the same sense of humor. Medical, firefighters, police, and mortuary just to name a few and the best advice I can give to people who are outside of these groups is to just stay outside. You can thank them for their service and appreciate what they do, but if you step inside you are liable to be shocked and become disillusioned.

I will however close on this positive note for all you socially unacceptable Cretans.

A 2017 study published in the journal “Cognitive Processing” concludes that people who appreciate dark humor “may have higher IQs, show lower aggression, and resist negative feelings more effectively than people who turn their noses up at it.”

The current modus operandi of the day seems to state that everyone should be nicey-nicey, sensitive to others’ feelings and sensibilities, and never say anything that might offend. And for sure this way of thinking and behavior had been cultivated in the military for at least a decade or more. But if dark humor is a healthy way of dealing with severe stress, are we doing our troops a disservice by taking away a coping mechanism?

Sure, it’s offensive to Nonners, POGs, and the civilian population at large. But I don’t care. They just need to stay on their side of the fence and play with their My Little Pony collection. I’ll launch jets to turn bad guys into hamburger helper and they can complain about the jet noise frizzing the purple hair on their favorite pony.

p.s. We still get upset when people get hurt and killed.

Dave Chamberlain holds a Master of Aeronautical Science in Aviation Management from Embry-Riddle Aeronautical University and is currently a senior maintenance training manager for Republic Airways. He is also a retired CMSgt, having served 4 years on active duty in the USAF and another 34 years in the Air National Guard. Dave has held a wide variety of technical, instructor, consultant and leadership positions in his nearly 40 years of civilian and military aviation experience.