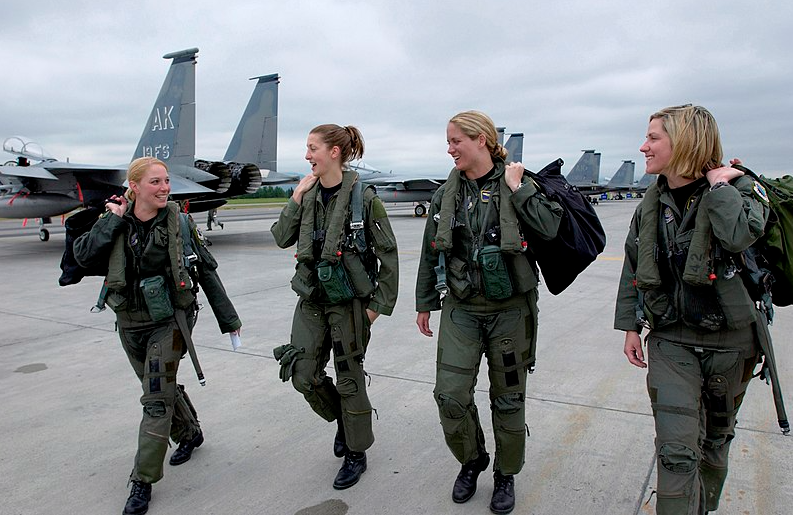 by an anonymous USAF Veteran

Military camaraderie and team-building methods make for an interesting study, one which most non-military people often have a hard time understanding. It’s also an area that is rapidly being destroyed by “wokeism” and other cultural forces in the United States.

The story I’m going to tell will resonate with many who have served in the military in times past and they will “get it.” Others will read it and be triggered and incensed for the blatant sexual harassment they see in the event. I’m not even going to try to defend it because it wasn’t sexual harassment, it was friendly group initiation. But no matter the evidence provided to the contrary there are those who would call for a Courts Martial of the “antagonists” of the story. Others will wave the BS flag and say it’s all a fabrication. Whatever, right?

Once upon a time, there was an Air Force fighter unit that went on a TDY. A brand new female aircraft maintenance officer was assigned during this trip, and she quickly became very popular with the aircraft mechanics. She did everything right. She had a humble spirit. She asked questions and listened intently. She pitched in with jobs, wanted to learn the aircraft and what the mechanics did, and she took their advice to heart. She was a sponge.

But the mechanics also noticed that she seemed unsure of herself and had been overheard expressing concerns that she wasn’t fitting in and being accepted as part of the group. Yet nothing could have been further from the truth. So, two mechanics decided to just let her know that she was part of the team.

They went to the local K-Mart and purchased a few items. A greeting card, wrapping paper, a bow, some tiny plastic toy airplanes with propellers, two different colors of gray spray paint, and one final item that they made an educated guess on for the correct size. The gift was assembled that afternoon and placed on the dash of her car.

The greeting card read, “Dear Lt, we just wanted you to know that we do consider you an important part of our team. You are doing a great job and are a good fit with us motley animals. We hope this gift is a good “fit” for you and hope it’s taken in the spirit that it’s offered. V/r – your Crew Chiefs.”

The next morning began with a meeting with all the mechanics and the maintenance personnel. When it came time for the Lt to speak, she went through her part of the briefing and then said she had one final thing to note.

“I just want to mention a little gift and card that I received from some of you yesterday. It was very touching—thank you for the kind words. I just want to let you know that I now feel like I fit in with you because of your gift and note. And yes, it fits perfectly. In fact, I’m wearing it now and will treasure it always.”

Most of the people in the room had confused looks on their faces because they had no idea what she was talking about, but then again, people were used to officers saying things that didn’t make sense. But two of the mechanics knew.

So what was the gift?

It was a lacy white bra that had been painted in the camouflage colors of the jets, with plastic propellers attached to the bra tips using cotter pins.