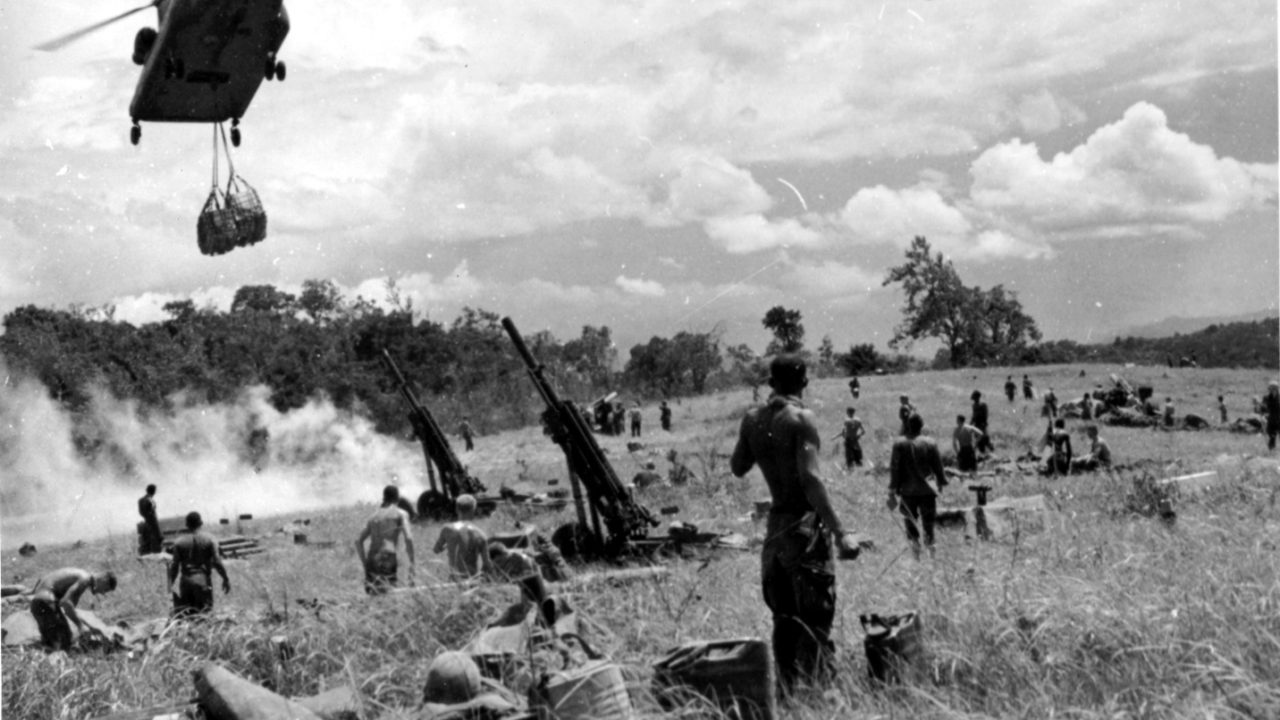 The Vietnam War: A Review
by Kevin Wilson

“The Vietnam War was a tragedy, immeasurable and irredeemable. But meaning can be found in the individual stories of those who lived through it, stories of courage and comradeship and perseverance, of understanding and forgiveness, and ultimately, reconciliation.”

In the closing moment of Ken Burns and Lynn Novick’s epic 10 part documentary on the Vietnam war, this is the quote that stood out the most to me. I knew going into this thing that I was in for an experience, but I was caught off guard by just how powerful the series really is.

Seeking to both document the events before, during, and after America’s involvement in Vietnam, as well as to bring some measure of closure, the team behind this documentary had a massive task in front of them. I’m happy to report that they largely succeeded.

The series starts off nearly a century before, with the initial French occupation and subjugation, and continues all the way up until present day. The majority of its focus, however, is on the war itself; from the initial involvement of American military advisors to the withdrawal of the last squad of Marines from the Embassy in Saigon, the documentary makes use of photographs, news footage, and interviews with soldiers and Marines on both sides of the conflict to tell the story of a bloody and brutal war that cost far too many lives on both sides.

Before I sat down and started watching, I thought I had a fairly good idea of what happened. The whole subject is usually glossed over in history class, but I made a point to do some research on my own at various points. As it turns out, I had barely scratched the surface.

It goes without saying that there’s a lot of ground to cover, and even in ten episodes that stretch over 18 hours, there still isn’t enough time to cover all of it. Nonetheless, the team behind The Vietnam War does an admirable job of covering important events, while giving context through firsthand accounts of the people there. The show was rigorously fact checked by teams of historians from both sides of the conflict, so one can safely assume that it’s as accurate as can be hoped.

It’s worth noting that this is not something you’ll want to show to children. Even verbal accounts of the war tend to be upsetting, but photographs and footage taken during the fighting are unrelentingly graphic. You will see dead bodies, and a few instances of people being killed. You will see wounded soldiers and the ruins of cities. There’s even an instance or two of nudity. While this all effectively portrays just how hellish the war was, it’s not for the faint of heart.

The Vietnam War also covers the social unrest of the era, both in Vietnam itself, and in the United States. It’s disconcerting to hear recordings of presidents and their advisers conspiring to mislead the American people, and it’s really hard not to be angry that so many died just because these men didn’t want to lose face. I gave up trying about three episodes in. It’s clear after watching that the war in Vietnam was, at least in part, the result of leaders on both sides of the conflicts putting their egos over the lives of the soldiers who would do the fighting and dying.

That said, outside of certain atrocities on both sides, which are presented as unflinchingly as anything else, the documentary takes great care not to place the blame on the men and women fighting and dying. Most of them were either fighting for a cause they believed in, or were unwilling draftees. If I had to make a complaint about The Vietnam War, however, it’s that in its care to avoid placing blame on the little people, it creates sort of a false moral equivalency between war protestors and draft dodgers and the people who fought. For some, that will be a sticking point, but I don’t believe it diminished the overall impact.

The score also contributes greatly to the success of The Vietnam War. Trent Rezner and Atticus Ross of Nine Inch Nails fame have made a name for themselves in writing brooding, atmospheric scores for films such as The Social Network and The Girl With the Dragon Tattoo, and they, along with collaboration from Yo-Yo Ma and The Silk Road Orchestra, absolutely knock it out of the park. It goes effortlessly from uneasy and mournful to tense industrial riffs, while also making effective use of contemporary songs from the era.

Overall, The Vietnam War succeeds in painting a picture of the conflict from all sides. It doesn’t flinch away from the horrors of war, but it strives to tell a human story amidst all the horror. In the midst of all the controversy surrounding the war and the wounds that still very much affect our modern society, that’s possibly the best tribute it could pay to the men and women who laid down their lives.

This first appeared in The Havok Journal October 7, 2018.