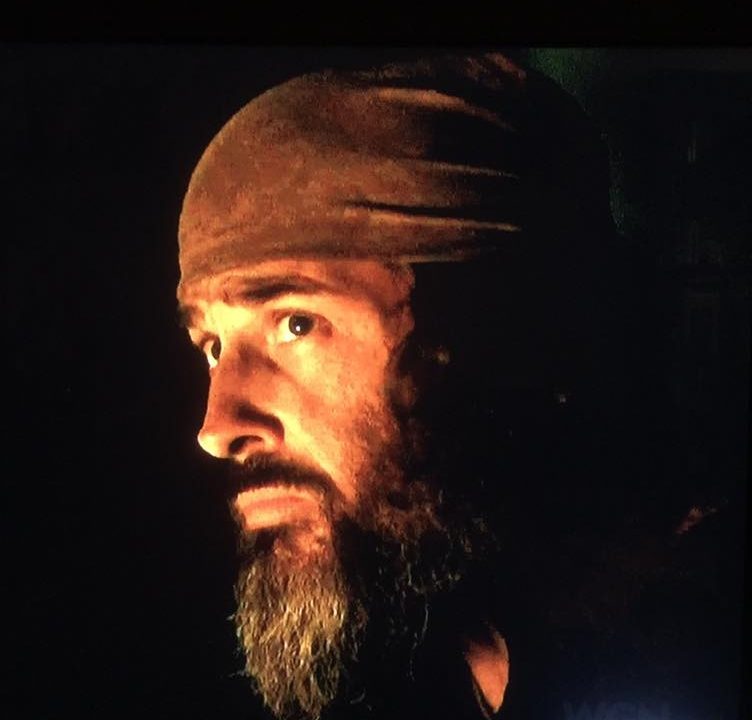 Have you been out of the military for more than a few years? Do you feel “incomplete” or as if you are just going through the motions of life without any gratification? If you answered yes, keep reading.

Those that know me realize I served my country in numerous ways, from the military to federal law enforcement to becoming a contractor. They know I have multiple degrees of higher learning, have written several books, worked in Hollywood, co-stared in a major television show for an entire season, and have even directed my own movie.

Some folks who know me believe I am something I am not. They see the things I have accomplished and are quick to make an opinion/assumption–an often misled opinion/assumption based off some things I have successfully done in my life. What few realize is deep down inside, I was burned out and feeling quite empty and bored inside. I sat for weeks, if not months, wondering “what is next?” I remember a conversation with several friends and family members that went something like this:

I served my county in and out of uniform. I earned two Associates, a Bachelors, a Masters, and most of my PhD. I have written several books. I have been in major television shows. People have  seen and heard me on the news. I have four amazingly beautiful children and a hot wife. My home is something many would die to have. What more?

What more is there? What is it that I failed to do once I set my sights on it? I truly cannot think of anything. Literally, I did everything I ever put a goal out to do.

I am not suicidal however, if I died tomorrow, I have absolutely zero regrets. I climbed the mountain of life and reached its peak. Now, I am simply going down the other end of the mountain waiting for the finish line.

Some folks would read the aforementioned conversation and think “wow, that guy is set” while others would read it and say something in the vein of “that guy needs help.” I was that guy who saw myself in the mirror one morning and said, “Kerry, you need help.” No one should run out of goals or aspirations. But truthfully, I had.

Let me take you to last summer.

Last spring, I hit the lottery in Hollywood. I was asked by a friend of mine who was Stunt Coordinating the TV show Outsiders to come in and do an audition as an actor willing to do his own stunts. Of course, I took up the invitation. 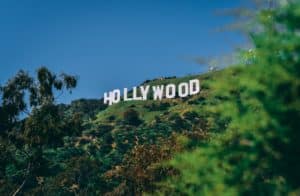 I walked into the room where the director, John Amiel (yes, the same John Amiel who directed Entrapment with Catherine Zeta Jones and Sean Connery)  was seated. Prior to going into the room, I was told to “go into character” as one of the “Outsiders.” My audition lasted about fifteen minutes and needless to say, that day, I learned I got the role. This means, I got the role that would lead me away from my wife and kids for the good part of a full six months which included most of the summer–the time where my family is off from work and school.

I skipped out on the summer with an incredibly young family. And for veterans with a spouse and some young ones, you know what deployments are like. This was my deployment away from home. The money was great. The opportunity was even better. But, to miss out on some family milestones for six months emotionally drained me to the point where I told myself I wasn’t going to do it again. If I wasn’t going to do it again, and the TV and film world is my new profession, then what do I do?

That takes me to this summer.

This summer, I wanted to spend as much quality time with my wife and kids as humanly possible. I wanted to take them swimming, I wanted to go to the fairs, the parks, fishing, etc. But what I really wanted was to simply embrace them in my own home and give them the love this daddy knew they deserved. Of course, one cannot simply stop everything. You need to make money and if you aren’t making money for your family, you better be doing some serious long term investing with what little you have.

I turned down four gigs for four very different television shows. My agent almost killed me when I told her I was not going to do anymore auditions until after Labor Day when the kids all go back to school. That is money out of her pocket should a producer want to pick me up. Yes, I felt bad for my agent but at the same time, my agent isn’t my family and my agent has a family of her own and was very understanding. But when she asked what I was going to do all summer, I told her.

“I am going on a vision quest.”

My vision quest consisted of waking up every morning and head into my old 1890 barn. I would wake up, look around, and see this massively awesome building in complete disarray needing much tender loving care. I would stand there with my cup of coffee and think–think what I could do with such a beautiful piece of history.

I am not a farmer so putting livestock in it was out of the question. But what I am is a “go-getter.” And more than anything, I wanted to go and get this barn in shape for a major annual party we hold every year on Labor Day. Normally, we hold our annual Labor Day bash in our backyard but due to the trend of inclement weather, we knew the odds were that we would need to hold the party indoors. What better place to hold such an even then in an old 1890 barn?

I began clearing out all the old hay. Then, the floors lifted due to the weight that was no longer there. So I put in three new support beams. My wife came into the barn and I told here I needed to put in new floors due to unforeseen damage. But after a long conversation, I realized we didn’t have an open floor plan due to old barns and the way farmers blocked/sectioned them off. So, I needed to cut some small walls and raise some beams.

Once I did that, 150 planks f two inch rough cut was laid, a bar created out of an old section, a platform for a band or DJ, and full electric installed. I did everything on my own excluding the electricity. What I did was something I never imagined I could do on my own. Truthfully though, I didn’t do it all on my own. My buddy who owns a construction company came over a couple mornings and we discussed how he would do certain tasks. He gave me the direction, and I executed the mission.

My kids came and went, they played and helped here and there. My wife also partook in this adventure. It became a family project where on multiple days, we felt like we were biting off much more than we could chew. But what we realized was we were together making memories and developing an investment we never realized we could even invest in.

This past weekend, we held our labor Day bash. As we expected, the weather was going to be a hindrance. Luckily for us, we got everything we needed to be finished in the barn and held our shin dig  inside. We had more than 50 people come and partake in great food and drink. We had an exceptional band come and play. Kids were running around, people were dancing, and laughs were abound. What few in attendance realized was what I had done let alone why.

Everyone knew I was working on this barn. Everyone knows I still have a ton of work ahead of me which includes rebuilding the loft, putting a 12×40 foot deck in the back, and some windows inside. Yet, a handful knew my overall intent. I want to leave my family with something more than just a barn. I want to leave them with an option. I want to turn the barn into a wedding venue. Not just for weddings, but for reunions, micro conventions, etc. I want to allow people to have a place to be utilized in a quaint and peaceful setting that overlooks the pristine valleys of the Endless Mountains of Northeast Pennsylvania.

One day in the near future, maybe I will start my own microbrewery that I have constantly discussed in my own head. Better yet, maybe when my kids get older, we can start that brewery together. Lets get crazy and add food to the menu and create a full-fledged bar.

The options are endless.

Take your own vision quest and get the answers you deserve.

This article first appeared in The Havok Journal September 7, 2018.