HomeCultureMilitaryPride and Prejudice: A Veteran’s Reaction to the President’s Proposed Parade 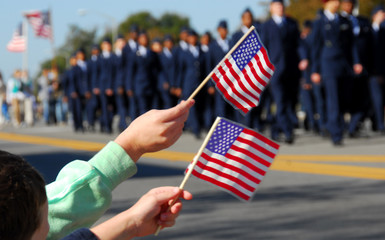 Pride and Prejudice: A Veteran’s Reaction to the President’s Proposed Parade
by Kevin Wilson

I’ve done a great many things in my military career. I’ve spent endless hours sitting in the back of a HUMVEE cursing at radios. I’ve watched the sunrise over the Red Sea from a guard tower. I’ve smoked more cigarettes than any normal person would in the their entire life, I’ve drank enough whiskey that my liver sneers at anything less than 100 proof, and I bade farewell to the cartilage in my knees.

You know what I’ve never done?

Marched in a freaking parade. 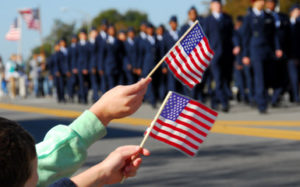 The very idea seems asinine. No matter which branch of the military you’re in, the one thing you’ll never have enough of is time. There simply aren’t enough hours in the day and days in the year to accomplish everything you need to get done, and if you somehow manage to get ahead of schedule, something will always bite you in the ass at the worst possible moment.

So when I first read that President Trump asked the Pentagon to come up with plans for a parade, I was understandably confused.

What’s the point? Why would we waste time and money marching troops through Washington DC? That’s something they do in places like Russia and North Korea, not the United States. Reportedly, President Trump got the idea from watching the French Bastille Day parade. Taking cues from the modern French is a terrible idea. Sure, we owe some of our military traditions to their assistance in the Revolution, but we also have them to thank for coming up with the most retarded piece of military headgear known to man: the beret.

I can think of about a million better things to do with my time, up to and including sticking my hand in a blender to see how many fingers get chopped off, than haul my ass up to DC to march for miles on end for no real reason.

I’m not alone in this assessment. The Military Times conducted an informal poll, and of the 51,000+ people that responded, 89% agreed that it was a bad idea. Politicians on both sides of the aisle of come out against the move. Democrats in Congress have introduced legislation that would prevent federal funds from being used for a parade.

And of course the media has been up in arms about this parade idea. Most of them aren’t even bothering with the appearance of fairness. With the exception of a couple of right wing outlets and Alex Jones, who claims liberals are planning to lay down in front of tanks, they’re all solidly against any sort of military parade.

Of course, we should probably take that with a grain of salt. President Trump could advocate giving puppies to orphans and they’d probably spin it as him being prejudiced against kittens. Of course they’re going to hate the proposed parade.

You know what? The more I write about it, the worse it gets. Hell, I’ve typed the word “parade” so many times already, it’s started to lose meaning. Say parade five times fast out loud and you’ll see what I mean.

But here’s the thing.

No one cares what I think about this parade. No one really cares what you think, either. The list of folks who get a vote on this is small indeed, and not a one of us are on it.

If President Trump says we’re doing a parade, screw it, we’re doing a parade. To hell with that “Not My President” claptrap. He’s the Commander in Chief, and if he gives a lawful order, that’s the end of it. There’s the off chance that Congress might get their bill passed, but I wouldn’t hold my breath if I were you.

It’s easy in the current political climate to get worked up over something like this, but let’s be real for a moment. For most of us, marching in a big parade through DC will not be the most retarded thing we’ll do in our military careers.

Hell, it won’t even make the top ten for me. It might crack the top 50. Compared to painting rocks or standing at attention in 120 degree heat in a wool beret for hours on end, a parade ain’t shit.

Besides, if we’re being honest, the chances that any one person reading this ends up marching are vanishingly slim. There are roughly 1.43 million servicemembers spread across all branches. At the very most, a couple thousand are likely to march. And that’s only if it happens in the first place. Nothing is set in stone right now, and all we really know for sure is the idea is being discussed. It might not even happen.

So maybe everyone, myself included, should just step back, take a deep breath, and count to ten. A parade is not the end of the world. If it happens, it happens, and no amount of griping on our part is going to change that. The best we can do is make peace with that and have a drink for the poor bastards who have to march.