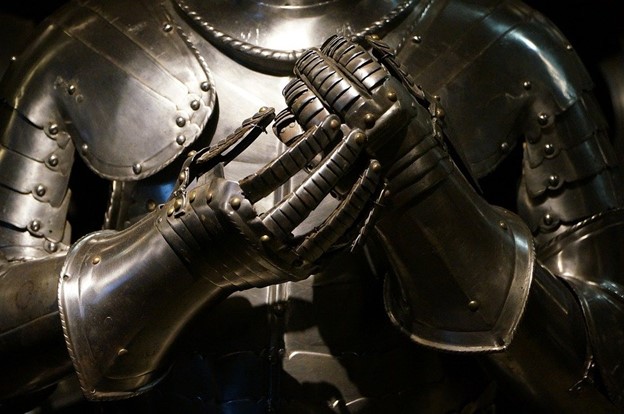 I loved being a soldier, more than most! It was what I was meant to do, the warrior spirit of my Iroquois ancestors courses through me. But I wasn’t always a warrior. I was a punk kid, living in middle-class blue-collar southern Ontario Canada.

My dad had the work ethic of three men. At 80 he still is a giant to me! I know that for the last 20 years he worked in that plant it was killing him. But he had a family to feed and a house to maintain so he dragged his ass to work every day and worked for his pay. This was the work ethic ingrained in me.

I didn’t want the dead-end job he hated. I wanted adventure, what was beyond the next hill. So I joined the Army and got to see what was beyond that hill. I got out of the rut that so many of my family had gotten into. I broke away.

I traveled all over Canada and touched all three coasts and traveled to all kinds of exotic third world crap holes, did super cool guy stuff that my friends back home would never experience. I was living large! Married an amazing woman and still was able to do all the cool guy stuff I wanted to with her full support.

It takes a special woman to be a military spouse. She is all of that and more! I missed the birth of my daughter because I was away on a course. My son was baptized while I was overseas. To say that she is an incredible military spouse is an understatement! She put up with it all, including my trade transfer from the infantry.

The Army helped my warrior path and I loved them for it and I bitched, complained, and moaned the whole way. But the Army was where I belonged. I loved the brotherhood, the structure, the warrior culture. The black and white of right and wrong. It was exactly what I needed. I have brothers and sisters across this great nation, people I would fight and die for. Men and women I would follow through the gates of hell without question. These are the people I surrounded myself with–leaders, true Alphas, people that got stuff done! I wanted to be like them and I strived every day to be like them.

I did multiple deployments, some nicer than others and some outright sucked. But I always loved what I was doing. My comfort zone was in my wrecker, hauling busted, broken down equipment all over the countryside. No, I was not a Special Forces guy. I was an infanteer and then trade transferred to MOSID 0129 Vehicle Technician and I was good at it. If you were stuck or broke down I was “the guy” you called. 88 Whiskey was my Call Sign. Guys who knew me, knew if I was rolling on their call, not only was I gonna recover them, I was another gun on the ground if needed.

During my last deployment, things changed. I still loved the Army and what I was doing but I got to see a bigger picture of the pettiness and empire-building that many toxic people in leadership positions brought to the mix. A-type people, I won’t mention names. But because one officer didn’t get along with another officer, I had to talk a good friend through a recovery process over the radio. It was the first time in my career that I felt I let down my guys. I was ready, willing, and able to go help them and was denied because of posturing by an A-type person, supposed to be a leader of men and women.

We lost 18 good men in the 7 months I was in Afghanistan, some of them I knew quite well and their loss still hurts, 12 years later.

Coming home was different. Yeah, I wanted to be home. But I missed the day-to-day of dodging IEDs, rockets, and RPGs. Life was simpler over there: eat, sleep and dodge. My wife will tell you I came back a different person after every deployment. I didn’t see it, but she did. I came home to another toxic leadership situation; a place where when troops got a posting message for there, they got out of the military instead of going there.

I soldiered on through a few more years and there were ups and downs. Good Alpha leaders came and went, as did A-Type ones. During this time I found my love of competitive shooting. I could live with the not-so-good bosses I had, as long as my troops were cared for, I was happy. I was meeting and training with other warriors that shared my passion for the Army and love of firearms. I was still in love with the Army.

I still loved being a soldier and now as a Sgt, more of a leader. I moved into training and found not only did I really like training the next generation of 0129s I was skilled at it and their results showed. I had a little hand in helping them be successful. Of the 16 troops I trained, 14 of them finished top 3 on their journeymen’s course, and the other two finished 4th and 5th respectively on their course. I was proud of them and their accomplishments.

I took pride in knowing my troops and their career goals, posting preferences, where they were from, their kid’s names, their spouse’s names, and in some cases their pet’s names. I was a leader of troops and I loved them all. I loved the Army and being a warrior.

My troops knew that if they got in trouble they could call the Sarge anytime 24/7 and I would be there for them. As their leader I told them that the harder they worked with me, the harder I would work for them. That was my mission, their success which would translate to the Army’s success with these new Alpha leaders.

From Tours to Taskings to Retirement

Remember, back when I said I was getting to see the big picture, well it reared its ugly head, a not-so-good “yes man,” who didn’t know his troops and didn’t look out for their welfare, point-blank told me I needed to be posted. You are in the Army you get posted.

His direct quote? “You need to renew your love of the Army and a posting is gonna help with that.”

The Hit of Reality

At that moment reality hit: I was a cog in a wheel, a number on a list. I held no delusions of grandeur that the Army couldn’t make it without me, but this cut deep. At that time, I had just short of 24 years of service to Queen and country. Went and did everything the Army asked of me from tours to tasking’s. My love for the Army needed renewing?

Did he not recognize me? Did he not know me? WTF? I love the Army, I love being an Army guy. WTF? Reality hit—it was time. Time to retire. Time to move on. All the love, pride, and hard work I put into leading my troops. That time was over.

Twenty-five years to the day, I retired from the Canadian Armed Forces. Not a day goes by that I don’t miss my troops. Some of them left the Army and did great things in the civilian world. Others were promoted and gone up the chain of command. I hope they all know how proud I am of them and the Alpha leaders they have become!

This first appeared in The Havok Journal on February 19, 2021.