HomeCultureMilitaryI Wanted the Adrenaline Rush… I Still Do 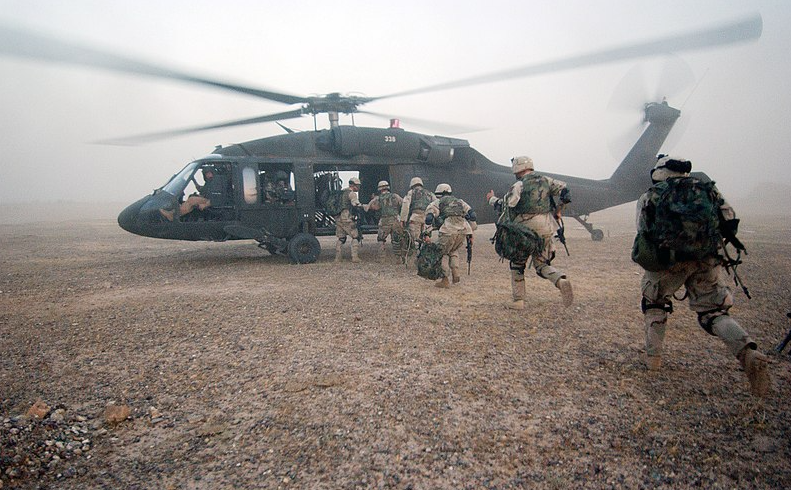 “A man always has two reasons for doing anything: a good reason and the real reason.” – J.P Morgan

My youngest son, Stefan, is a welder in the Iron Workers Union. He is currently an apprentice, although he expects to become a journeyman in the next few months. Stefan had a job interview with a construction outfit on Friday. From what he told me, the interview was rather informal. The union hall had sent Stefan to this company, and the interviewers wanted to know what they were getting.

1st Interviewer: “Do you have any DUIs?”

1st Interviewer: “Are you divorced?”

1st Interviewer: “Have you done any prison time?”

The interviewer looked at Stefan and asked, “So, how the fuck did you ever get into the Iron Workers?”

No response from Stefan.

1st Interviewer: “Are you mechanically inclined?”

2nd Interviewer, as he was perusing Stefan’s Facebook page: “Of course he’s mechanically inclined! He rides a chopper!”

1st Interviewer: “Okay. Good. Do you have any problem with heights?”

1st Interviewer: “Do you want to start tomorrow evening?”

Stefan opted to start on Monday.

Stefan has worked at a number of construction sites. He is usually high up on the lift, or he’s walking on steel beams 100 feet in the air. Stefan likes that. He enjoys the adrenaline rush. He doesn’t want to be on the ground tying up rebar all day long. He cannot tolerate boredom. Stefan is not risk-averse.

Actually, nobody in the Iron Workers is risk-averse. An individual who is overly concerned about their health and personal safety would never even consider joining the Iron Workers. The same sort of thing goes for people who join the military. They are the same breed as Stefan and his cohorts.

My oldest son, Hans, joined the Army in 2009. He knew when he joined that he would get deployed to Iraq or Afghanistan. After he signed up, Hans told me the good reasons for going into the Army: food and shelter, regular pay, and chance to go to college, etc. Later, much later, Hans told about the real reasons for enlisting. Most of those involved the adrenalin rush.

Hans wanted to prove himself. He wanted an adventure. He wanted to push himself as hard as he could. In Iraq, he did all those things, at some cost to himself. When he came back from Iraq, he took up skydiving and bought himself a crotch rocket. Hans is not risk averse.

I don’t think that anybody in the military is risk-averse. Like the Iron Workers, the military attracts a population that wants dangerous work. Doing risky things makes us feel alive. The things we do (or did) in the service (in my case, fly helicopters) straddle the line between totally cool and batshit crazy. It depends on your perspective.

I wanted the adrenaline rush. I still do.