HomeCultureMilitaryI Came Back… But Not Really 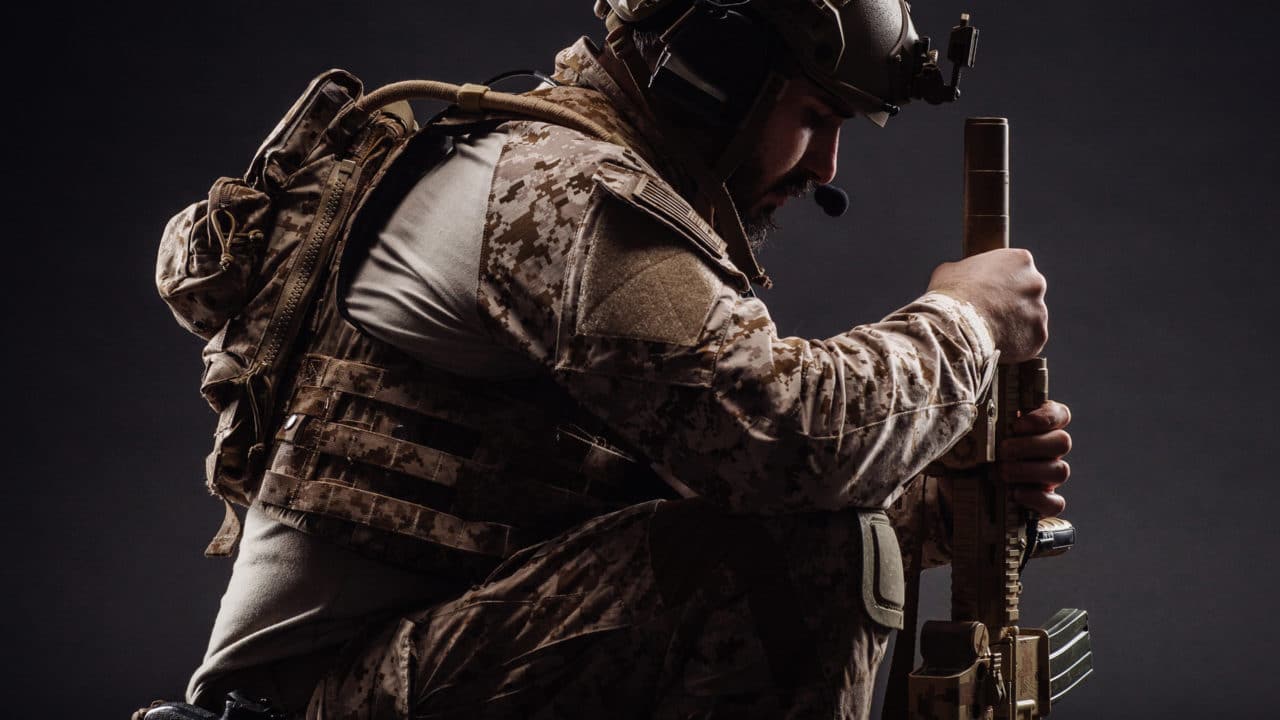 I Came Back… But Not Really
by Ayman Kafel

June is PTSD awareness month. There is a lot of craziness in the world right now. I thought I’d share mine. There are so many veterans who are suffering every day. Veterans across the country commit suicide every day. The Veterans Affairs (VA) has come a long way, but still has a lot of work to do. It truly is the invisible wound that no one sees. A lot of veterans do a good job hiding it. After all, we are “heroes”. Veterans have a hard time reaching out because of how many times the systems in place have failed us. Just look at how many stories there are of veterans wanting to die, whether it’s suicide by cop or other means. I’d like share with you a video I found.

This video was tough for me to watch. I felt the pain in both of them. One as a veteran who is also a cop and as a veteran. A few years ago I had to deal with a unstable veteran, on the verge of suicide. It didn’t amount to the video but it could have gotten that way. He was in my cruiser and I took him to the local psych hospital to be admitted. He was a Marine who saw his fair share of combat. His voice would break up here and there as he spilled his story to me. I had to keep strong for both of us because I saw the pain in his eyes. I’ve always hated seeing fellow veterans suffer the way they do. In the end, we only have each other.

The flight home from Iraq was uneventful. It was full of laughs and tired soldiers who just wanted to go home. We landed in Dublin, Ireland for a quick stop to refuel. The company exited the plane to stretch our legs and walk around the terminal. The bars were open, so understandably, the soldiers were eager to grab a pint or two. All I heard in the background was glass break and someone, I assume the bartender yells out, “Fucking Americans.” It made me chuckle a little. We got back on the flight and continued our trek home.

The plane landed at Fort Dix, New Jersey. The cheering was louder than the plane engines itself. We came to a stop and began making our way to our assigned barracks. I rested my head on my pillow in bed. I couldn’t sleep. It was the same for the other soldiers. It all came flooding back. It had only been a couple of months since I witnessed the last IED strike against one of our soldiers. SSG Kyle Wherly (RIP) was KIA during an operation on November 6, 2005. 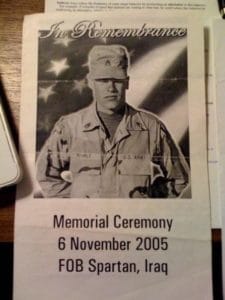 The next morning, we made our way to a briefing from a representative from Veterans Affairs. We learned that we were going to be on base for two weeks to re-acclimate to society. They pointed out that we were not the same. Everyone in the U.S. had moved on, while we were “stuck in time.” One of the representatives said that if any of us were having a tough time to let them know. Then we learned that we would have to stay on base even longer if we said we were having issues. I thought, “Wow, great incentive!! Go home or stay on base.” I went into the kiosk to talk to the VA rep and told him, “I’m good to go.” We walked out of the briefing and made our way back to our barracks. A loud “BOOM” went off, my heart rate skyrocketed. I scanned the direction of the sound and it was a tractor trailer bouncing over a speed bump. I took a quick deep breath and said to myself: “All clear.”

Two weeks went by and we made it back home. I didn’t tell my family I was coming home. I figured I’d surprise them and part of me didn’t know if they would even show up if they did know. I got a ride with one of my battle buddies and he dropped me off at my house. It was late in the evening. I knocked on the door and was greeted with excitement. My brothers and sisters ran up to me to hug me. Same with my parents. After things settled down. I grabbed my gear and headed to my old room. At my father’s house, he finished the basement. There was a full kitchen, full bathroom, living room, dining room and two bedrooms. I basically lived in my own place. I opened the door to my room and nothing had changed. Everything was still there. My Metallica posters, Pantera posters, Banners, etc. Everything looked the same. I showered up and got myself ready for bed. I laid down. I couldn’t sleep. Echoes of soldiers screaming rang in my head. Various sounds from Iraq stayed with me. I sat up, went to the living room, turned on the TV and sat on the couch. Before I knew it, it was morning.

About a couple of weeks went by, and it was more of the same. Hardly any sleep. Sitting in the living room. Watching TV, trying to make the time pass. I took melatonin, and that didn’t work. I had some messed up dreams that forced me awake. One night (my sister told me this because I don’t remember), my sister found me sitting up in my bed and staring at the wall in front of me. My sister got my attention and we sat on the couch and watched movies.

Another couple of weeks go by. I could feel this rage inside me that I’ve been trying to keep contained. It had been so difficult. My room, the walls were full of holes from the amount of times I had punched them. My anger then turned towards my family. My parents were useless and couldn’t figure out why I was so angry. Partly, maybe, one of my conversations with them went like this. “You know if you killed Muslims there it is bad for you.” That was actually said to me. That rage in me grew fiercely. The community called me all sorts of names. Civilian friends of mine were no longer friends. One of them said: “Man you’ve changed dude.” I wasn’t that wild college kid doing weekend benders. I was reserved. I didn’t want to go into bars, clubs, or anywhere that had a lot of people. I didn’t like talking to civilians because of their bitching of the most trivial crap. One of my friends said to me, “You look like you’ve been through Hell over there.” I realized I didn’t like any of those labels. It made whatever I was going through real.

I went back to the old job I had during college, as a receptionist at a doctor’s office. I sat behind a desk, taking phone calls and dealing with insurance companies. One day I just looked around and said to myself, “No, this is not me.” I ended up taking the police exam and eventually became a cop.

It took me a really long time to really face my demons. There are days I still struggle from memories that come back to me. Sometimes I think, “Holy fuck, it’s nearly 20 years ago and shit still feels like it was yesterday.” My VA therapist says that is very normal. Only recently I’ve really taken my therapy seriously. I thought I could only “medicate” my issues but clearly that is more destructive. These days, my meds remind me that I am not the same. My medications remind me that I never really came home. As I told my family once: “That kid you guys knew, he died out there. This is who you have now.”

So brothers and sisters out there. I write this with hope that you read it and realize you are not alone. Please always ask for help when needed. Talk to a fellow veteran whom you served with or a veteran who served during a time of combat. Call the VA crisis line. Never ever think that suicide is the answer because it isn’t. I know at times the “noise” gets too much. I’ve woken up saying to myself, “it’s too noisy.” I’ve woken up jumping out of my bed thinking a bomb went off or shots were fired. These things happen even now.

We only have each other. Let’s help one another like we did while at war.

The things I have seen as a cop, that’s whole different conversation.

Confidential Support Is a Call Away

If you’re a Veteran in crisis or concerned about one, there are caring, qualified VA responders standing by to help 24 hours a day, 7 days a week.

Call 1-800-273-8255 and Press 1 The Veterans Crisis Line is a free, anonymous, confidential resource that’s available to anyone, even if you’re not registered with VA or enrolled in VA health care.

A trained responder will answer your call. The responder will ask you a few questions, such as whether you or the Veteran or Service member you’re concerned about may be in immediate danger or at risk for suicide. You will decide what to share about yourself and what you want to talk about. Learn more.

The Veterans Crisis Line is also available by text or online chat: