HomeCultureMilitaryHad the Gun to My Head… It Didn’t Go ‘Boom’ 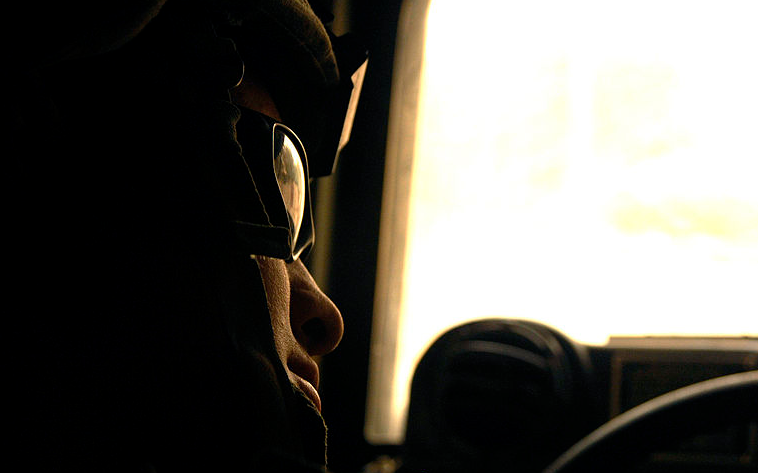 This first appeared in Frank’s blog on November 4, 2018, as “Hold the Dark.” It is republished here with the author’s permission.

Hans and I were at his home. The women were all gone shopping. They were out buying stuff for the next day’s baby shower. Hans and I had just taken a ride to Kurten to look at the beat-up, white Ford truck that he planned to eventually raise from the dead.

The white whale was sitting in the tall grass on the property of Gabi’s father. Hans’s plan, once he has some money, was to put a new transmission into the truck. First, he has to put the bell housing from the old tranny back into the Ford, just to see if the engine would turn over. Gabi’s daddy came out of his house to talk with us for a bit. Then Hans and I bought some groceries and beer, and we went back to Hans’ hose.

Once we got home, I started making quiche. It was kind of like baking a cheese pie. The quiche was to be a side dish for the baby shower. Hans planned to cook up some hamburgers for the party, but he and Gabi needed some other food to go along with the burgers. We talked as I worked in the kitchen. We talked about Weston, the son that would soon arrive. We talked about religion for a bit. I asked Hans if he intended to get Weston baptized at some point. Hans wasn’t sure about that. He and Gabi are both Christian, but Hans wasn’t sure if Gabi’s church did infant baptisms, or if they waited until the person was an adult.

Hans cracked open a can and started telling me about how he went to all sorts of religious services while he was in Army basic training. He went just to get away from the barracks and to score some goodies that the different denominations offered to young soldiers.

Hans told me, “I even visited with the Muslims for a while. They used to bring food from the local IHOP. Eventually, they stopped doing that, and I got tired of listening to their stuff. I spent a lot of time with the Protestants. They always had a ‘meet and greet’ sort of thing. That was kind of nice.”

Hans went on, “You know, after that, when things were bad, I pulled the trigger. I had the gun to my head. That shitty Russian round never fired. It didn’t go ‘boom’. It just went ‘click’. I was still alive. I knew then that I had a higher purpose here.”

I had the pies in the oven, and Hans and I settled down to watch a movie on Netflix. We settled on watching “Hold the Dark,” which is kind of a murder mystery set in Alaska. Early in the movie, there is a scene set in Iraq during the war. Hans watched it intently. I asked him if it was realistic.

There was a part where an American soldier fires up an Iraqi vehicle with a 50 cal. Then one of the other soldiers takes a selfie in front of the burning wreckage and bloody carnage. Hans laughed.

“Now that’s realistic. We did that all the time. But we never posted those pictures. Well, the idiots did, but they got in trouble for that.”

The movie showed American troops on patrol in the desert with their vehicles. Hans started to reminisce:

“One time we got fired up by some National Guard unit. Our own guys. They couldn’t identify vehicles for shit. We kept trying to call them, and we sent up flares. They wouldn’t answer their radio. Finally, I fired my 50 cal and sent tracer rounds thirty feet in front of their lead vehicle. That got their attention. They answered the radio then. Damn, I got in trouble for that shit. I almost lost rank because of that.”

In a later part of the Iraqi scene, a lone soldier walks through part of a war-torn town. He comes upon another American soldier who is in the process of raping an Iraqi woman. The lone soldier stabs the rapist repeatedly, and then he hands his bloody knife to the woman so that she can finish the job.

Hans signed and said, “I probably would have done the same thing, but I probably wouldn’t have used my own knife to do it. But we never walked alone in an Iraqi town. Only stupid guys did that. We always at least went in pairs, you know, ‘battle buddies’. Maybe there were 60% or even 90% of the people in a town that wanted you there. That meant there were still other people looking to kill you.”

We sat and watched the rest of the movie.