HomeCultureMilitaryCONUS Battle Drills: A Guide for Combat Veterans to Corporate Life, Parenthood, and Caging the Beast Inside (Excerpt) 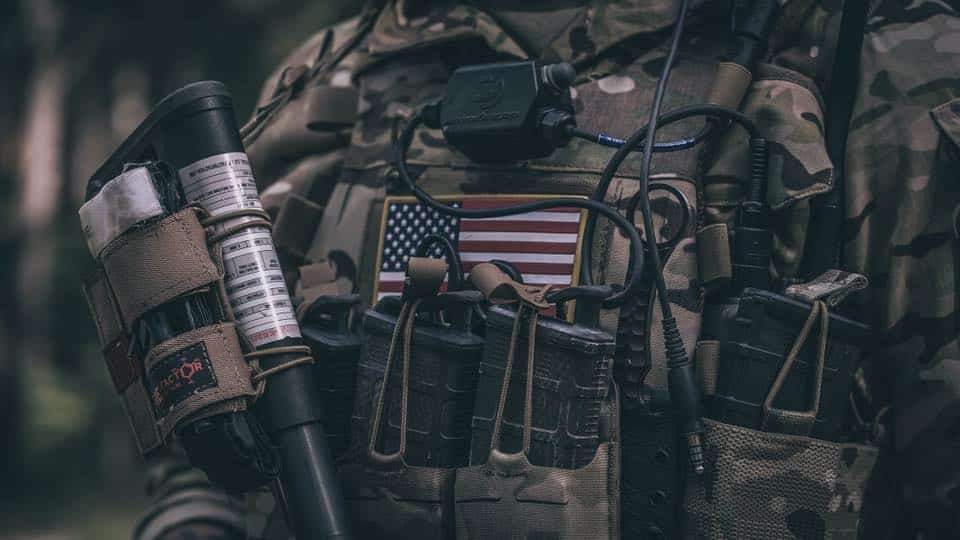 CONUS Battle Drills: A Guide for Combat Veterans to Corporate Life, Parenthood, and Caging the Beast Inside (Excerpt)
by Louis Fernandez

I pulled on my static line, securing it to the anchor line cable in the aircraft and stared past the helmets in front of me to the open C-130 aircraft door. My eyes fixed on the light above the door, taking in the smell of fuel and sweat. I was in a daze as the next few commands were sent throughout the aircraft. It was my first jump out of a real aircraft, and fear had moved in and taken residence deep into my soul.

No turning back now. 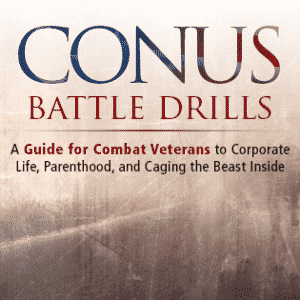 The anchor line cable began to bounce violently up and down as jumpers exited the aircraft. I tightened my grip on my static line for fear that the sweat on my palms would allow it to slip out. I waited until it was my turn to shuffle forward towards the door. Pushing my hand firmly into the pack of the man in front of me, my eyes darted from the door, to the man in front of me, to the safety. Jumpers disappeared into the sky, I made eye contact with the safety, handed off my static line, and leapt into the unknown. One thousand

The opening shock jolted me into action: Check canopy. Gain canopy control. Look for other jumpers. All is well. Silence.

I gripped the risers and looked up once more. I had no idea there were giant holes cut into the parachute. I then looked forward to the horizon, it was a beautiful view of Fort Benning. I was above the trees, the sky was clear, and I was all alone, able to take on this breathtaking view. Then I looked down. There was nothing below my feet except thousands of feet of air, and the ground came slowly towards me.

I fell in love.

Then it was time to land.

I hit the ground like a wet sack of shit. My body crumbled below me, heel, ass, head. I felt the wind get knocked out of me, and reached frantically for my canopy release as I tried to suck in air. My canopy fell softly to the ground above my head as I lay there for a moment on the drop zone. Adrenaline coursed through my veins, numbing the pain of my shitty landing. I stared up at the sky littered with parachutes and smiled. It was worth it, so worth it.

Getting out of the military is a lot like that first jump. There’s fear, anticipation, and excitement. You have no idea what it’s going to be like, and at first there’s this beautiful scenery, peace, and calm, then you smash into the ground.

Driving off the base for the first time with my DD214 was truly bitter-sweet. I felt free, released, I felt like I finally owned myself. I whooped and hollered by myself as tears welled in my eyes driving home to kiss my wife. It was over, time to live for me and mine and make them a priority in my life; I had no idea how hard that would be.

I had to run through a gauntlet of counselings when I informed my command that I intended to leave the military. Several Colonels and Sergeant Majors wanted to try and talk me out of it before I could sit down with the Commanding General to get his signature. While they weren’t able to convince me to stay, they did instill quite a fear in me about the civilian job market. I linked myself up with a headhunter and told him I would move anywhere, as long as I could work with a recession proof company. I told him I wanted to make as much as my base pay (which I thought would be a commensurate salary), and I wanted a culture that was military friendly.

I ended up leading an assembly line in Ottumwa, Iowa, a small town of 35,000 people. As a Miami native, this was quite the shock. Then I got my first paycheck and my heart sank with all the deductions for healthcare, retirement, dental, and taxes. I was not ready for this. I had not budgeted myself appropriately, and we had to make some significant cuts.

I spent the next few years learning how to be a civilian. Learning how to stretch my dollars and how to maximize my income. Growing that 401k, and building up my HSA to cover all those health expenses that come when you have a bunch of kids. I learned how to make friends, and how to assimilate into the corporate culture. I learned about business and entrepreneurship. I learned about Unions, OSHA, welding, assembly process, material flow, and factory operations. I learned about hay making, and spent time on a farm, experiencing the products my company made through the eyes of our customers.

I learned about myself. How to be a better husband, a better father. How to cage the raging beast that was so useful in combat. How to be more loving, and how to place those that matter most, first.

Finally, after more than five years on the outside, I was ready to share my story. I wanted to help others avoid my same errors and mistakes. I wanted to give an AAR on transition, because those counseling soldiers before they get out, have very little idea of the personal, internal battle we face. I wrote something that I would want to read. I wrote a conversation with a friend. It’s funny, it’s entertaining, it’s a compilation of stories, and most importantly, it’s not about a navy SEAL.

“CONUS Battle Drills: A Guide for Combat Veterans to Corporate Life, Parenthood, and Caging the Beast Inside” is a guide meant to give you some perspective. It will give you a window into what the future might hold, and there will be some useful tips to help you navigate the challenges ahead…and it’s a great fucking book.

This article first appeared in The Havok Journal September 27, 2018.