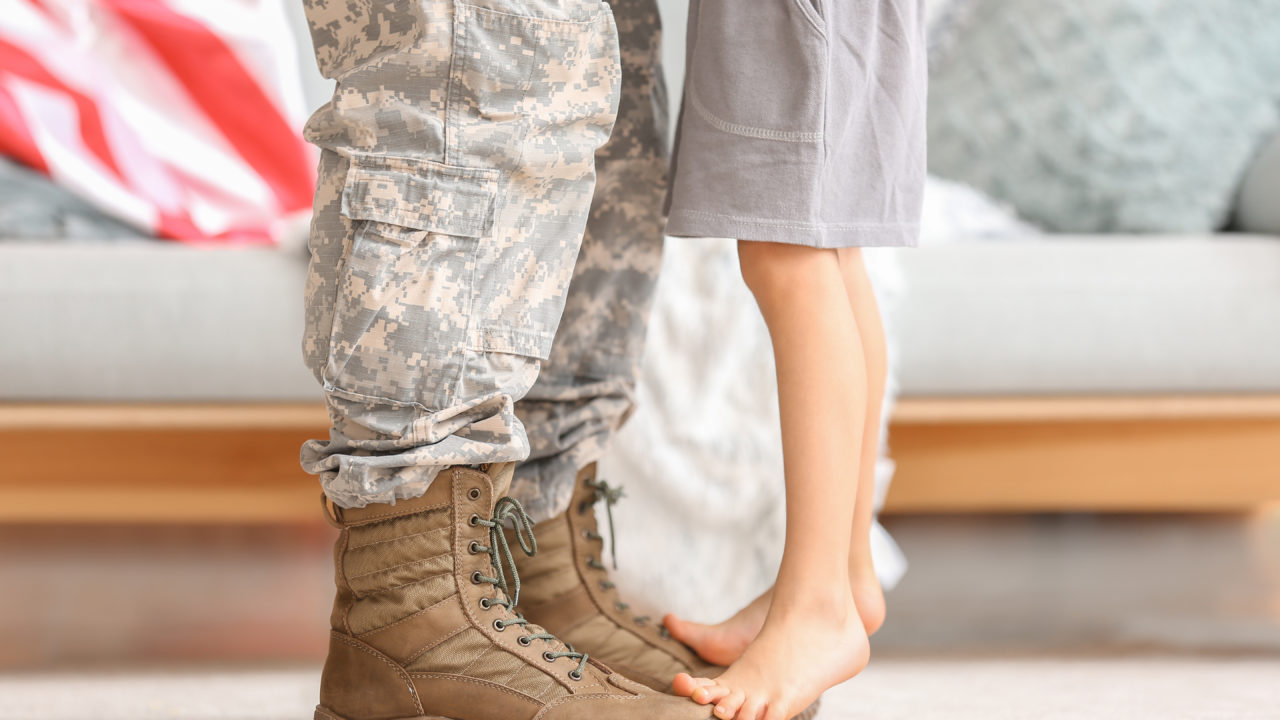 by an anonymous USAF brat

As I sat there on the couch shoving another backup mag wrapped in TactiGami™ into my go bag, I zipped it closed and function checked the main pocket for the rest of my go bag loadout. All the usual stuff guys carry every day along with things I’ve learned to have available as you never need them until you really need them. I looked up at my wife as she watched with a slightly bemused look on her face. I could see the question behind her eyes, “What the heck happened to you that makes you think you need all that?”

Military brats generally are as diverse as the nation their parents represent – white, black, brown, yellow, male, female, fat, skinny, athletic, geeks, bookworms – you name it, it’s represented in one form or another. We were all kids going through our youth and adolescence with much the same stresses/experiences as our civilian counterparts.

Depending on where your sponsor was stationed, your experience varied, sometimes vastly, from station to station. Some of us had our eyes opened rather abruptly and had an indelible imprint on our psyche that would color everything we did from that time forward.

On 19 September 1972, I was pleasantly slumbering in my bed, dreaming 9-year-old dreams when out of the blue I felt, more than heard, a LOUD, deep explosion, and jolted awake only to feel my bed move away from the wall. Before I could form a thought, my bedroom door opened and Dad stood there in his pickle green fatigue pants, belt, T-Shirt, and boondockers. He was pulling on his fatigue shirt as he issued the order, “Get dressed.”

There was no mistake as to what was required, it was an order and I had never seen his face like that – no expression – flat dark eyes that brooked no BS. I knew what he meant – that simple order required me to dress in sturdy blue jeans (no holes, patches), a shirt (no Tshirts), shoes, and windbreaker, grab the important papers bag (a leftover from my Mom surviving WWII in Germany – she always kept birth certificates, shot records, insurance policies, marriage license together in one leather satchel that was stored in the closet) and rally at the front door.

After pulling my clothes on, I grabbed the important papers bag and opened my bedroom door. I saw Mom and Dad standing with the front door open, looking out onto the base. I watched Mom’s knees buckle briefly and Dad supporting her and knew something bad was going down. I moved to the front door and ducked my head and looked between them as they stood with Dad steadying Mom completely unprepared for what I was about to see.

There, across the street, in the drainage ditch that ran behind the houses, was a 15-foot wall of flame with roiling black smoke. I didn’t know what was going on but I recognized danger when I saw it. As we were overseas at Clark AFB, Philippines, regulations would not allow personal firearms to be kept at home. They all had to be kept in the armory. The regulation said nothing about BB Guns. In my 9-year-old mind, I was fully prepared and able to shoot someone’s eye out and then beat them with vertical or horizontal buttstrokes of my Daisy BB gun that Dad had taught me when I was issued the piece on my 8th birthday.

My confidence came from long hours snapping in at the BB gun range we created from the kitchen to my bedroom using an old archery target holder and a deck of playing cards. I turned and ran back down the hallway, pulled my trusty BB gun from the rack in my bedroom, grabbed my 1,000 each pack of golden BBs, and returned to the rally point at the front door.

We quickly moved from base housing to the 13th Air Force parade grounds as that was the closest place the heavy choppers from Subic Bay Naval Base could land to extract dependents and offload the Marines and heavy weapons for what we were sure was an act of sabotage that was the opening salvo of an all-out war. As we waited there, in the circle formed by the cars of other families and ours, Dad put Mom and me in the middle. By unspoken agreement, all the GIs were outside the circle looking outward for threats.

Later on, the Security Police came by and informed us what had happened. Someone had fallen asleep at the transfer station up in the hills behind the base and allowed 175,000 gallons of JP4 to overflow into the drainage ditch system. An unknowing individual likely flicked a match or a cigarette into the drainage ditch and lit off all that JP4. It had pooled into the newly dug hole that was going to be Pool #4 on the base that was under construction. We all went back to our quarters and life went on as usual.

That day, at the innocent age of 9, I learned that all of the usual things we take for granted can go away in an instant. I learned that you had to be prepared to do whatever it took to drive on and survive. You had to be ready to leave it all and move out to a place of relative safety, sometimes with just the clothes on your back. I’ve never forgotten it.

Mom died in December of 2019. I’ve never forgotten what she taught me at a young age. If you’ve got a meal, clothing, and place to sleep out of the elements in relative safety, you’re ahead of the game.

This first appeared in The Havok Journal on September 29, 2020.