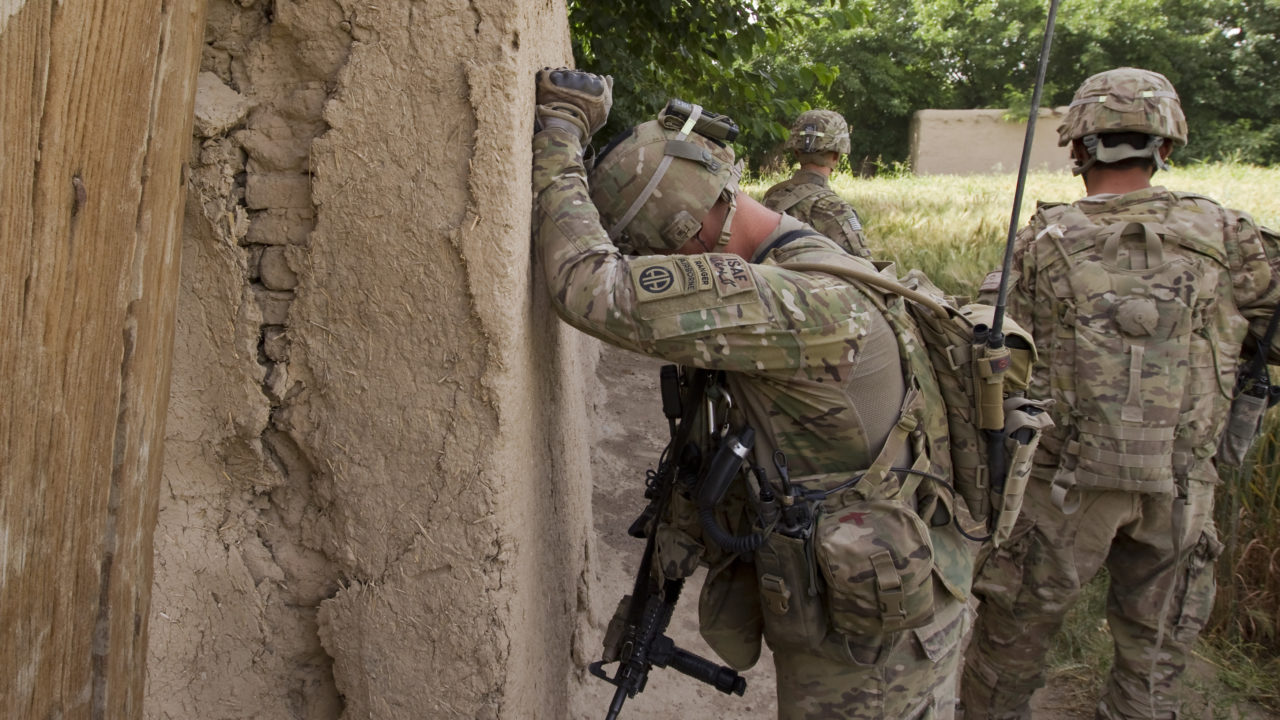 This first appeared in The Havok Journal in February 2017.

For the past 18 months, I’ve had the fortunate opportunity to “unplug” from the operational Army and be a graduate student at Princeton University. During this time, I must admit I’ve been chasing ghosts. I’ve toiled and mulled over thoughts and feelings wondering: “Is there something wrong with me?” Sadly, veterans and the military have been used as political footballs on many occasions. Inconsistent and overinflated statistics of veterans with PTSD are touted by politicians to score points or attempt to skew an argument in their favor. For example, declaring concerns about whether veterans possibly “incapacitated . . . [because of] PTSD, which I think is a new phenomenon as a product of the Iraq War,” should be afforded their constitutional right to keep and bear arms which they fought so hard to protect. Of course, this discussion on the rights of veterans is underscored by the inaccurate statement that PTSD is somehow a manifestation of the Iraq war; battle fatigue and shell-shock have been around long before the 21st century.

Additionally, the media consistently skews numbers of PTSD victims to overinflate the “cost of war” being too high because of what it is doing to our active duty and veteran community, branding it a “growing epidemic.” The media touts “facts” about almost 30% of all veterans coming home from conflict zones being treated at VA facilities as “having PTSD” rather than stating the truth. By conveniently omitting words or phrases such as “possible” or “display some [mostly temporary] symptoms of PTSD,” reporters make definitive statements and craft headlines such as “Nearly 30% of Vets Treated by V.A. Have PTSD.”

There’s a huge difference between a veteran possessing some symptoms of PTSD and a clinical diagnosis of having PTSD. This is a leap many make to distort stats and fit a narrative painting veterans as victims of war rather than those bravely waging it on behalf of the nation. “Fake news” has contributed to a false narrative painting the current generation of veterans as “damaged goods” rather than the next generation of future leaders in our communities, towns, cities, states and national government. VA studies have placed the “probable cases” of PTSD in returning veterans to be in the single digits (4-9%). While we can never dismiss the fact that these veterans need and deserve the finest treatment, their numbers are much lower than typically painted on the news.

Likewise, Hollywood does its part to box veterans into two stereotypical bins: the shattered veteran with a broken soul or the macho man. Movies and TV shows either portray veterans as mentally unstable, drug-addicted, short-tempered fringes of society or superhuman robots living in constant denial of feelings or the ability to truly be human. On screen, combat veterans typically do herculean acts of valor in war only to come home from battle a hot mess, mentally broken, abusive, drunk, and unstable. Of course, sadly I’ve known some veterans who have fulfilled the Hollywood version of the community, including some who have taken their own lives. But the vast majority of veterans I know have gone on to grad school, start non-profits, become entrepreneurs, made it big in the private sector, and have beautiful, loving families. Of course, that just doesn’t make for a dramatic script.

Living in Princeton for the past 18 months, I’ve come across many in casual conversation who subtly imply my exposure to war made me an “outlier” or damaged in some fashion. Upon arrival, when I introduced myself to peers as an Army officer, often their next question, leaning in with a lowered voice was, “Have you ever deployed?” Other times, it has been more overt. Sharing with others in the community that I’ve deployed 7 times, their reply is often, “Oh you poor thing.” In the rare circumstance, I’ve been disrespected by being told my service was part of a “pointless war.” The confluence of politics, media, and Hollywood have misled many in our society today, and to be honest, in the past year and a half, had me doubting myself. I was beginning to wonder if there was something wrong with me because there was nothing wrong with me.

It wasn’t until Presidents Day this year when I heard everything I needed to hear. I attended a conference hosted by the Department of Homeland Security and the Nassau County Police Department on Long Island called “The Bulletproof Mind,” taught by LTC (Ret.) Dave Grossman, a former West Point psychology professor and career Infantry officer who wrote the books On Killing and On Combat. He talked about the warrior’s mindset, identifying signs and symptoms of PTSD, how to deal with those symptoms, how to prepare yourself and others for the crucible of war, and how living a life of service and sacrifice is nothing to be ashamed of, rather it is something that should make us proud. That day, I found the truth.

My odyssey of wondering what was wrong with me because after 7 deployments, losing Soldiers, and hunting the enemy, there’s nothing wrong with me. I’ve been toiling over either a void of symptoms I’ve been force-fed to believe statistically I should possess or the fact that I can still comfortably put my head on a pillow at night because my conscience has approved of my conduct in war. I’ve always diligently prepared and burned the midnight oil and deliberately prepared for battle, mentally, physically, and spiritually. I can now accept my place amongst the ranks of those in the past who have said, “Here am I, send me.” (Isaiah 6:8)

Although this revelation has come, my memory and remembrance of those who have gone before us remains. But my searching can cease and I can finally be at peace that the something I’ve been chasing isn’t truly there. I realize this isn’t the case for all, and to those who need help, I implore you to seek it. Embracing my post-traumatic growth as a result of the experiences I’ve been privileged to have on behalf of the nation can and should be much more powerful than the obsession of post-traumatic stress we read in the headlines as a false tribute to the overinflated victimization and “pity party” everyone wants to throw for the veteran community.

For others who feel they may be chasing ghosts or gasping for air, know that just as we would want our loved ones to go on and live a life of joy and happiness in the event something catastrophic happens to us, our fallen comrades would want the same. As Grossman said during his course, “sometimes the noblest and honorable thing isn’t sacrificing your life, but living a life of sacrifice.” Living a vibrant and purpose-driven life is the least we can do to pay tribute to those who have gone before us. It’s how we can “make it matter.” So the challenge to my fellow veterans and active-duty personnel is to do what we’ve always been told to do numerous times in our career . . . “Carry on.”
_______________________________________________