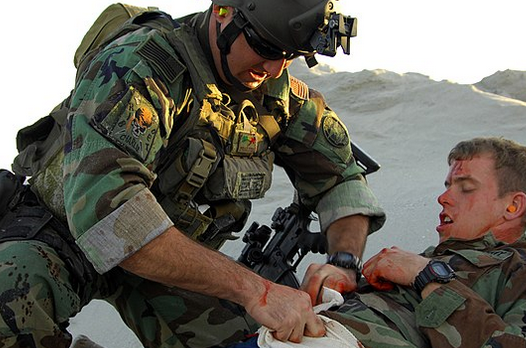 Broken hands are not born broken. But rather perfect. Pure and smooth though already balled into the fists held heavenward with a display to the world of the path that was already chosen for them.

Broken hands start soft but grow strong. They are used to protect those who cannot protect themselves from the time they can be used.

Broken hands begin buried in the sand. Clutching the earth is a silent plea for the torture to end. Knowing that these hands will break but for the greater good. Because those not willing to break their hands will be far away and safe because of these hands and the hands breaking next to them.

Broken hands become covered in blood. Sometimes broken hands cannot be the remedy. Broken hands twisted in strife grasp at the air in a fruitless attempt to keep souls escaping away to have perfect hands once again.

Broken hands tremble to be kept straight and above the brow. Broken hands can recognize other broken hands pressed against wood as the bagpipes scream their praises for those broken hands having gone before.

Broken hands can wipe away tears, lead the path through love, and even heal someone else’s breaks through embrace and promises of forever. Broken hands can feel whole again. Even if just for a moment.  Broken hands know that touch can never be sweeter than when clutching to those of hands so happily pulled away by other softer, less broken hands. Broken hands feel more broken when cold once again.

By other broken hands.

Grasping them. Not with softness but still with love. A reminder that broken hands can be broken together. Allowing for the one to cripple in weakness so that the other may be the strength enough to both

An unspoken promise between these hands.

Broken hands remain strong, but only in the grasp of other broken hands.