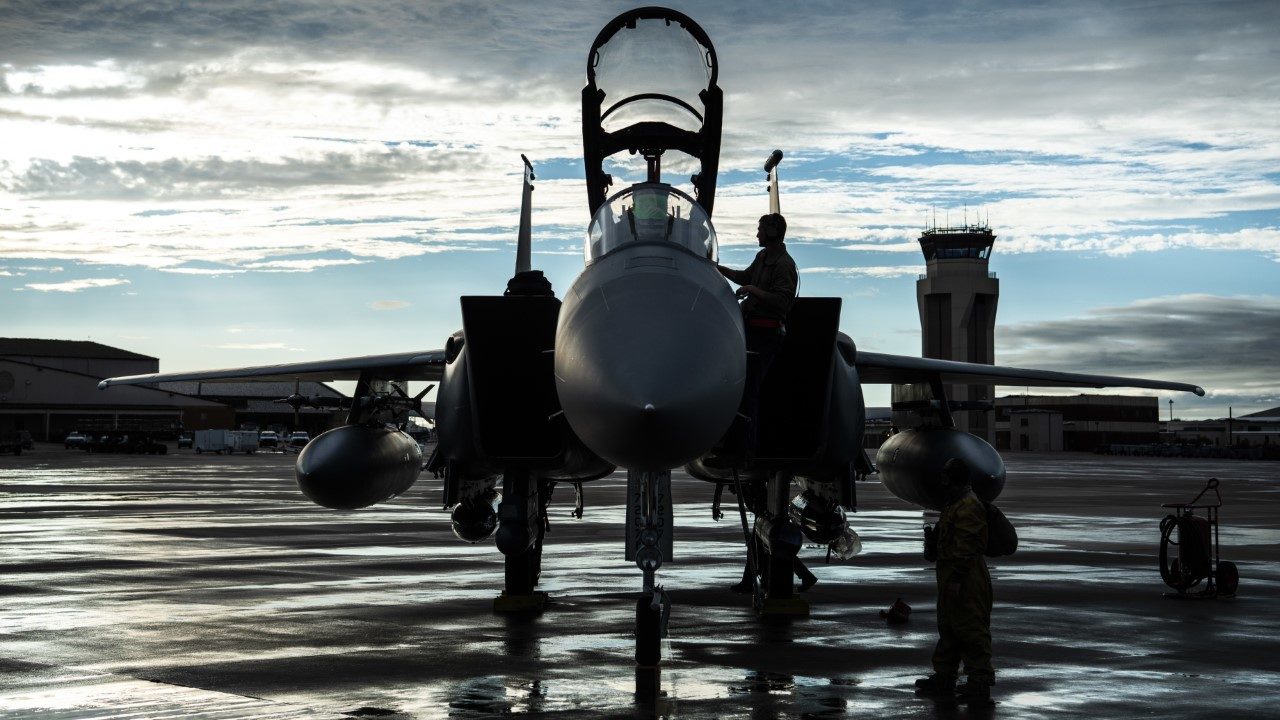 These units came together to demonstrate and exercise how a wing-level organization projects combat airpower within an agile C2 structure.

“The 505th Command and Control Wing provided critical training and feedback before, during, and after Agile Flag 21-1, allowing the Gunfighters to understand how wing-level command would continue to communicate and function in a contested environment,” said U.S. Air Force Col. Rick Goodman, 366th FW commander. “Their expertise is helping shape the development of lead wing concepts in complex, joint, and an increasingly uncertain global environment.”

The C2 training provided participants a baseline understanding on how the Air Operations Center operates, the operational documents an AOC uses for execution, some basic targeting information, and a lesson on conditions based authorities to use when communication with the other units is degraded by enemy forces.

The experiment required the 366th FW to execute the mission while connected and disconnected from the AOC.

“The ability for a lead wing to execute while being disconnected from an AOC is important because we know the enemy will attempt to disrupt communications.  In a peer or near-peer fight, units will not be in continuous contact with the AOC to receive guidance,” said U.S. Air Force Col. Francisco Gallei, 505th Test and Training Group commander. Hurlburt Field, Florida. “Units below the AOC will have to understand the JFACC’s [joint force air component commander] intent and guidance and what is in the Air Operations Directive, enabling them to operate within that framework and execute the authorities delegated to them until they regain connectivity and can resync with higher headquarters.  Our team here at Hurlburt Field plays an integral part in training and educating Airmen about these concepts, giving them the tools necessary to execute when connectivity is lost.”

The 505 CCW’s LL Team participation in Agile Flag 21-1 was two-fold. First, to validate the C2 training met the objectives of the exercise as executed. Secondly, to observe Agile Combat Employment in practice to develop further operational tactics, techniques, and procedures for AOC personnel.

The 505th CCW’s participation in Agile Flag 21-1 focused on ACE applications that bridged execution from the operational level to the tactical level.

“Having operational planners help develop ACE is critical to ensure it can be executed smoothly in the future by exposing wings, who generally work at the tactical level, to the operational level of warfare,” according to U.S. Air Force Lt. Col. John Christianson, 705th TRS commander.

“To align future forces with the 2018 National Defense Strategy and the ‘Accelerate Change or Lose’ vision of Air Force Chief of Staff Gen. Charles Q. Brown, Jr., the 505th CCW continues to drive the discussion on how command and control will be done in the future,” said U.S. Air Force Col. Richard Dickens, 505th CCW commander. “We must maintain decision superiority in a great power competition, with or without access to various levels of C2, which we can experiment, test, and validate in exercises like Agile Flag,”

Agile Flag 21-1 was the first iteration of this type of exercise, with plans for more in the future.