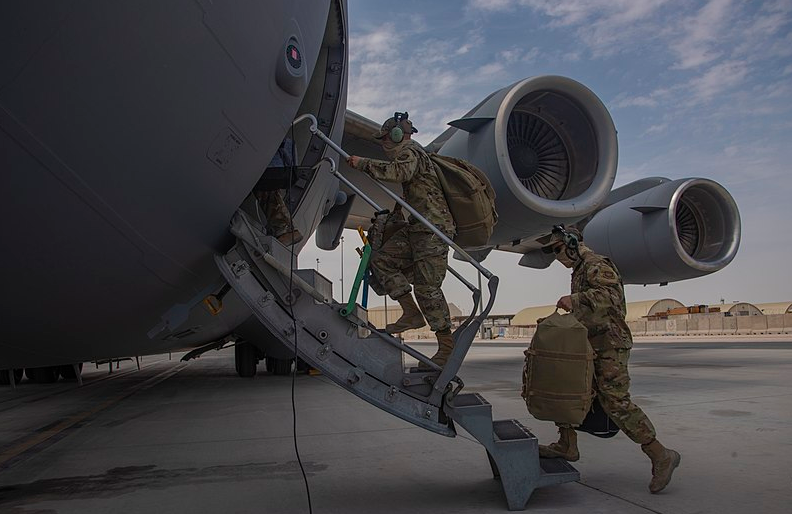 This first appeared in The Havok Journal on August 22, 2021.

I’ve seen a bunch of content/comments about the SecDef/CJCOS comments on ‘not having the capability’ to pull U.S. Citizens/Contractors/former DOD employees into the airfield. This all seems to be taken at face value… Seriously? When did people start believing the government again?

We have the “capability,” we just don’t have the will. I’m basing this totally on news reports and video, as many others could and probably have done. If you have OPSEC concerns, just scroll on. This is stuff at least 48 hours old and the bad guys are NOT stupid.

So for your consideration… (Please use Rod Sterling’s Twilight Zone intro voice for this) a few more idle thoughts.

FOOTPRINT. It would appear that on the ground there are two Marine battalions, hopefully with parts of their support elements. The Jump TOC for the 82nd is there, most likely with the Division’s commanding general. Then at least two infantry battalions with some support. The Apache helicopters shown in recent videos didn’t come in alone. There must be a support element with them. So that could be two infantry-heavy brigade-sized units. Then figure in components from other countries. Reinforcement is possible if needed.

TERRAIN. Pull up a satellite shot from Google Earth. All they will show now is a 1985 satellite pass. Check out the size of that perimeter, it does have a perimeter wall with multiple entrances. This ain’t your simple airfield seizure mission. Most if not all the entrances can be blocked with material and equipment on hand at the airport. Then each barrier requires a close over-watch. If some space inside the perimeter wall is given up that would decrease the perimeter size. The perimeter is also subject to breech and requires close attention. At some point, prior to the complete takedown of the airfield, it was invested with XXXXX number of completely unscreened refugees who were trying to get out of Dodge while the getting was good. That led to the debacle of the taxiways being overrun and aircraft being climbed into resulting in an unknown number of deaths.

For aficionados of urban warfare, you probably realize just how fast that terrain, which the airport is, will suck up troops in vast quantities. Then consider at least three security perimeters inside the main perimeter.

PRELIMINARY DISCUSSION. Doing this 24/7pretty much maxes out your troops’ capabilities. So, I don’t believe that there are enough conventional troops on the ground to support at least a mounted company-size element forays outside the wire much over several hundred meters. That is not saying the Forces of the Dark Side aren’t. The Brits from their experience in Occupied Northern Ireland (I’m half pure drunken Irish and possibly half Welsh.) are downright passable in the ‘blending and subtle arts’ as many other countries are. So officially, we don’t have the capability to do that on the ground.

The true key to a successful operation is to keep it as simple as possible, even in the age of command and control from outside the atmosphere. (For the Vietnam veteran brothers and sisters, you thought a Bn and/or Bde command bird overhead was bad? You have no idea what kind of chaos a GO level would be squad or platoon leader can cause from 10K miles away by satellite.) Simplicity is the absolute hardest thing on the battlefield to create and maintain.

BACK TO FOOTPRINT. There would seem to be a pretty robust force structure on the ground. What is lacking is Armor though. If there ever was an attempt to lapse an Abrams or Bradley, I would pay good money to see the video. I don’t know how survivable the 82nds Mobile Gun Systems, Strykers, or Marine LAVs would be. Let alone the size of the log/maint tail for them.

RISK AVERSION. Increasingly the USG has become more and more risk-averse with it spilling more and more into LE and DOD. Risk aversion in itself is not a bad thing. I don’t think George Custer did a risk matrix on his last really bad day in June of 1876. There can be and is too much Risk Aversion because of the 10KM Distant Squad Leader Syndrome.

FINAL DISCUSSION. How large a force structure is too much. Remember, all the people you bring in have to be brought out. Equipment and logistics can and should be blown in place sooner than later. There have been posts and news on the lack of notification to U.S. Cits, which is predicated on the US Cits telling the embassy where they are and the reluctance for people to do that. Seriously, the State Department does not have a ‘Remote Viewing’ capability in their reaction forces or on staff. People have to take personal responsibility (if that is too complicated a phrase, Google is your friend) to do so. Then the various contracting companies and NGOs (many holier than thou, some not), not doing the same. Knowing where the people you need to get out are, is a critical portion of information when executing a NEO.

CONCLUSION. Every lift of pax we insert has to be ex-filled. I highly recommend holding the outrage down to a dull roar. The game clock is not even past the first quarter in this.