HomeCultureMilitaryA Reason to Fight On 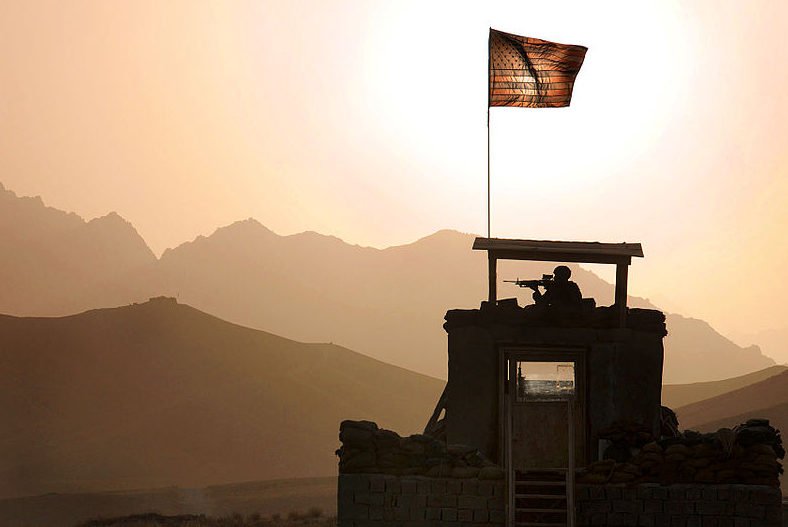 This first appeared in Britta’s blog, “Life After War” on December 31, 2017, and is republished with the author’s permission.

He led the rebel movement.

Rebels? Yes, that’s what they were. How unimaginable it would have been just a few years before. When life was normal. Peaceful. Predictable.

The invading foreigners were determined to decide the fate of his people. Determined to impose a way of life, their way of life. A life he could not imagine.

Thousands of rebels were at his command. Trusting — not trusting — watching his every move. Traitors among them. Spies among them. How could he be certain? He dare not let them know or see how doubt and regret haunted his inner world. How he’d issue a command having only himself to trust, only himself to blame, for its fate.

They dare not know how impossible it often felt to sustain his own belief. How the hardest battles were the ones he fought with himself, out of sight, in his heart. How terrified he actually was.

They called him cold and unfeeling. A man without a heart.

The tally of their dead could prove them right.

The enemy was cunning, well-armed, with advanced technology and endless funds. Their only limitation was their rules of engagement, issued from afar, from their highest command.

Young men had left their foreign land to battle here, for a war that few could fathom was necessary, certainly one that seemed to be over greed, power, and control. But what war wasn’t?

His men fought for their homes, for their families, for the right to rule their own country, for freedom from these foreigners. No one with any sound reason would believe they had even the slightest chance at victory.

The man they saw was not the man he was inside. The confident orders he heard himself issue were not the fearful words he heard in his mind. The smile he mustered reminded them that he was human, it did not erase how dead he felt. It could not ease the fear, the heavy weight pressing down on his chest, that made it hard to breathe and sometimes, hard to not put an end to his breathing.

A cold man? Unfeeling? Because feeling brought pain too unbearable to endure? At the end of the day though, who cared? His suffering was merely a reflection of his men’s suffering, compounded by a thousand. The pain, itself, the same.

War had taken so much of them it was hard to feel what, of their humanity, remained.

And yet, as hard as he prayed for relief, as much as he begged God to release him, giving up was not an option.

Too much had been paid. Too many had fallen. Too much had been sacrificed to give up now. Giving up would invalidate it all, disgrace them all, those bodies of his men out there, dismembered, bleeding, gone. He could not do that to them.

He would not do that to them.

The pain of this war would be part of his soul forever. Etched into his cells, his senses, his heart, his mind, his existence. The enemy would not win by getting him to take himself out. Not now. Not ever.

Surrender was not an option.

This bitter night would end. In the morning, the sun would rise.

His rebels would look to him for courage, for hope, for the will to live.  For the reason to fight on.

He would give them that reason.

The tent flapped open, startling him from his thoughts.

One of his guards came in.

“General Washington, the boats are ready.”