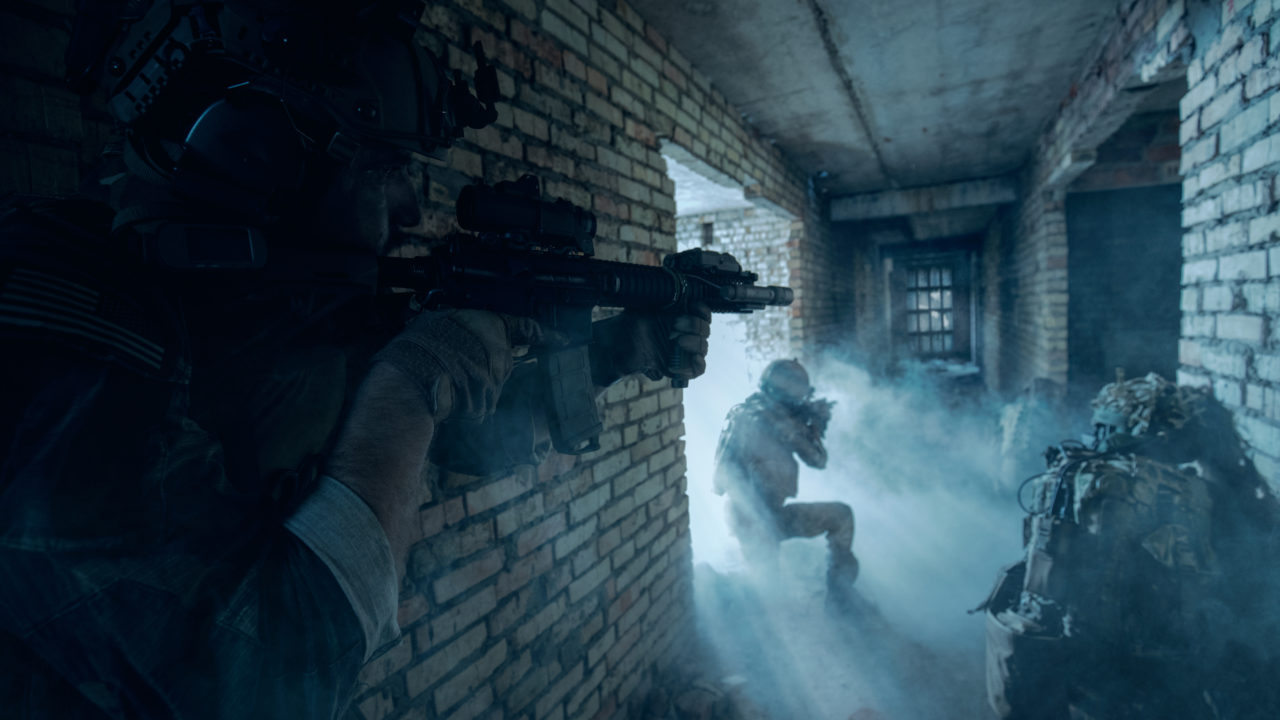 This first appeared in Frank’s blog on July 30, 2017. It is republished here with the author’s permission.

Hans called last night. He had been drinking a bit. I can usually tell. He tends to obsess on a certain topic when he drinks. He doesn’t sound incoherent, but he is relentlessly on topic. He speaks in a matter-of-fact manner, and that makes the conversation somehow much more intense. Last night he talked to me about a dog he had in Iraq.

“Yeah, she saved my life a couple times.”

“Yeah, one time I was kicking in a door. I was the first one in. There was this Hajji holding a shotgun. She bit his hand, and then she tore his throat out.” (At this point, I am listening much more closely to Hans’ story).

“Yeah, she saved my life then. It’s weird. This other guy. He trained from a pup, but she wouldn’t stay with him. He couldn’t control her any more, but she would stay with me.”

“You’ve always been good with dogs.”

“Yeah, remember that white dog I brought up from Texas?”

“That was Francis.” (this was at least fifteen years ago).

“Yeah, I called you about him, and you didn’t want the dog, so I hung up on you. Jamie and Mark freaked out because they thought you would come down to Texas and kill me for that. (Hans laughed).”

“Okay, but it’s a different kind of mean. It’s an older sort of mean.”

“She used to sleep in the Q with me.”

“That’s a conex with an air conditioner and only one door. J used to sleep at the end of my bed. When we had incoming rounds (usually at 2200), then she would bite me hard to wake me up. She would grab my machine gun in her mouth, and we would both run to the bunker together. She was one smart dog.”

“Hey, I don ‘t know if I told you about this, but she saved me another time. I was kicking in another door, and I was the first one in. I got in the room and there was a guy holding a shotgun. The guy fired at me. Then the gun jammed, so he couldn’t shoot, but I went down. I couldn’t reach my M4 (rifle). It was tethered to me, but I couldn’t get at it. I couldn’t reach my M9 either (pistol). I grabbed what was handy. There was a broken piece of PVC pipe. I shoved that up into his groin. J bit his hand. He had just cleared his weapon, and he was ready to shoot. She kept him from shooting, and she went for his throat. She didn’t kill him. I did. The PVC hit his artery and he bled out.”

I hope that Hans gets another dog like J.

This first appeared in The Havok Journal on February 17, 2021.