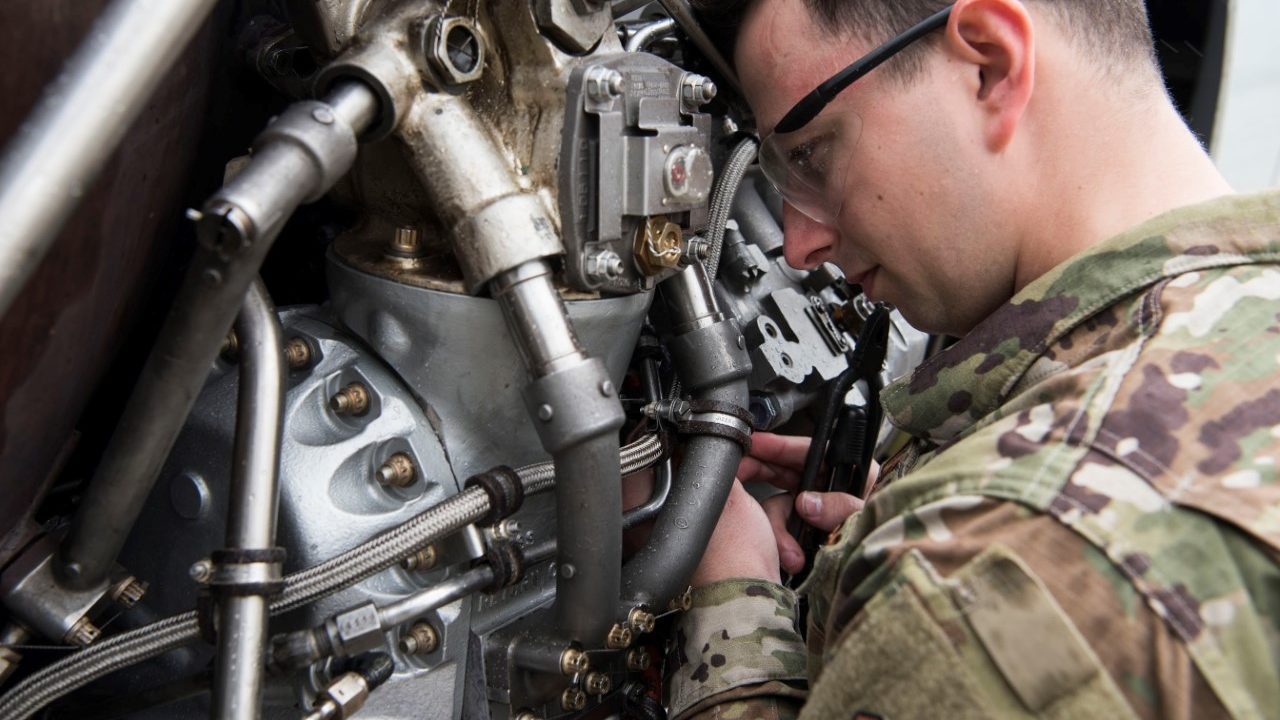 The 605 TES, Det 1 team provided the only airborne command and control node for the exercise via the E-3 Sentry, commonly known as the Airborne Warning and Control System (AWACS). The detachment provided low-level radar coverage to detect simulated cruise missiles while providing tactical command and control (C2) of airborne assets to defend against adversary aggression.

The team utilized AK20 to test the E-3G’s latest version of mission computing software in an operationally representative environment. They were able to interact with and integrate with USAFE and NATO partners. U.S. AWACS do not regularly participate in European exercises due to the presence of the NATO AWACS fleet.

“Being able to showcase the capabilities of the E-3 to the 603 AOC and our coalition partners increased our understanding of each other’s strengths,” said U.S. Air Force Lt. Col. Dameion Briggs, commander, 605 TES, Detachment 1.

Briggs added that it is a humbling experience to send an aircraft on the road with 70 operators, maintainers, and support personnel to execute an operational mission. It was essential to manage our team to ensure we were ready to accomplish the mission. Then, being able to come back and discuss with our maintainers and support team how they directly contributed to our mission’s success was vital in ensuring the whole team had skin in the game. “Success is a team sport, and I could not be more proud of how our team executed,” said Briggs.

According to Gen. Tod Wolters, Commander, U.S. European Command, “Exercises strengthen the capacity of Allies and partners to defend themselves and enable their full participation while maximizing interoperability.”

The goal of AK20 was the full integration of live F-15C, F-16C/D, Su-22, patriot battery, SA-3, AWACS, multiple control and reporting centers (CRC), and the coalition AOC in Warsaw during a NATO scenario.

According to Briggs, “integration was key for the exercise to be a success, the U.S. and our NATO partners must be able to interoperate. Having the coalition AOC control not only their aircraft but also generate a single air tasking order (ATO) with both countries operating from the same sheet of music was key.”

Briggs continued, integration was successful and the AWACS controlled both coalition and U.S. assets in both defensive and offensive counter-air missions.

The 605 TES’s role was to orchestrate the air battle.

“We provided both the fighter aircraft and the AOC an air surveillance picture well beyond their organic capabilities,” said Briggs. “With our airborne radar, we were able to detect, track, and identify enemy aircraft, and send their location digitally to the fighter aircraft. This data allowed the coalition aircraft to maintain a first shot capability while maintaining high situational awareness on the adversary.”

“The 505 TTG [505th Test and Training Group] has a British and French liaison officer at Hurlburt Field and I see on a daily basis how having them here helps improve allied interoperability,” said U.S. Air Force Col. Francisco Gallei, commander, 505 TTG. “The 605 TES’s involvement in AK20 was critical to our mission, not only because it served as the primary exercise for operational test and evaluation of new mission software, but it also continued to strengthen critical linkages between the 505 TTG, USAFE, and NATO partners.”