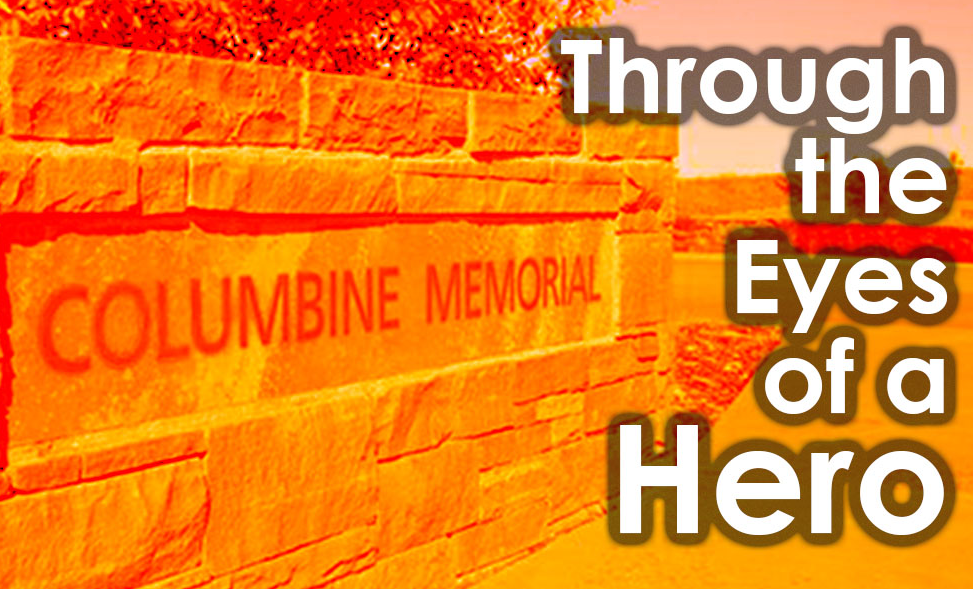 When Marshall Thompson*, a Columbine, CO Police Officer, smells a pizza, his mind transports him to April 20, 1999 — a seemingly normal day – at Columbine High School, when 12 people, including 1 teacher, were shot dead by two young men who subsequently committed suicide following the massacre.

“When everything happened, it was pandemonium,” Thompson explained. “Lunches and books were thrown in every direction in the cafeteria while everyone sought safety. Over the following days while we attempted to process everything, the food left out from lunch that day – pizza – began to decay, combining with the aroma of blood and gun powder. That scent of pure evil haunts me, and any whiff of pizza takes me back to that day.”

Thompson, a 5th generation law enforcement officer and first responder, has seen it all; from the evilest domestic assaults to burned bodies and horrific car accidents. “Columbine was the tipping point for me.”

Plagued by anger, hatred, disbelief, and flashbacks, Thompson withdrew, as the world around him began to unravel. He began drinking and his marriage of 17 years ended. His regular smile at Monday night softball games became non-existent.

After a night of drinking and passing out, he nearly burned his apartment down due to a lit cigarette still in his hand. It was then that Thompson realized he needed help.

“I didn’t realize it at the time, but I was suffering from PTSD. I didn’t think that was something that could happen to me.”

In a 2017 survey of 2,000 first responders, nearly 40 percent said they feared negative repercussions at work for seeking mental health services.

“First responders rush into burning fires or deal with the most catastrophic scenes — that’s their job, it’s what they’re trained to do,” stated Tom Spooner, Co-Founder of Warriors Heart- a private treatment facility providing care for addiction, chemical dependency and PTSD for active military, veterans, law enforcement and first responders. “We expect a level of super-human when we see a hero in uniform – inside though, they’re mortal. They are continually faced with trauma while being expected to ‘suck it up,’ or ‘push it down and carry on.’”

The rigors of the job contribute to increased cases of substance abuse. Drugs used as a coping mechanism often include marijuana, benzodiazepines, and methamphetamine, with the most popular drugs of abuse being alcohol and opioids. “As a first responder, we see these horrific images first-hand,” Thompson explained. “The aftermath is where you see peers withdraw. For me, alcohol was my escape, numbing and silencing the details that played in my head.”

After spending hours inside the school identifying the bullet-riddled slain victims, Thompson’s nightmares became ever-present. “The sight of a white sheet, used at the scene to cover bodies…I don’t buy white linens anymore.”

Warriors Heart recognizes and understands the unique demands of first responders and works to successfully navigate healing and recovery while in the company of people who personally understand individual experiences. “Law enforcement and first responder jobs require you to be combat-ready while maintaining the capacity to serve as a counselor, priest, lawyer, or social worker all at once,” stated Spooner. “Police officers and other law enforcement are often unwilling to seek help, fearing it will jeopardize their jobs or make them look weak. Or even deeper, many of the treatment programs or groups put them in the company of others who they may have dealt with in the past; putting them in an unsafe environment. There needs to be a cultural shift to provide these warriors with the support they deserve, without the fear of appearing weak.”

Thompson credits his recovery from PTSD to self-awareness, professional help from doctors, and support from his peers. “It’s with thanks to my support network, that I have learned that you can’t simply cure PTSD, but you can learn how to combat the triggers in a healthy way. The old me would have reached for a drink. Now I know I can talk to somebody, go for a hike, or work in my woodshop.”

It’s important for first responders to remember that it’s normal to have a mental and emotional response to tragedies. Treatment is a viable option for first responders experiencing addiction and PTSD. Treatment centers across the country, like Warriors Heart, offer comprehensive services catering to the specific needs of law enforcement professionals; providing various levels of care, including inpatient and outpatient treatment and support groups.

A 1st Responder never knows what incident will be too much. Sometimes it just slips in, the coping mechanism becomes an addiction, a way to stop the emotional pain. What puts one officer over the edge, may be ok for the next, we don’t know how much the cumulative events play into what becomes unbearable for the officer. That is why we have to remove the stigma to seek help. It is ok to seek assistance in getting the events out of our minds and to have good ways of dealing with bad situations.

At Warriors Heart, heroes in every walk of life are welcome, offering a variety of treatments for those undergoing the damaging effects of PTSD as well as chemical dependency. For those who have fought battles to defend our country and our citizens, fighting the battle against addiction and depression doesn’t need to be done alone.

If you or a warrior need help with addiction, PTS, or co-occurring issues, please contact Warriors Heart’s 24-hour hotline (844-448-2567) answered by warriors and/or visit https://warriorsheart.com.