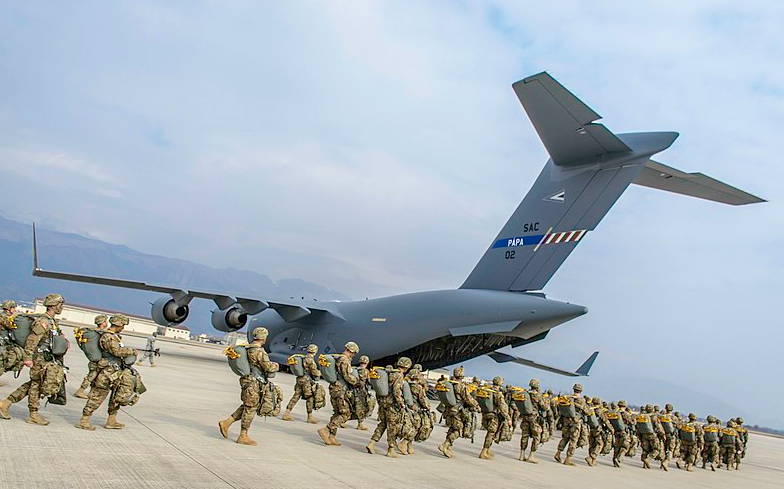 by a Military Spouse

Service members and their families face unique difficulties when it comes to managing finances, many of which leave us with a reputation for making poor financial decisions and accumulating debt beyond that of our civilian counterparts. According to this 2016 article, military families have an average debt-to-income ratio of 46.5% (10% above the national average). Whether we are, in fact, worse off financially than civilian families aside, it is no question that the circumstances which lead many military families into debt are different.

The average age to join the army, for example, is just under 21. While service members gain life experience beyond that of their civilian peers, it seems extended periods of time away from home (single or married) lend little by way of accumulating good credit or knowledge of balancing finances. I know my husband, prior to our meeting, aimed to have as few bills as possible in an effort to keep deployments and time away training as financially hassle-free as possible.

That’s not a bad idea except in doing so, he curtailed the typical first-time-on-your-own crash course in finances; plus, if and when he did need a loan of any kind the interest rate was through the roof due to lack of established credit. Once my husband and I met, he was able to comfortably leave bills behind, since I was home to cover our bases, but a young military marriage isn’t always a benefit financially.

According to this survey of 1200 military families, the average age of marriage is 22 (4 years below the national average) and another indicates that 50% of service members are married by the age 25. A young marriage between two young people (who have likely received little by way of education on personal finance) is oftentimes a recipe for debt.

A young marriage does, however, have the potential to be financially fruitful (possibly no kids yet, potentially without much debt, early in a career & able to put in the time needed for advancement) so where are military families veering off track? Communication likely plays a key role.

In the last 18 months, my husband has been home for a total of 4 non-consecutive months. The last year and a half have included a deployment as well as schools and training so the ways in which we’ve been able to communicate, when possible, have varied significantly.

Communicating primarily via email, text, or social media for months on end can result in major miscommunication. Not to mention the independence many spouses start to get used to while separated for long periods of time.

Military spouses often make household decisions without one another simply because they have to with finances being no exception. Add in the tremendous amount of stress many spouses are under while their soldier is away and the financial differences between us and our civilian peers become clearer.

It is no secret that emotional state and spending correlate; people tend to spend more irrationally when they are happy, sad, or both. Military families are constantly on an emotional roller coaster making it difficult to control spending. We are often indulging financially a little more than we should before our spouse leaves then celebrating their return with travels, new vehicles, and new clothes (understandably so!). Military families seem to be in perpetual oscillation between taking advantage of the one positive of deployments by saving extra money and enjoying the little time we do spend together by indulging.

Many couples come out of deployments with the best financial intentions but quickly lose sight of those once they’re finally in each other’s presence. The difficulty is, it’s all for good reason. We deserve quality time together, and our spouses deserve the food, vehicles, and vacations they spend countless hours daydreaming about. How then do we curb the emotional aspect of spending

Communicate. This includes speaking to a financial adviser, reaching out if stress is causing overspending, and most importantly talking openly about finances with your spouse.

Prepare. If you are a two-income family, still only live as a single-income family. This is particularly important for military families. I worked for the first half of my marriage and have been a stay-at-home mom since. Whenever I have been working, we continue to live as if I am not. Given the uncertainty of my employment as we move, it is imperative that we live as if my husband’s income is the only one we have. In doing so, extra money is well, extra and can be treated as such.

Budget. Have a financial plan and a budget in place that includes money for extras/fun. It is easier said than done but when living within your means, it is possible.

It’s hard to control financial impulse knowing you will be apart from your loved one for a long period of time, possibly forever. You want the few moments you have to be perfect and to leave your loved one with the best memories possible. It is equally as important, however, to be prepared for the future you are so hopeful for.

What most of us cherish while our spouse is away is our time together. You don’t have to splurge to say “I love you” so perhaps a better slogan for us to live by is “love like he deploys tomorrow.”