HomeCultureLifeThe Many Blessings of an @ss Chewing 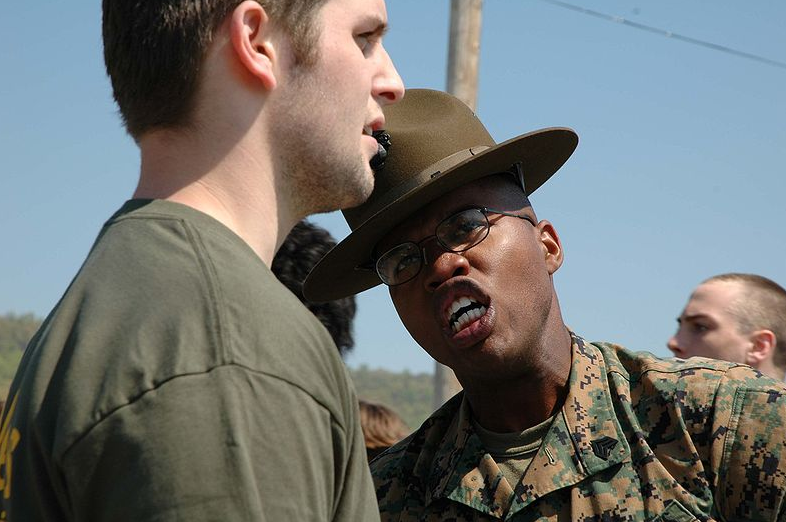 Okinawa in the 60s and early 70s was the ideal environment for a red-blooded American boy to grow up. There were endless woods and caves to explore, and treasure was everywhere; my little brother and I spent most of our time deep in the sticks, scrounging for all manner of military memorabilia left behind from WWII, and there was an ancient papa-san up the road who would give us cash for anything that was still composed of anything less than 20% jungle rot (though I know now that some of it was worth a hell of a lot more the shiny half dollars we were so thrilled to get).

And I was doubly blessed. I was a Boy Scout over there, and that meant that I got to spend 2 weeks in the summer deep in the boonies led by men who were all active duty military, some of whom were combat vets. The man who taught me the knots I still use to make my paragear was an Army Ranger with two tours in Vietnam behind him, and he’d soon ship out for his third. He saw how knots fascinated me and sat me down to teach me some of his favorites.

We played strategy-heavy games of night ops Capture the Flag that could go for hours, and we were encouraged to use the (really throttled back) boobie traps they taught us. What’s called SERE today they called “escape from controlled custody” back then, and we were taught that too, because it was just a given that most of us would end up joining the military. And our target range was more advanced than anything I’d guess the stateside Scouts had; we had access to the entire catalog of the U.S. military’s personal arms.

As you might suspect, our Scoutmasters were really into personal discipline. Rules were rules, not suggestions, and if they caught you breaking one, well, where’s the fun in correcting that in private? You could count on being an object lesson for every kid within earshot. Like the morning I lined up for breakfast before rolling my sleeping bag, f’rinstance.

I was in the middle of telling a joke when I all of a sudden wasn’t in line anymore. One of the Marines had snatched me clean out of it; now we’re almost nose to nose, his pupils were constricted, and looked like he was about to blow out every capillary in his head. This was 48 years ago and I still remember what he barked at me, word for word.

“You WILL police your act most ricky-tick or I will personally turn your health file into a fuck story.”

I didn’t even know what the hell that MEANT, but I didn’t want any part of it. He didn’t tell me what I’d done to earn his wrath, and no way was I going to ask, so I just retraced my steps until I found something wrong. The bell went off soon as I looked in my tent.

I’m told a Scoutmaster wouldn’t get away with offering that kind of guidance anymore. But I’ll tell you this; I never walked away from an unrolled sleeping bag again. And he didn’t go harsh just for the sake of being harsh. The following summer a buddy of mine committed the same sin but didn’t get caught somehow. When he crawled into his bag that night he found a habu had crawled in there that day; I’ll pick getting hollered at by a jarhead over sharing my bedroll with a nasty little pit viper every time.

This first appeared in The Havok Journal on September 24, 2020.