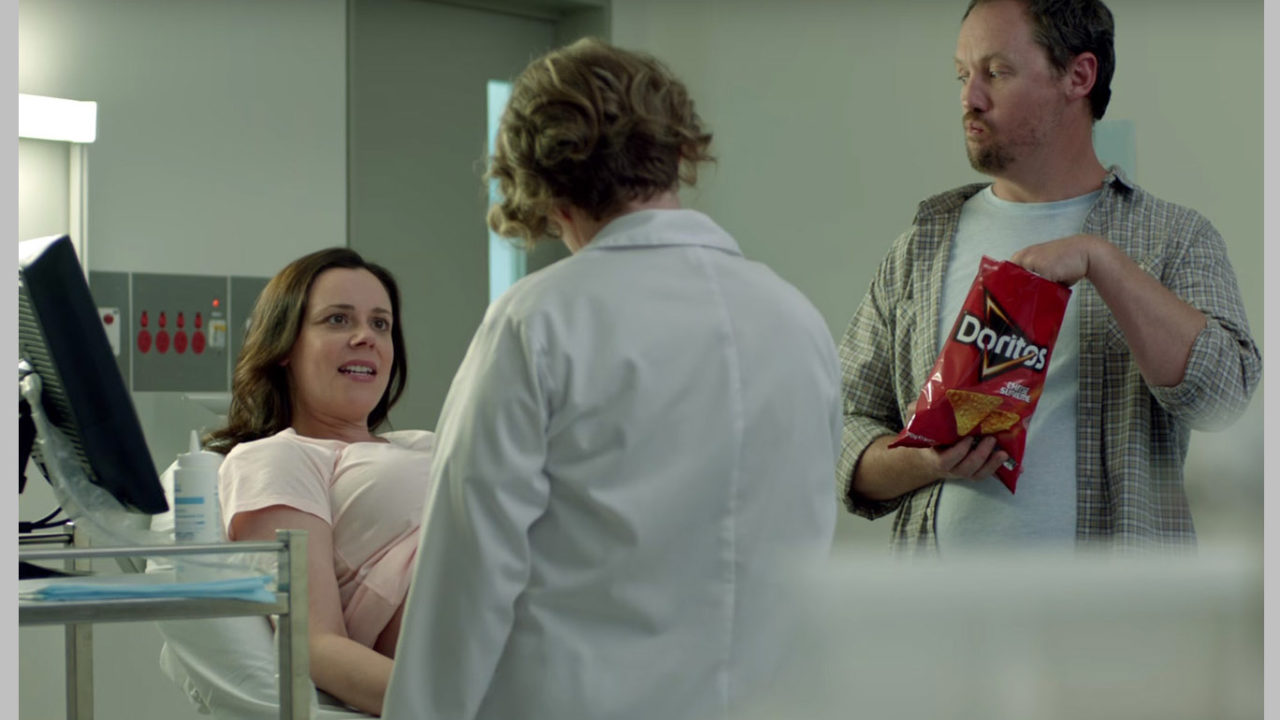 If you missed the Doritos “ultrasound” commercial that premiered during the Super Bowl and created all kinds of media hubbub afterwards, go check it out here. If you’ve only seen it that one time during the football game, you don’t need to check it out, because you remember it, don’t you?

Genius No. 1:  We will remember Doritos and Doritos alone as the snack chip that the spirited fetus rushes out of the womb for. 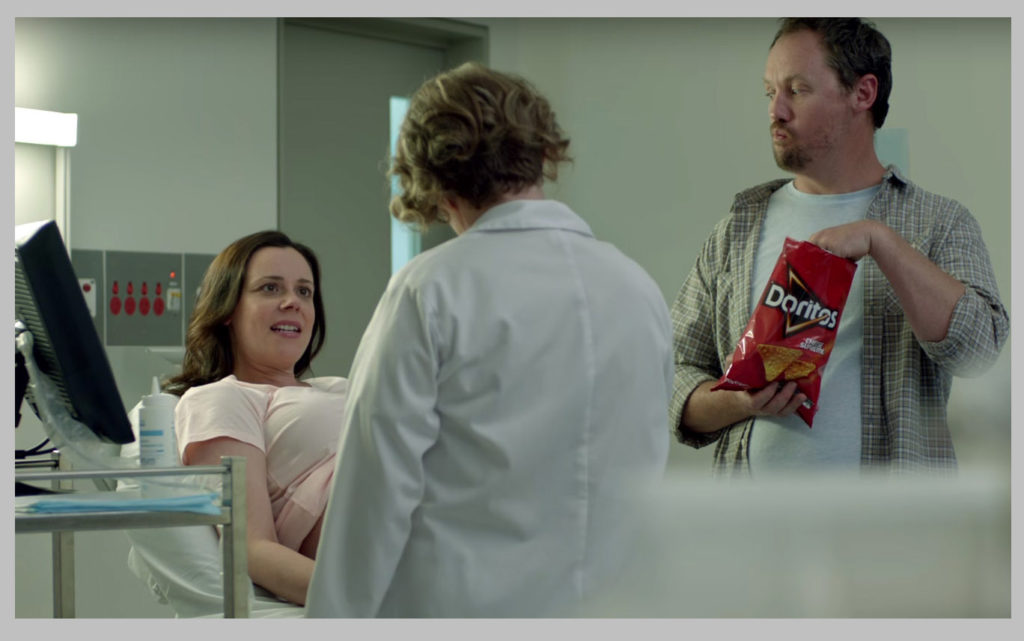 Clever and funny, the commercial is impossible to forget. And it’s impossible to not think “Doritos” when remembering it. Yes, Doritos specifically, not any other snack chip. Which is the primary purpose of a television commercial, to get the audience—the consumer—to remember the product by its exact name.

Such exact branding isn’t as easy to achieve as one might think. Take the series of automobile insurance TV ads featuring the devilish, destructive Mayhem guy. Quick, are the ads for Allstate or State Farm? State Farm or Farmers?

If there is any doubt about the specific brand name, no matter how clever and funny and memorable a commercial is, it fails in its first purpose if you do not reflexively, instantly remember the brand.

Genius No. 2:  The Doritos commercial unabashedly displays the universal differences between men and women.

That’s right, a politically correct culture can pretend that there are no differences between the genders—from nurturing to child-rearing to pre-school teaching to coal mining to skyscraper ironworking to NFL linebacking to combat soldiering—but the commercial shows otherwise.

The humor of the commercial is in its exaggeration—no husband is going to casually munch on snack chips while live-ultrasound-viewing his soon-to-be-born child. Not unless he doesn’t care that he’s going to really piss off his wife and suffer her wrath. 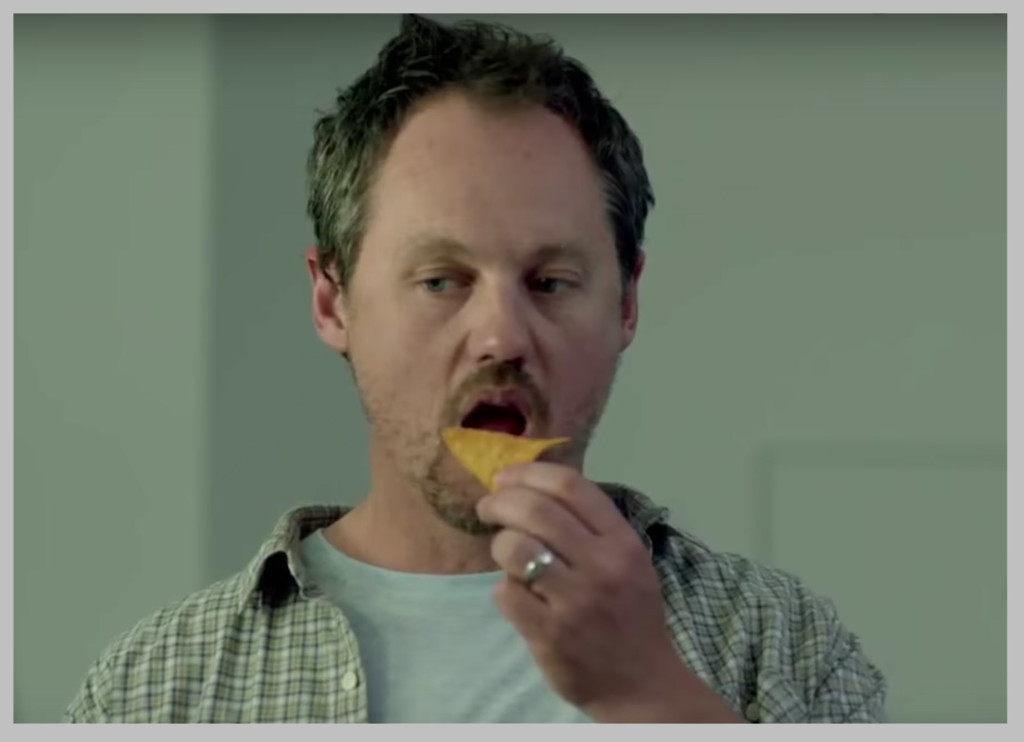 Exaggeration is the essence of humor—exaggeration of Truth, and Truth is the foundation of all effective humor.
And the Truth here is that by nature a man would eat snack chips during an ultrasound. By nature, for a man a quick look at the ultrasound fetus and a couple of “Oh, cool. Wow, way cool” is enough, it’s no big deal for a guy. Put a chainsaw in front of him, or a Glock, or a Harley, and that’s another thing. By nature, man is no more disrespecting the ultrasound by munching Doritos than he is the movie American Sniper while chewing Milk Duds.

The commercial then takes the male side of the gender difference a step further. As the man notices the fetus reacting to his Dorito chip, he investigates the causation. Like a scientist, in a way. Guys do that. Think of a guy on a pinball machine, whacking those paddles, faster, faster, faster, gotta send that ball there and over there and up that way there. Think of a guy teasing a kitten with a string. Finding the ticklish spots on his kids.

Finally, the commercial turns it around and nails the gender differences through the woman. Of course, this ultrasound is important and sacred for the woman—it’s her baby inside there being viewed, after all! Seeing her husband act like an immature teenager, she snatches away the Dorito chip, and she should. Fatherhood is right around the corner, never mind the painful ordeal of the woman’s imminent childbirth, and the guy is figuratively making arm farts in eight grade algebra class. 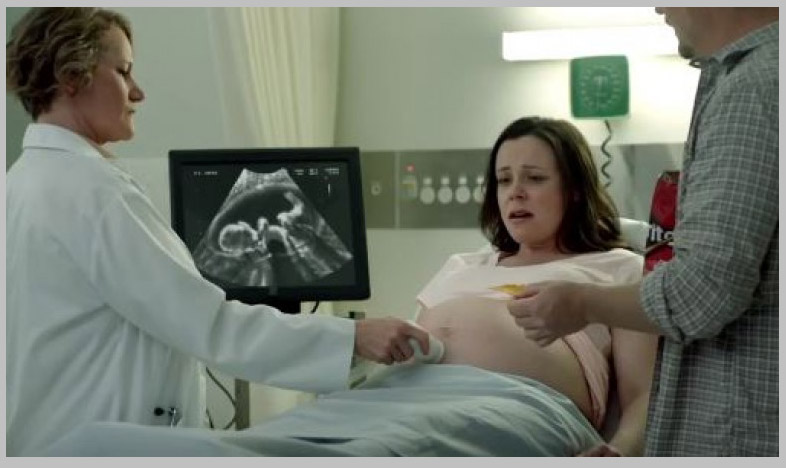 And wouldn’t you know it, feminist political organizations howled extreme offense that the commercial stereotyped women as being irritable and snappy and bossy.

How about we flip the circumstances and have a two-year-old toddler whip out his little wee-wee and pee on the wheel and muffler of daddy’s shiny new Harley. Mommy would find it adorably cute and would laugh out loud, and she would not be wrong in doing so. And daddy would seethe, first at the desecration of his macho machine, then at his wife’s finding humor in it.

Hail the gender differences! And thank you, Doritos, for being unafraid of showcasing them.

Try to imagine how many times in the days following that Super Bowl airing of the commercial that in birthing wards throughout the country, where overdue moms-to-be were frustrated and anxious and scared and fretting, and someone, whether a doctor or nurse or the husband or the mom-to-be herself, suggested aloud, “Maybe we should bring in a bag of Doritos.” 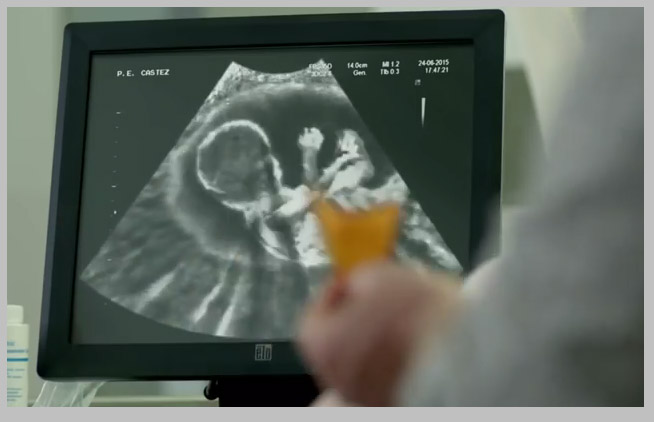 It’s a joke, sure. And a tension-reducer. And the hope that Perhaps a Dorito chip can shoot that kid out of there.

And how many doctors are now going to jokingly prescribe to overdue moms-to-be “One Bag of Doritos, STAT”? How many birthing wards will have on a shelf behind the nursing station a bag of Doritos just as a playful tool to relieve the tension of a 48-hour labor?

It is in that way that a TV ad, a brand name, becomes part of everyday culture.

It’s rare when that happens, but when it does, as with Charmin’s Mr. Whipple and Wendy’s “Where’s the beef?”, it’s advertising genius at its pinnacle—a brand name chiseled into the culture’s consciousness.

Paul Avallone is the author of Tattoo Zoo, a novel of the Afghan War.