HomeCultureLifeLighting a Candle Can Change Your World 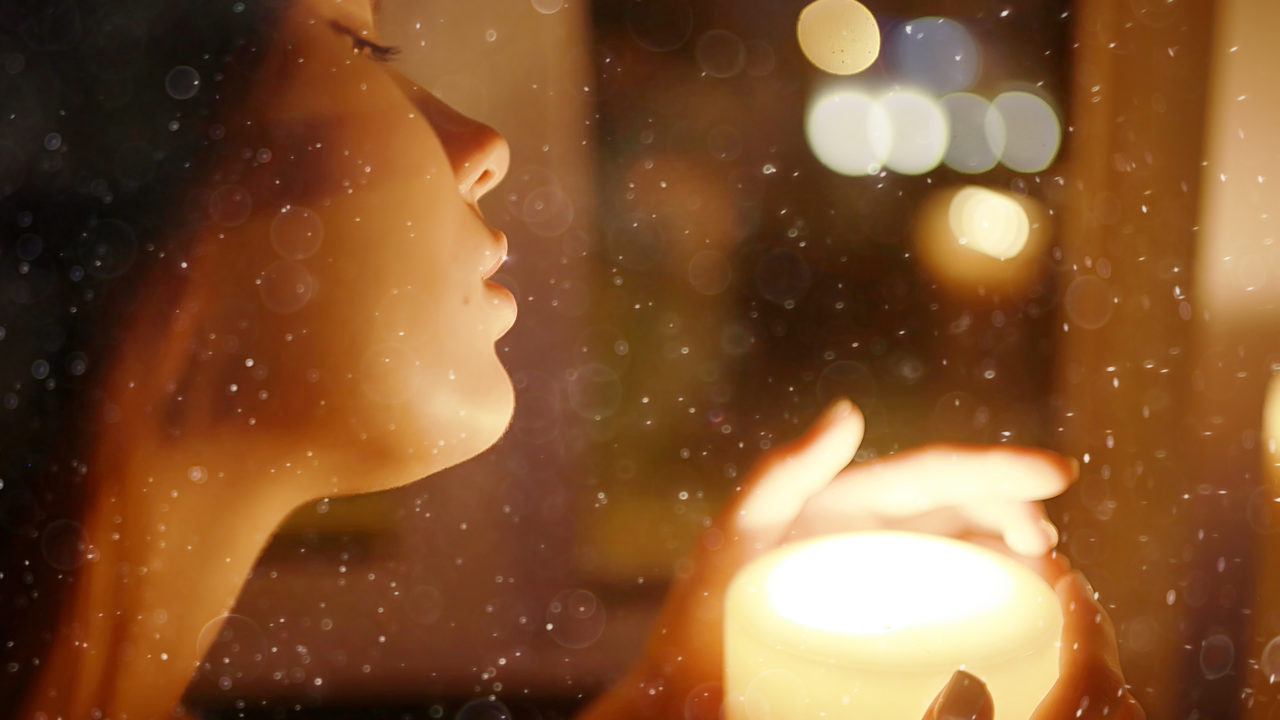 This first appeared in Frank’s blog on July 30, 2019, as “Lighting a Candle.” It is republished here with the author’s permission.

The church at Subiaco Abbey was empty this afternoon. I went in there. It was quiet and cool. The only light came from the stained glass windows, of which there were many. Most of the windows told the story of the life of St. Benedict, the patron of the monks who live at Subiaco.

There were two rose windows on either side of the church. One window had an image of St. Benedict, while the window opposing it showed a picture of St. Scholastica, Benedict’s sister. Near each window was a shrine with a metal rack of votive candles. The candles were white, paraffin cylinders resting inside of red, glass containers. Some of the candles were lit, and they showed faintly in the dim light of the church.

I had been thinking of three young people when I walked into the church. One of them was our eldest son, Hans: the newly married man, and the father of a lively seven-month-old son. Another of them was a young woman who just got transferred to a minimum-security prison, and who calls Karin and me every day. The third person was Stefan, our youngest son, who does difficult and dangerous jobs in his role as an Iron Worker. All three of them were on my mind.

I looked at the flickering candles and decided to light one for the three young people. I don’t often light candles, but it felt right. I decided to use one of the big candles, not one of the tealights. I noticed that there were no large candles left on the rack near St. Scholastica. Everything on that side was already burning. Walking over to the St. Benedict shrine, I found a couple of fresh candles, but nothing at all was lit there. A person has to use a thin wooden stick to ignite a new candle from one that is already lit.

This caused a slight dilemma.

I lit the stick from a burning candle on the St. Scholastica side and carefully carried it over to St. Benedict. The flame flickered and sputtered as I slowly walked between the pews. I thought about Hans as I watched the end of the wooden rod. I thought about how he sits on his porch, smoking Pall Malls and drinking cans of Lime-A-Ritas. He sits there and ponders. I don’t know what he thinks about. It could be little Weston, or it could be his wife, Gabi, or it could be his brutal job pumping concrete, or it might be bad shit from the war in Iraq. I don’t know.

I got the still-burning stick to a fresh candle. The candle brightened. I blew out the flame at the end of the stick. I also managed to blow out the candle.

I went back to visit St. Scholastica and asked her for another light. I restarted the flame on the wooden stick and, once again, carefully nursed it along as I walked to St.Benedict’s shrine. I thought about the girl in prison. She is doing better than she was in the maximum security facility at Taycheedah, but her situation still sucks mightily. She is struggling. At least she got the art supplies that we sent to her.

I lit the same candle. The flame was small, weak, and going out. The wick was too short. I tried to carve the wax around it with my pocket knife. The light grew faint and was extinguished. I needed to make another journey to see Benedict’s sister. I lit the stick a third time and navigated through the pews to the other side of the church.

I thought about Stefan. He is trying so hard to be self-sufficient and independent. He called us on Sunday because he found himself a bit short on money for his rent. It didn’t bother me, but it really bothered him. He was endlessly apologetic on the phone. I tried to explain that these things happen. I tried to make it clear that it’s okay to ask us for help. We’re his parents. It’s our job to help.

I tried a different candle. It ignited. The flame looked a bit delicate. I stared at it until it looked like it was going to make it. I said a prayer for the three young people.

Does lighting a candle actually make a difference? Does a single flame in an empty church change the situation of any of those three? Probably not. It is unlikely that the candle changes anything for them.

The candle only changes me. It makes me think of them, and pray for them, and at some point help them.

That candle is still burning.