HomeCultureLifeA Night at The Sands 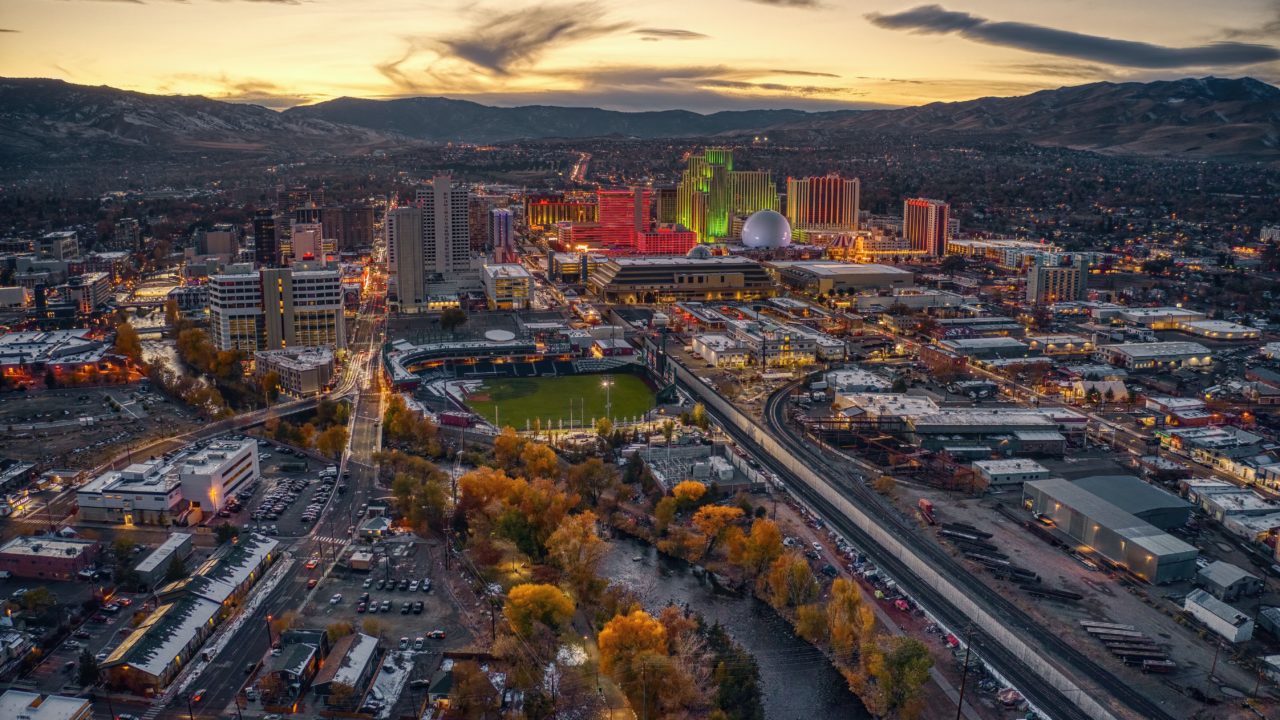 This first appeared in Frank’s blog on May 19, 2019, as “The Sands.” It is republished here with the author’s permission.

We stayed in a casino. We didn’t do it on purpose. Seriously. It just sort of happened.

Karin and I were on our way to Reno to see Joseba and his wife, Goretti. Joseba and I are friends because of a brief interaction we had at a peace action two years ago in front of Creech Air force Base in Nevada. The group was getting ready to do some civil disobedience, and Joseba and I struck up a conversation. It turned out that we were both writers. In any case, we talked for at most five minutes before we blocked the entrance to the air force base.

When the cops came, I got busted. Joseba didn’t.

By rights, our relationship should have ended there. It didn’t. Somehow, we stayed connected during the next two years. Joseba bought a copy of the book I wrote about Hans and the Iraq War. He sent me a copy of his book, “That Old Bilbao Moon.” (Joseba is a Basque. He has written a great deal about the city of Bilbao and the Basque portion of Spain.) Our correspondence centered on our writing, and family matters. We often talked about meeting again, but it never seemed possible.

Karin and I had stayed with Hans and his family in Texas, and we were on our way to visit Senji and Gilberto at their temple near Seattle. Reno was kind of on our way between Texas and Seattle. So, Karin and I worked it out to spend a night with Joseba and his wife, Goretti. Both Joseba and Goretti were in the middle of a massive transition in their lives. They were both retiring from the University of Nevada in Reno. They were busy selling their house so that they could move back to Spain. Karin and I were arriving to see them at a chaotic time. It turned out to be exactly the right time.

We arrived at Joseba’s house around 5:30 in the afternoon, after a long, lonely ride through the length and breadth of Nevada. Joseba was a bit surprised to see us come so early. We had expected to pull into Reno closer to seven o’clock. Goretti was attending a photography class, and she wouldn’t be done until 7:00. Joseba suggested that he take us over to the hotel where he had booked a room for us.

We didn’t stay in Joseba’s house because he had just sold it, and the place was half-empty and half in disarray. Joseba and Goretti had insisted on getting a hotel room for us in Reno. Karin and I were okay with that, although it seemed extremely generous on their part. Karin suggested that we offer to pay for the meal that evening. I mentioned to Joseba that Karin and I wanted to buy dinner. He would have none of it.

His instantaneous response to our proposal was, “No, of course, you won’t pay! We are Basque! You are our guests!” End of subject. That’s old-school hospitality.

We followed Joseba into downtown Reno. He pulled into the parking lot of The Sands. We were initially surprised, but not for long. We hadn’t expected to be staying in a room at a casino, but we should have. I mean, we were in Reno. Where else would a visitor stay besides at a casino? If Joseba hadn’t set us up at The Sands, we probably would have been at Harrah’s, El Dorado, or Circus Circus.

Karin and I had a nice room on the 12th floor of The Sands. (A bit of trivia: there was no 13th floor in the hotel. The elevator goes directly from the 12th floor to the 14th. “13” is bad luck and all that). Karin did notice that was impossible to open the room window. She surmised that this was to prevent big losers from flinging themselves down to the pavement below. Suicides are generally bad publicity at a casino.

Karin and I wandered around the casino until Joseba and Goretti came to pick us up for dinner. Karin had never been to an American casino before. I got plenty of experience in casinos last spring when I was wandering around the country with the Indians. They are all the same: no windows, no clocks, and enough flashing lights to trigger an epileptic seizure. There was no efficient way to get anywhere in the casino. Karin and I got lost repeatedly. Casinos are flashy, gaudy, and designed to keep customers inside. It’s a system that works.

Joseba and Goretti took us to a distant Italian restaurant. La Vecchia sat on a hill and it had a panoramic view of Reno. At night we could see the downtown all lit up with red, purple, and green lights. The restaurant was much fancier than the eateries where Karin and I usually go. I had never been in a place where the waiter offers to grate fresh Parmesan cheese onto your plate. The food was excellent, and the conversation was better.

Karin and Goretti spoke mostly to each other. Joseba and I did the same. We talked about writing, as usual. Joseba is an academic, so he writes all the time. Because of his job, he has to write. He has to produce essays for publication. This is where we differ. I write (as I am now) because I want to write. I don’t have a gun to my head. Joseba, until now, has been required to write, and that can be a curse.

We talked about retirement. I am already three years into my retirement. Joseba, although he is older than me, is just starting this new phase of life. Joseba knows that he will continue to write. That is his great gift. Now he can write when he wants, and he can write what he wants. This is a huge change for him. He wanted to know if he should start a blog. I didn’t have any good advice for him. I could only suggest that he write about his passions. Retirement is a wonderful thing, but the shadow of mortality hovers over it all. Joseba and I are in the last chapters of our lives. We need to make the days and minutes count. We need to do what we love, and we need to do it well.

After dinner, Joseba and Goretti took us back to The Sands. Joseba promised to share breakfast with us before we continued on our journey in the morning. He made mention to us that the gambling industry in Reno had faded somewhat during the last decade or so. Indian tribes in California had opened up their own casinos, and they had siphoned off customers from Reno. I could see that.

The casinos were still brightly lit, but they looked tired somehow. The sign for The Sands had a light burnt out where the “n” should have been. I noticed other things. Nobody was at the crap tables or playing cards. Anybody who was in the casino was sitting at the slots. The Sands had all sorts of posters showing healthy, happy, young people gambling. I saw nobody who looked like that. Everyone in the casino was old. They were not only old, but they looked rough. I remember one woman with an oxygen tank, playing the slots, and never once glancing away from the flashing screen.

Karin and I got up the next morning, and we waited in the casino to meet with Joseba. The bar was already open, and it was already full. I have had an early morning drink in my time, but these people were pros. I listened briefly to customers talk the usual shit that barflies talk. It was profoundly depressing.

We found Joseba, and we went into Mel’s 50s Diner, which is also part of the casino complex. Joseba noted that this restaurant was odd, in that it actually had windows.

Joseba said wryly, “You are getting the real Nevada experience.”

It was hard for us to say goodbye to Joseba. I think it was hard for him too. We had only had a few hours together, and we were lucky to have even that. Maybe Karin and I will go to Spain, and visit Joseba and Goretti. Maybe they will visit us in Wisconsin. Who knows?

All I know is that we are grateful for the time we had. Truly grateful.