HomeCultureLifeLessons in Assertiveness on the Jersey Turnpike 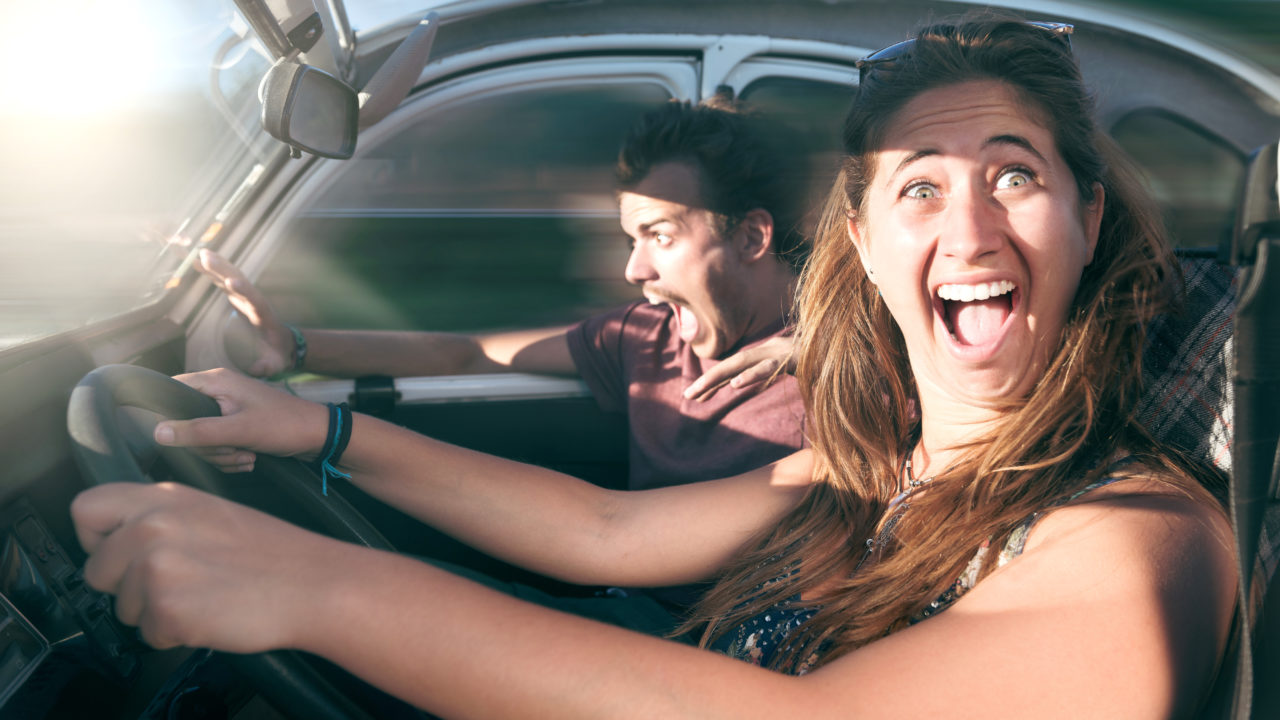 This first appeared in Frank’s blog on September 26, 2017, as “Just Get There.” It is republished here with the author’s permission.

Karin and I had been in Jules’ house for maybe an hour. It was mid-afternoon when we had arrived at his home. All our stuff was still in our car. We had just been talking and relaxing around his living room table.

He asked us, “Do you want to go to a beach house on the Jersey shore?”

I asked him, “When were you thinking of doing this?”

Karin and I got our bags out of the Toyota and threw them into the back of Jules’ minivan. Jules collected some pillows and bedding for the beach house. He also gathered some stuff out of his refrigerator to cook us supper when we got to the Jersey shore. Jules’ van has some miles on it. He has a peace sign on the back along with a sticker that says “War is Terrorism with a Bigger Budget.”

Jules drove from Bergenfield through Teaneck to the New Jersey Turnpike. At the entrance to the turnpike is a long row of toll booths. Once you get through the toll, it’s game on. The New Jersey Turnpike is glorious in a Mad Max, post-apocalyptic sort of way. There are seven lanes of traffic going in either direction. That is amazing. Chicago isn’t like that. Even Los Angeles isn’t like that. The turnpike is in a class all its own.

We drove southwest for a while, past the Meadowlands, past the cranes of Jersey City on our left and the towers of Newark on our right. Eventually, Jules got on to the Garden State Parkway, which runs through a rural setting near the coast, and does not seem nearly as intense as the turnpike.

We had been on the road for maybe ninety minutes when Jules pointed out some cars ahead of us.

“Those are commuters from the City.”

“Oh yeah. Housing is much cheaper when you get far from New York. If you want a nice house, you have to put on some miles. Some people commute to the City from Pennsylvania.”

I tried to imagine that commute. I visualized having a lovely home on the eastern edge of Pennsylvania and driving all the way across New Jersey to some high-stress job in Manhattan. At the end of a long and frustrating day, fighting traffic on the expressway all the way back across New Jersey. I just couldn’t wrap my head around that. There is nothing worth that kind of abuse.

The next day Jules drove us to the Buddhist gathering in Queens. Rose came with us. We left Bergenfield and made our way to the Lincoln Tunnel. There are many lanes of traffic that go toward the Lincoln Tunnel, but only two lanes actually enter it. At a distance from the tunnel, there is a funnel effect. The traffic slowly condensing from multiple lanes to two. That is a sight to behold.

Jules was engaged in the funneling process and Rose was actively encouraging him in his efforts.

She said, “Okay, you’re doing great. Just move to the left, and get in front of that car. There you go! We’re in!”

Rose turned to Karin and myself and said, “Now we wave and smile at the people in the other car!” I’m not sure that they smiled back.

Rose went on, “You have to be aggressive around here. I know that from riding the bike. If you just wait, nobody will ever let you in.”

She paused for a moment and said, “Maybe ‘aggressive’ isn’t the right word.”

She turned to her dad, “We’re nonviolent, right?”

I suggested, “How about ‘assertive’?”

New York drivers are ruthless. They don’t often use the blinker because it is pointless. The blinker is just a tease. Nobody cares about it.

No, a New York driver gently and calmly nudges his car into the next lane and then cuts off the poor bastard who has left him a foot of room. Then the lane-changing driver waves and smiles. It’s brutally courteous.

The driver who prefers not to have his lane space violated also has options. Rose pointed out a guy in a van near us. “See this guy? He’s pretending that he can’t see us trying to get over. He won’t give us room. That’s kind of polite in a New York sort of way.”

People sometimes use their horns. That was obvious when we were trying to merge onto a street from the Jackie Robinson Parkway in Queens. Traffic was completely stalled. No movement. Lots of noise.

On the other hand, I have seen people on streets in New Jersey stop so that somebody coming from the other direction can make a left turn. This is an act of both kindness and necessity. Traffic is often so dense that there is an endless stream of cars going both ways on a road. If somebody doesn’t cut another driver a break, then that other driver will never get to make a left turn.

Overall, the drivers I saw were all competent.

They were just assertive.