EDITOR’S NOTE:  Possibly “not safe for work” due to mild language and an image of a graphic physical injury.

If you’re in the Army, you’ve probably already heard all about Joe.

“Joe” is a term of endearment used to describe Army personnel of both genders and all ranks, but especially the lower enlisted.  The term can be used individually or collectively, but is most often used as a collective term.  “Leaders, take care of Joe.”  “Don’t ever screw with Joe’s pay.” “Joe loves hot chow.”  “You never know what Joe is going to do next.”

Joe is a great guy.  He’s the one that bears the brunt of the fighting, handles the crappiest jobs, and does the majority of bitching about it all.  In short, Joe wins wars.  It has been this way since the beginning of our Army, long before we were all known as G.I. Joes.  Our Army would be nothing without Joe, and his earlier incarnations:  ground pounders, dog-faces, doughboys… the list goes on.

As I said, Joe is great.  Unfortunately, Joe also does some really dumb stuff.

I’ve been in the Army a long time, and I’ve seen Joe do a lot of… interesting things.  Some have been worthy of a simple head-shaking, others required a double face palm.  When I work with the young people who are going to be the future leaders of our Army I explain to them, “One of your primary duties is to help keep Joe from doing dumb shit.”  That always seems to shock them, but it’s 100% true.

Examples of dumb shit might be hooking up with the First Sergeant’s underage daughter, taking out a loan for a five-year-old Mustang at 25% interest, marrying another service member just to get the BAH, …or trying to use a live .50 caliber round as a hammer.  More on that later.

In an era of EO, SHARP, extreme political correctness, and general liberalization of our Army, leaders these days are too afraid to get into Joe’s business.  They think that they’re being too intrusive or that they are interfering with their Soldiers’ rights if they make spot corrections or en gage in hands-on leadership.  They think they’re getting into junior leaders’ business if they show up in the motor pool, the barracks, or training areas unannounced every once in a while.  Basically, they think that a hands-off approach is best in our modern Army.  They are wrong.

Being a hands-off leader briefs well, and makes the individual sound enlightened.  Some Army leaders, particularly officers, use hands-off leadership because they are lazy.  To them, all Soldier issues are “NCO business,” and they know that being involved means they have to tear themselves away from their iPhone and whatever passes for the O Club these days.  Hands off is good because it’s cleaner.  Or so they think.

But being a leader, a real leader, a combat leader, is always messy, and complicated, and time-consuming, because you’re dealing with people.  Dealing with people is always messy, complicated, and time-consuming.  It’s also enormously satisfying when done correctly, and is the whole reason we assumed the mantle of leadership in the Army in the first place.  If you don’t want to get your hands dirty with Joe’s business, helping him accomplish the mission, stay out of trouble, and be successful in life, choose another profession outside the military.  Like, maybe the Air Force.

Here’s a little war story involving a literal “hand’s off” incident (you’ll see what I did there shortly) to emphasize the point:

During one of my deployments to Afghanistan, we received a Weapons Safety Message, more commonly known as a “Safetygram.”  Weapons-related Safetygrams can be issued for a number of reasons, but the two most common types I came across were either related to a major weapon malfunction, or were due to what my old First Sergeant used to refer to as “operator headspace and timing.”*

In this particular case, it was the latter.

To sum up what happened, a young Army gunner in another unit was readying his .50 caliber machine gun for combat operations, but was having a hard time getting the pins into the weapon’s mount.  This happens; the weapon is heavy and it’s a bit of a pain sometimes to get everything to line up like it is supposed to.  But without the pins in place, the machinegun would not stay mounted.  That’s kind of a big deal in combat. 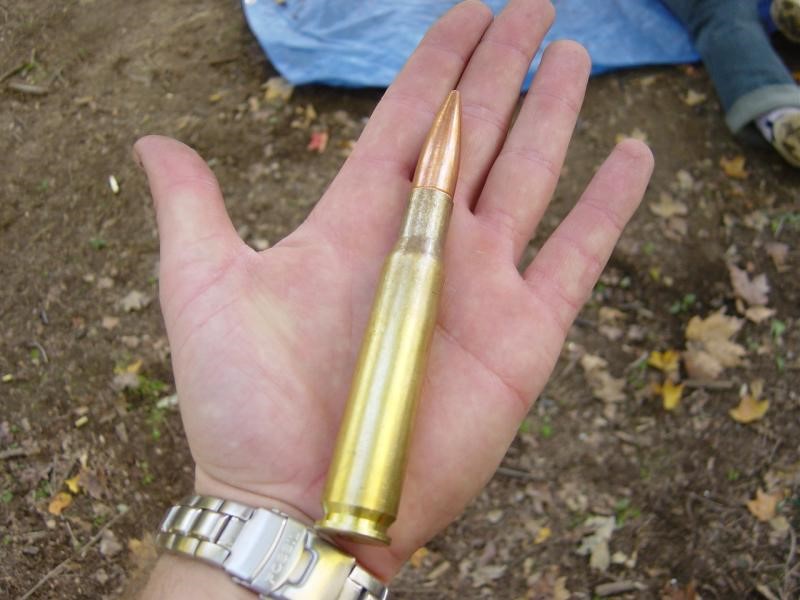 Thinking that a little pounding would help, the young troop looked around for the nearest hard object that he could use as a hammer.  Well, this is Afghanistan, so maybe a rock?  That didn’t work.  Hm… what’s something that’s small, hard, that fits in a hand, is strong enough to pound a pin into a gun mount, and that Joe .50 cal gunner is going to have handy?  Well, he’s going to have lots of .50 caliber cartridges.  That’s right, for whatever reason, Joe decided to use a loose .50 cal round as a hammer to pound in the pins to hold his machinegun in place in the turret of his vehicle.

Those of you who understand how modern bullet cartridges work probably already know how this little story is going to end.  For those of you who are not familiar, in general terms the way modern bullets work is that a firing pin strikes a primer on the flat end of the bullet cartridge, which in turn sets off the primer, igniting the propellant, separating the bullet from the cartridge and sending the bullet downrange.  The percussion of a weapon’s firing pin against the primer is what causes it all to happen. 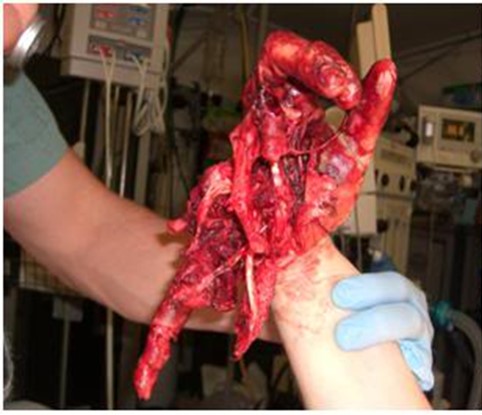 And of course the bullet fired.

Holding the live round in his right hand, he repeatedly struck it against the pin… until it went off.  Fortunately no one was struck by the round itself, but the force of the escaping gasses destroyed the Soldier’s right hand, as shown in the picture.

My first thought upon reading about this act was, “where were this guy’s NCOs?”  Who thought it would be a good idea to use a live round as a hammer?  Isn’t a .50 by definition a crew served weapon?  Where was the rest of the crew?  Did no one else around him recognize this probably wasn’t a good idea, and try to stop him?

I don’t know the answers to any of those questions, and for purposes of this article, they’re not important.  “What” and “where” and “how” don’t matter nearly as much as “why.”

Like I said earlier, I wasn’t present when this incident with the “.50 round hammer” happened, and there could have been all kinds of extenuating circumstances.  But a leader SHOULD have been there.  A simple “STOP!!  WTF are you doing, Private?” might have prevented this Soldier from suffering a permanent disability, one that he won’t even get a Purple Heart for. 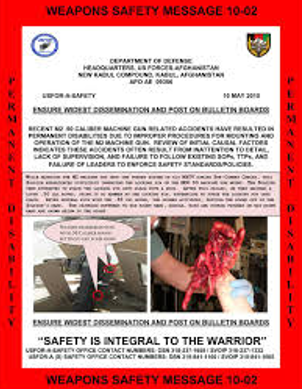 If you want to see the Safetygram for yourself, either to learn more about it or to make sure I’m not feeding you a line of bull, here you go.  The Safetygram for this incident listed lack of leader supervision and lack of following proper procedures as contributing to this accident.  I believe that is completely accurate; most catastrophic failures like this usually involve failures from both Joe and his leaders.

There is a distinct difference between being hands-on and being a micromanager.  People often confuse the two.  Hands on leadership doesn’t mean doing the jobs personally, but it does mean being personally present to ensure the job is done right, and that no shenanigans are taking place.  In some units, and under some circumstances, hands off is an effective approach.  But generally speaking, Joe does well only those things that the boss checks.  Trust, but verify.  Empower, but monitor.  Delegate, but supervise.  Bottom line:  Army leadership is a hands-on business.  You can’t get your hands on a problem if they are elsewhere.  Especially if one of them just got blown off.

*In a military context, the term “headspace and timing” usually refers to a portion of the steps that must be taken to ensure a .50 caliber machine gun is in proper working order.  “Operator headspace and timing” is an Army colloquialism that means the same thing as “operator error.”