HomeCultureHypervigilance: Are You Always Alert? 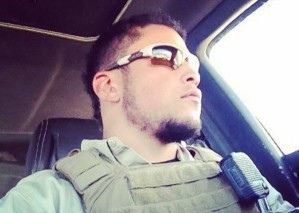 We were in the middle of Subject Control and Arrest Techniques in the Police Academy when I earned the name “Code Red.” If my bearing and violence in movement to complete tasks weren’t enough of a giveaway that I had recently served in the military, then my “hypervigilance” would dispel any doubts. I was the recruit that assessed everyone. Hand dominance of strangers, facial cues, security measures of structures, and position in tactically advantageous locations at all times… on day one. 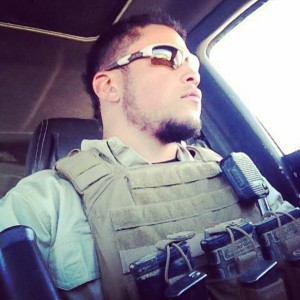 My previous training has increased my survivability and my experiences validated my training. This cycle has manifested into a behavior pattern; a learned based behavior pattern. In order to survive to the point of writing this, I was required to adapt. It’s really that simple.

To further understand the specific perceived “hypervigilant” behavior patterns veterans experience I will provide a few examples. A veteran may feel ashamed for asking his date at dinner to switch seating so he has the most tactically advantageous position. To him, this is a normal request, but to his date, with less training and experience this is a maladaptive veteran that is paranoid.

To the veteran, he would like to assess the security measures of the restaurant, the atmosphere of the customers, spot of key agitated individuals that may be potential threats, hand dominance of those in close proximity, entry and exit locations, where he can place his Oakley’s on the table to have extra eyes in his blind spots. These are reasonable measures to take prior to agreeing to spend 2-4 minutes tunnel-visioned into a menu of food options that will distract overall situational awareness. This way of thinking is not widely helpful for the American public.

Learned based behaviors are exactly that. Whether guidance was provided or sought individually, the learning curve occurred. The behaviors are the visible symptoms of the training. Experiences that individual encounters provide feedback and validation if the behaviors should be continued or discontinued.

Many who have deployed in combat encountered imminent threats daily. They had to scan for potential threats, watch for pattern changes and irregularities, maintain heightened awareness, and rewire their thinking as a whole. Within 1 month of my last deployment, there was no rewiring/reintegration training for heightened awareness. I maintained my “code red” mentality.

Condition Red according to Jeff Cooper’s Model of Color Codes is the fight mentality. In this state, the individual is ready to violently respond to imminent threats.

It was suggested in the police academy to shift from condition red to fewer alert conditions depending on the situation according to the Cooper Model. I disagree with this suggestion. I have learned over time that situations change rapidly and unexpectedly without notice. Being a medic, tactical casualty care can instantly revert back to care under fire. If I were to drop my awareness down because of time, location, and situation changes I severely decrease my chances of survival.

Rather than shifting conditions like the gears to a vehicle, I suggest taking preventative measures while maintaining heighten awareness. Steps could be a simple as combat parking in the rear of a grocery parking lot that is well lit, walking to and from your vehicle with keys in between the index and middle finger, with clear paths to egress. It takes time with repeated exposure to various environments to learn to “shift” your condition codes or states of awareness. In the meantime, take preventative measures to decrease your discomfort in potentially threatening situations.

To the veteran who has separated from service and feels ashamed for asking to change seats during a dining situation, embrace your training. Know that it is not maladaptive to have learned based behavior patterns that have been successful for you. Seek to improve daily on the things that make you comfortable and on the things that make you uncomfortable. You are either at the table or on the menu.

This article first appeared in The Havok Journal on November 2, 2015.