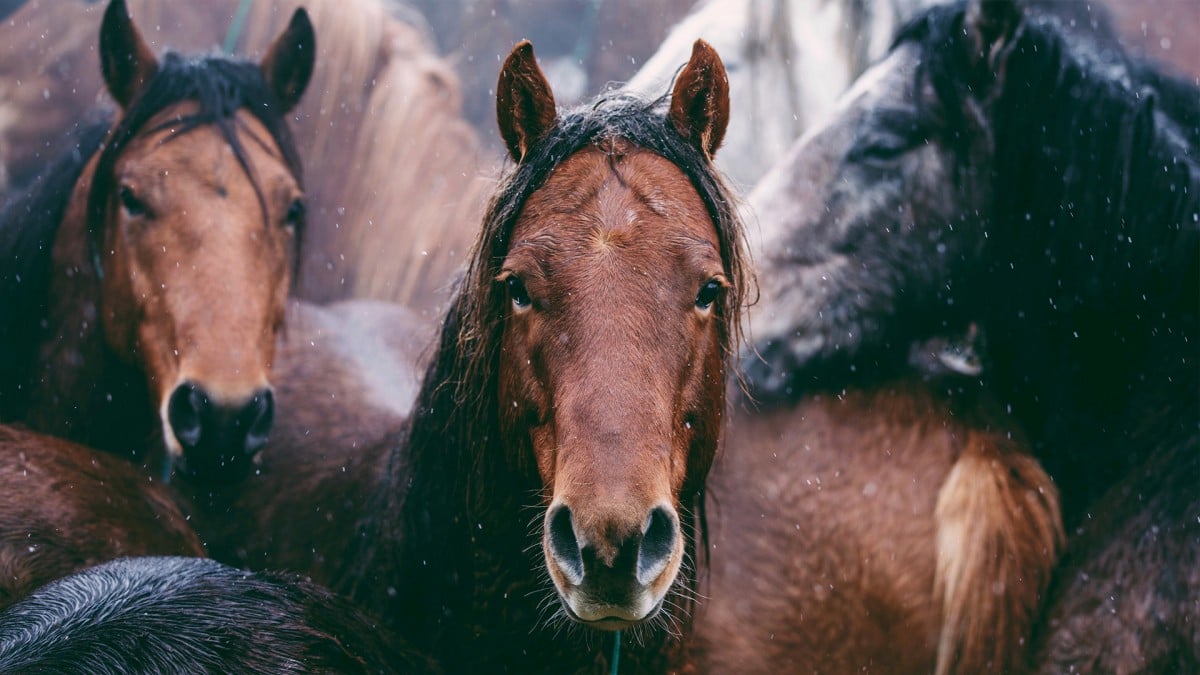 #NotAVacation, that is what was repeatedly emphasized for weeks to months before I ever stepped foot on the Jumping Horse Ranch in Ennis, Montana. That point was driven home day after day during my time as a student in Class 2-19 for the Heroes And Horses program this past summer. “Not A Vacation” almost sounded like a dare to me. “Oh, you think I won’t enjoy the shit out of this?” In true military fashion, I did everything I could to war game the program and try to find out what to expect before I even left Bakersfield, CA, without getting a whole lot of intel. During those 40 days in Montana,

I would be tested and stressed in ways I hadn’t have been since my time in Army Special Operations or the US Forest Service. I frequently found my nerves shot. “Not A Vacation” would be something we would laughingly say to ourselves on good days and would curse it on all the many days that weren’t. We would spend 19/40 days in the Gallatin National Forest, deep in the Lee Metcalf and Absaroka-Beartooth Wilderness, riding somewhere between 225-250 miles on Mustangs that were broke only a handful of years prior while leading a team of pack animals made up of mules and other horses. At the risk of sounding sensationalistic, we would battle dangerous storms, hunger, anger, plague levels of biting insects, and at the low points, our fellow students. The biggest obstacle we would face wasn’t the elements, or the workload, or the sometimes-touched-in-the-head animals, but rather ourselves, and the doubts we carried in our heads, hearts, and spirits. 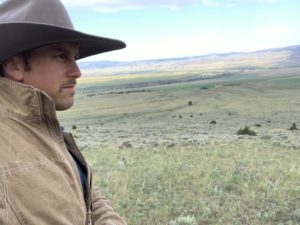 The only person I had known to have gone through the program at the time was a Ranger buddy who I had seen on a Youtube video about the program. About 9 months earlier, I was cruising youtube in another late night wormhole after watching the documentary “Unbranded” (which I can’t recommend enough.  If you have not seen it, fix that yesterday). The video was titled “500 Miles”, and after I saw one of my 2nd Ranger Bn and Ranger School class 11-08 buddies, I immediately contacted him and asked “What..was..that?!” The long and short of that conversation was him telling me to apply immediately. He had told me of the incredible changes the program had brought to him, and how it had helped his life immensely. Knowing that my buddy had a few pretty intense deployments under his belt, I listened. I was dead damn hooked, and the next day, I filled out my application after showing the film to my fiance and having one of our many long and deep conversations.

I had spent my entire Army career in Delta Co, 2nd Ranger Battalion as a medic and after the Army, I worked for the US Forest Service for 8 years. I spent my time on Texas Canyon Hotshots, Bear Divide Hotshots, and various Type 3 Engine modules. So my time in the backcountry/wilderness and my ability to be comfortable being uncomfortable made me feel like I had an “advantage” going in. I had also grown up owning 3 horses, and spending a lot of my summers as a kid on a cattle ranch in Lincoln, Montana (favored hiding place of Ted Kaczynski, yup, the Unabomber… dude rode his red bicycle right by the house all the time, had no idea). I thought, incorrectly as I would later learn, I was already a rider. However, the biggest equalizer between myself and the 7 other students in my class was the demons and issues we all brought along with us. We had no idea, but the playing field was even.

Some of us had various degrees of PTSD diagnoses, depression, anger issues, substance abuse, anxiety, etc etc.  Every student has various reasons for applying. After leaving the Army, I found my home back with the U.S. Forest Service. Being on a type 1 Interagency Hotshot Crew was like being in a Ranger platoon again. It fit, and I absolutely loved everything about it (most days..just like the Army). I didn’t care that the money in firefighting was to be made elsewhere, working for LA County or LA City Fire Department. I loved being a wildland firefighter; screw fighting fire in a “box” and going on bandaid runs all night. I have always been a conservationist (not to be confused with an environmentalist). I loved taking care of the land for others to use in the future, the thrill of fire, the complex dance between science and grit, and the tradition.

My last fire season was on Texas Canyon Hotshots on the Angeles National Forest in Southern California. I had waited my entire firefighting career to finally land a spot on TC, and in spring 2015 I got my transfer. I have to say it, my first and only season at TC was somewhat of a bust. I didn’t do as well as I knew I could have, should have, and wanted to. I didn’t perform at the level TC had come to expect of its firefighters. I was the crew’s “okayest” Hotshot. I was dead set on making sure my second season on the crew went day and night better. Then on December 12th, 2015 I was in a motorcycle accident that effectively ended that chance. Devastated isn’t strong enough of a word. My spirit was crushed.

My whole identity disappeared. I was going to be a “30-year guy”, and that was now gone. So my drinking, which was already way higher than was healthy, increased and now I had a new partner in misery: pain pills, and a LOT of them. I will also admit that from 2015-March 1st 2018, many things are a blur. I completely lost myself and my grip on things. I did terrible things. I betrayed friends, brothers, family, myself. It was like a very long out of body experience that only got incredibly worse in 2017. But I didn’t tell anyone, of course. I had NO clue who I was anymore. I was rudderless. Maybe I would find “me” again at H&H. One of the first things I had to do was finally get sober. So on March 1st, 2018, I put the bottle down, and at the time of writing this article, I have not picked it back up.  But that is a story for another article.

To truly get into the brass tacks about this program, I would need a lot more than this article to cover it all. Heroes and Horses is a program for combat veterans based out of Manhattan, Montana; a suburb of Bozeman. H&H students spend 40 days in Montana for phases 1 and 2, which run back to back, and Phase 3 is done at various locations for various outfits, and the students venture out on their own. Their mission statement reads “Heroes and Horses exists to redefine the relationship between challenge and purpose, by reintegrating combat veterans through an innovative, comprehensive and effective process that uses the wilderness, the horse/human connection, and a proven leadership model.” My initial thoughts were “oh this is going to be a program for guys to ride around on ponies in a round pen with helmets on and talk about our feelings and yada yada yada.” I have been wrong about a lot of things in my life, but holy hell was I about to find out how wrong I could be.

About the Author: Tim Selbrede is a veteran of 2nd Ranger Battalion where he served as a medic and a former Hotshot with the U.S. Forest Service. Tim’s journey has taken him from the lowest and darkest places to a life fulfilled by helping other veterans get out of their own way and start living their lives as they are intended to be lived: fully and colorfully. Based out of Southern California, Tim’s goal is to continue to serve his fellow veterans by engaging them in constructive dialogue and connect and network them into positive changes in their lives. Whether it’s through jiujitsu, horse work, fishing/hunting, or bullshitting over coffee, Tim’s goal is to spread the message of recovery and serve others while learning from other’s experiences.